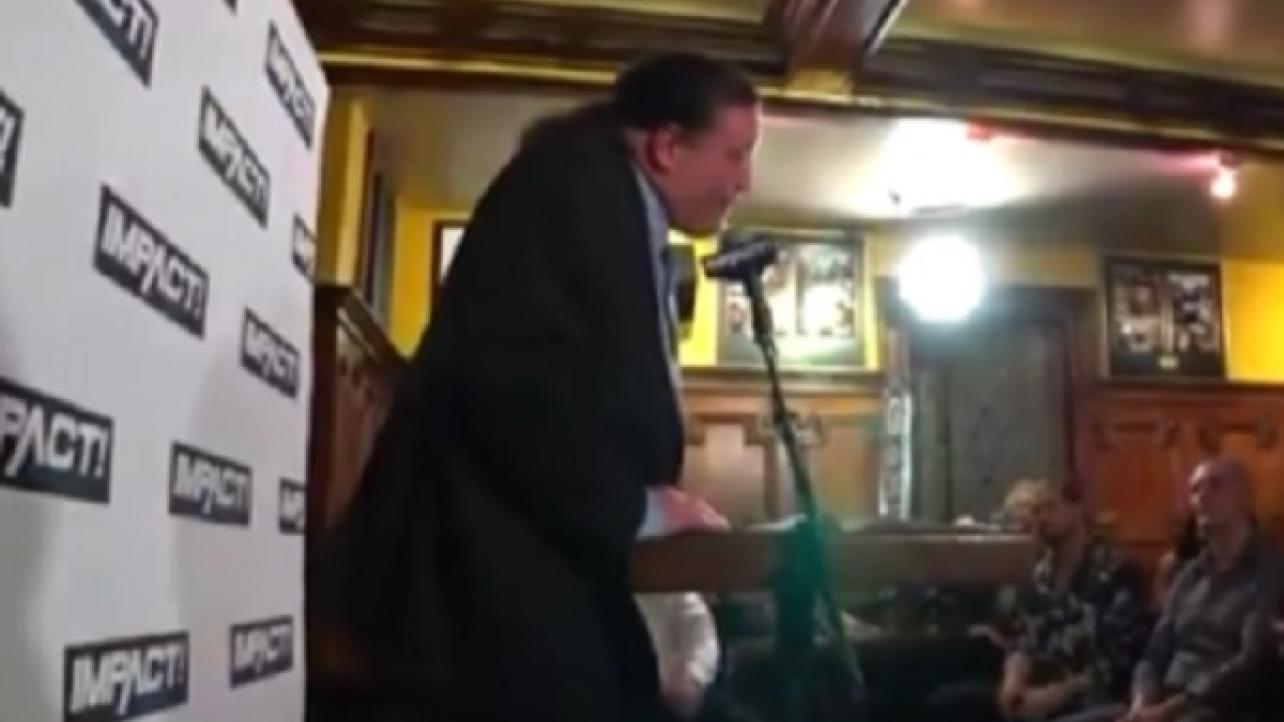 As advertised, Abyss was inducted into the Impact Wrestling Hall Of Fame this weekend.

The longtime Impact Wrestling star who has also worked under the name Joseph Park during his run with the promotion, was inducted into the Hall Of Fame by “Sinister Minister” Jim Mitchell at a ceremony at McHale’s Pub in Manhattan, New York last night.

Check out video highlights of Abyss’ Impact Wrestling Hall Of Fame induction below. You can check out his complete induction speech here, and the entire ceremony here.

“To the fans, you guys have been glue that’s held this Monster together for the last 17 years.” – @TherealAbyss thanks the fans. #IMPACTHoF pic.twitter.com/LiLxhd62mX

.@TherealAbyss dedicates his Hall of Fame induction to all his fellow IMPACT Wrestling originals. #IMPACTHoF pic.twitter.com/swotzuKLlk