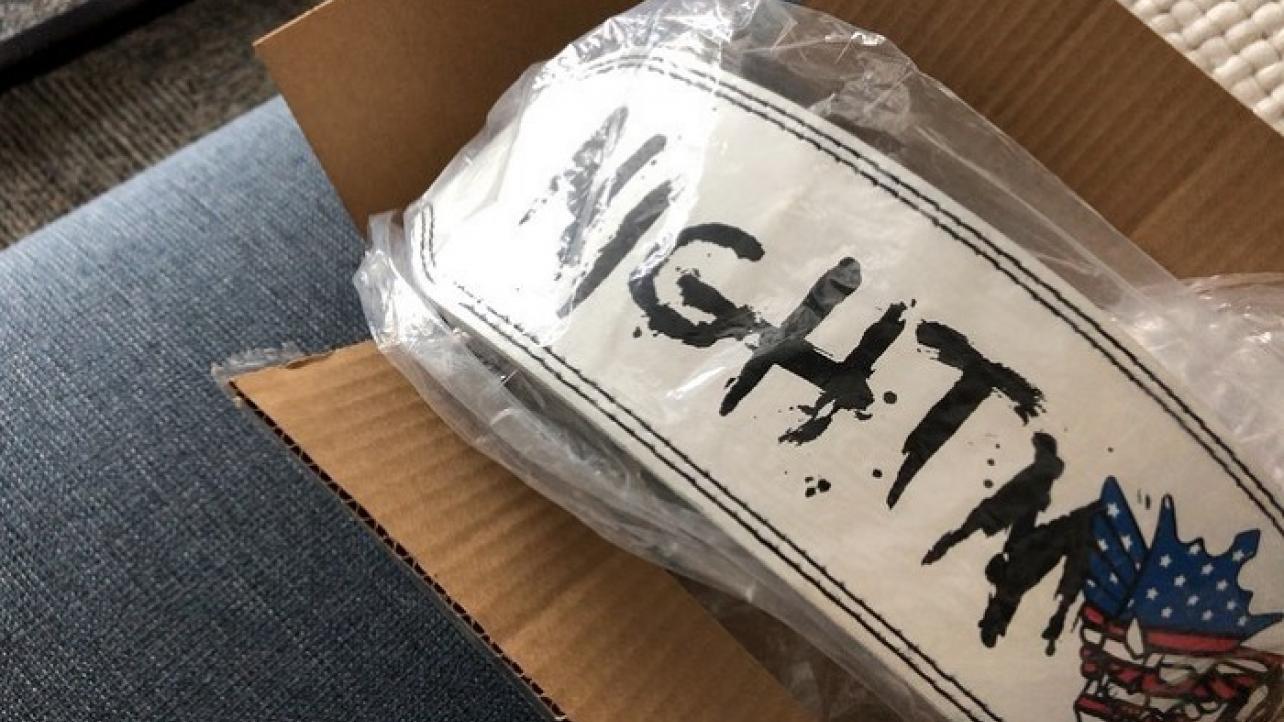 Video: Cody Teases Being Able To Use “Rhodes” Name Again In AEW

It looks like the All Elite Wrestling (AEW) Executive Vice President (EVP) with one name — Madonna style — is hinting that he may soon have a full name again in the near future.

AEW EVP Cody recently took to social media to post a video that shows off his new custom weight belt that he will wear as part of his ring attire when AEW Dynamite on TNT kicks off this coming Wednesday night.

One belt stands out more than the others, as it indicates that “The American Nightmare” may soon be able to once again use the “Rhodes” last name for use in AEW.

Cody has not legally been able to use the name since his WWE departure back in 2016.

Cody Rhodes told Sports Illustrated back in 2017 about his feelings regarding the legal issues behind the use of his last name for his pro wrestling career outside of WWE.

“I’ll tell you this, and I’ve not told anyone this, but I don’t mind that WWE took away my last name. Deep down, in my bones, I definitely want it back – and I have plans to get it back – but there is something to being Cody. The longer I don’t have a last name, the more I’m OK with it.”

Check out the aforementioned video teasing the return of Cody using the “Cody Rhodes” name below.

Editor’s Note: Join in on the eWrestling Disqus Interaction with other die-hard fans below!

Here is one comment featured in our eW Disqus channel below:

I hope this is true …I feel AEW and Cody being one of the main guys behind it has SUCH a Dusty Rhodes — NWA/WCW feel to it. TNT, etc. Literally the whole thing is like it’s happening all over again, with the same people, but modernized.

I feel the RHODES name is a legendary name and one that DESERVES to continue forward, REGARDLESS of the promotional banner it falls under at a given time.

AEW Dynamite premieres on TNT NEXT Wednesday, October 4th. Join us here at eWrestling.com on 10/4 for LIVE AEW Dynamite On TNT Results coverage!

Video: Cody Teases Being Able To Use “Rhodes” Name Again In AEW