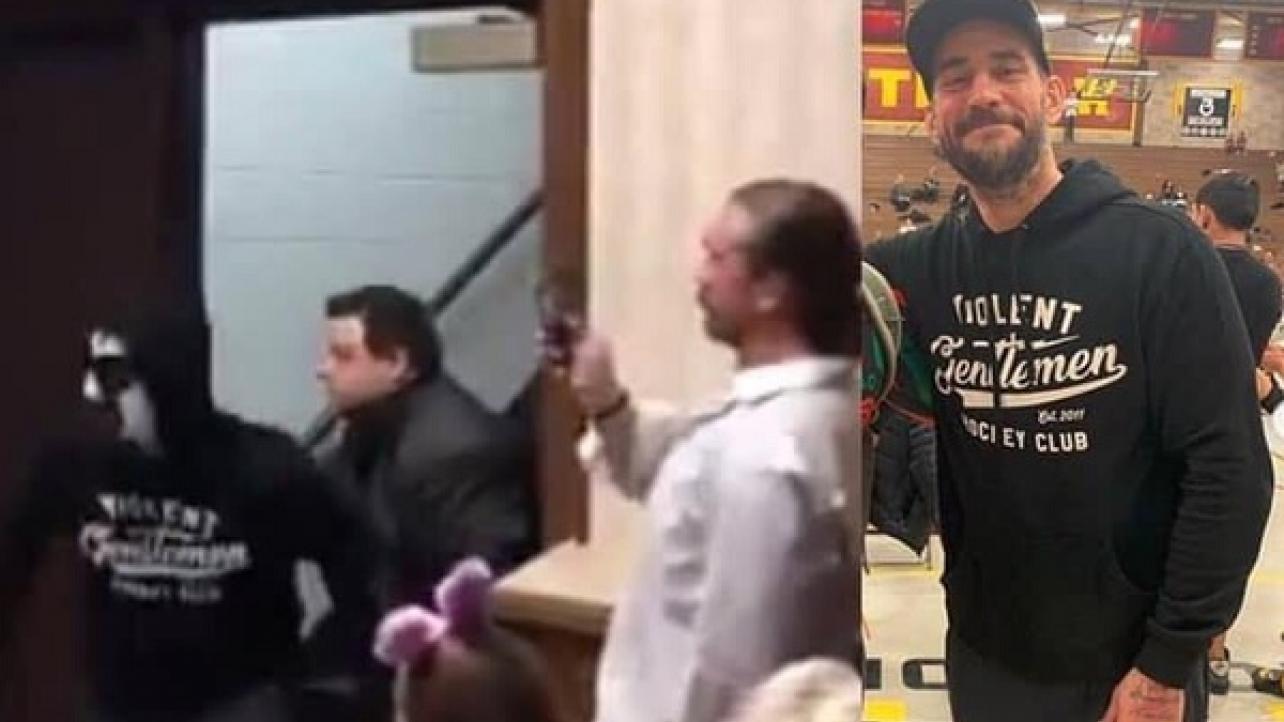 Could it be that “The Best in the World” is back … without showing his face?

Reports stemming from the MKE Wrestling event on Friday night in West Allis, Wisconsin are that former WWE Superstar turned 0-2 UFC fighter CM Punk showed up under a mask and hit the GTS.

ROH’s Silas Young, the founder and owner of MKE Wrestling, tweeted the following, strongly teasing that it was in fact Punk under the mask at Friday night’s show.

Last night we held @MKE_Wrestling at the Knights of Columbus building in west allis the place was packed with 350 people. This place has had 25+ years of wrestling and is the place a lot of guys started. Guys like @ColtCabana as well as a Punk who showed up in a mask last night

Here is some PUNK running in a match last night @MKE_Wrestling you never know who’s in gonna show up at our shows. Former world champions have been stopping in at the last couple shows!!! Don’t miss out on May 17 at our new home Buenavista Banquets 76&oklahoma next to AMF lanes https://t.co/rr8xVH8UJ0

With the show taking place near the Milwaukee, Wisconsin area, where Punk trains regularly with the Roufusport Gym for his MMA career, the rumor mill has been going nuts about it actually being Punk under the mask this weekend.

For those interested in playing detective, there have been comparison photos that show CM Punk wearing a sweater at a personal appearance that matches the sweater and body type/size that the masked man wore at Friday night’s show. Additionally, a video from the event that shows the masked man hitting the ring and executing the GTS has surfaced online. Check out the photos and video below.

Here is the picture comparison for CM Punk and the masked person. This would really be something. I do not know who made this picture, so I do apologize for not being able to attribute, had it sent to me. pic.twitter.com/NtS2XC5HbU

Did @CMPunk return under a mask at the @MkeWrestling event this weekend near the Roufusport Gym in Milwaukee where he trains MMA? Check out this story, complete with video of the masked man & comparison side-by-side photos of the masked man & Punk wearing the same hoodie … https://t.co/9M0tCL1mH7