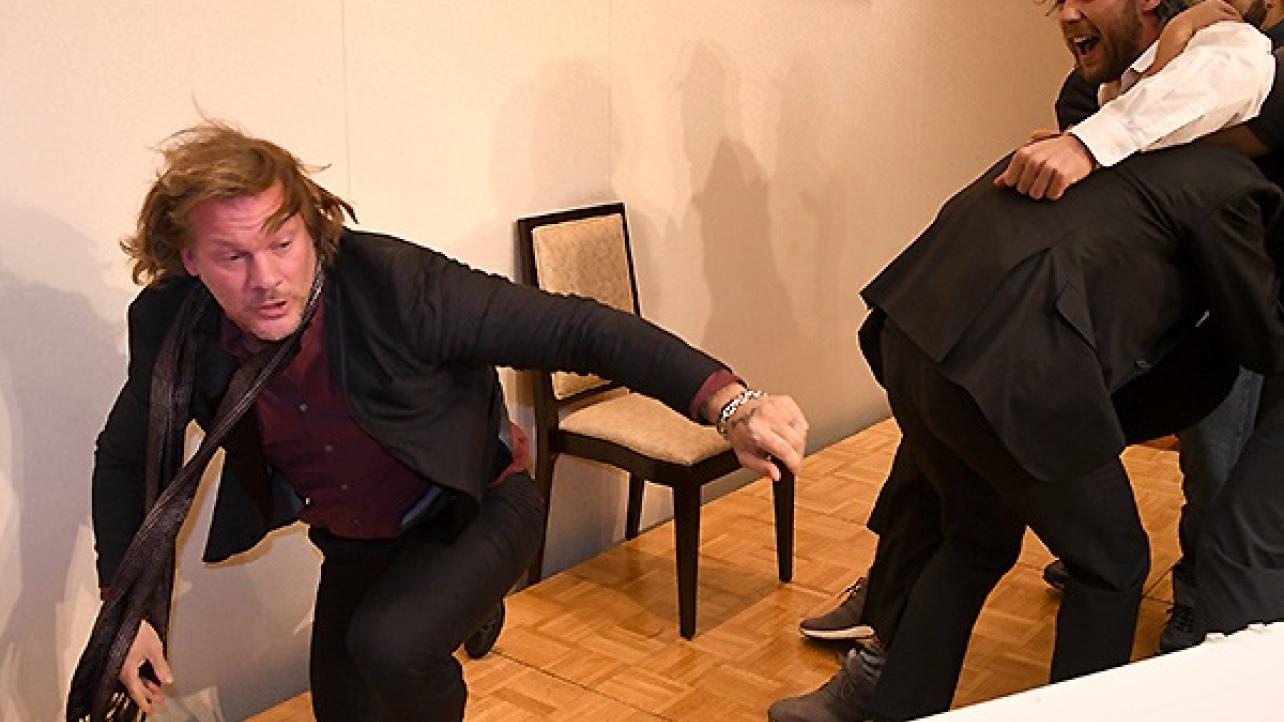 As the build-up to next month’s Wrestle Kingdom 12 event at the Tokyo Dome in Japan continues, the storyline going into the highly-anticipated “Alpha vs. Omega” match between Chris Jericho and Kenny Omega continues to get more interesting by the day.

Following the angle over the weekend, which saw Jericho make a surprise appearance at the New Japan Pro Wrestling (NJPW) World Tag League Finals to attack Omega in an in-ring angle, Omega gained a measure of revenge against the former WWE Superstar.

This week, Omega gave Jericho a storyline receipt, attacking him at the NJPW press conference event on Monday evening. After answering some questions at the press event, Omega ended up returning to attack Jericho, blasting him with punches until the two were eventually separated. Afterwards, Jericho threw the press conference table at Omega, leading to another scuffle that had to be broken up by others in attendance.

Check out the complete angle by watching the full NJPW press conference via the YouTube video player embedded above.

NJPW’s Wrestle Kingdom 12 event, which features the “Alpha vs. Omega” match between Chris Jericho and Kenny Omega, as well as Kazuchika Okada vs. Tetsuya Naito in the co-main event, goes down from the Tokyo Dome in Japan on January 4th.