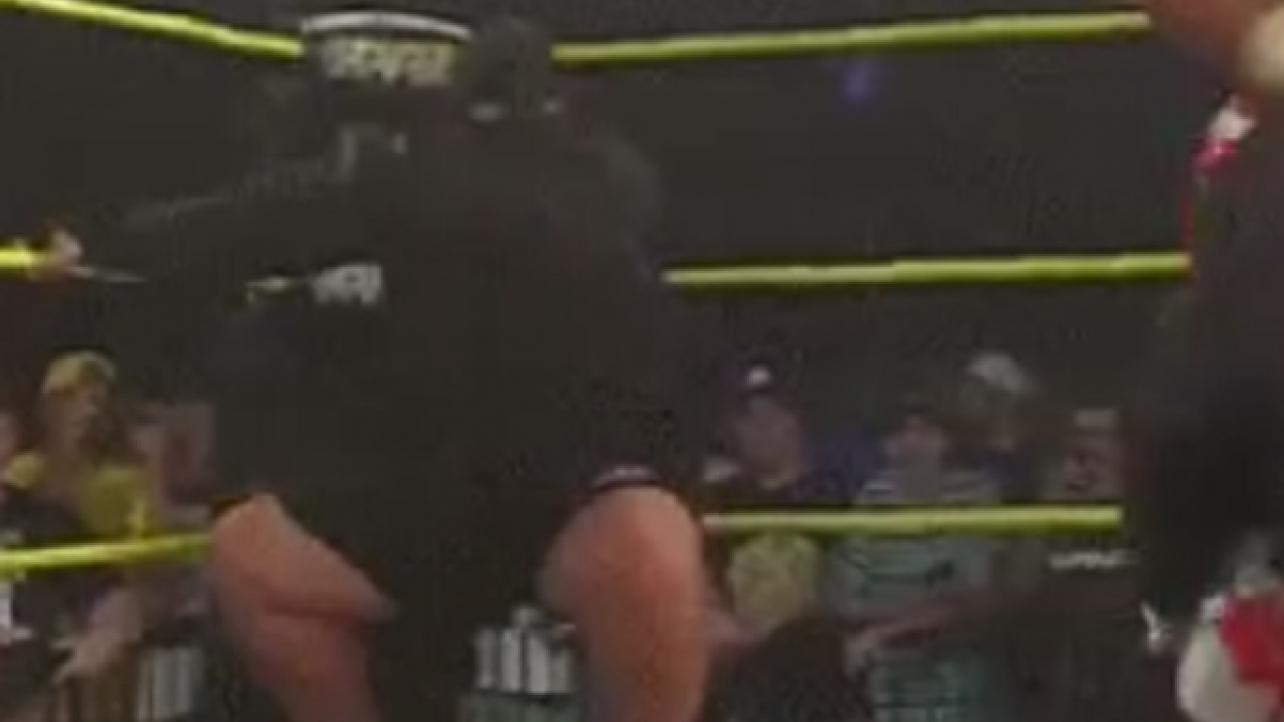 As we reported prior to Sunday night’s Slammiversary XVII pay-per-view, former ECW and NWA World Champion Rhyno was backstage at Gilley’s in Dallas, Texas to make his surprise Impact Wrestling return.

During the show, Brian Cage successfully defended his Impact Wrestling World Championship against Michael Elgin in a one-on-one title match.

After the bout, however, chaos ensued.

A masked man hit the ring and blasted Elgin with a spear (gore) as the Impact Wrestling announce team went ballistic questioning “Who the hell?!?” he was.

Josh Mathews, while calling the spear that the masked man hit on Elgin, started with the “G” sound as if he were going to say “Gore.”

That appeared to be done by design to clue-in any viewers who might not already be able to tell who the masked man likely is.

Rhyno last wrestled for WWE in the Andre The Giant Memorial Battle Royal at WrestleMania 35. It appears that he is back in the mix now at Impact Wrestling.

We will keep you posted as more details regarding Rhyno’s Impact Wrestling return becomes available.

Check out video of the masked man, believed to be Rhyno, hitting the ring and blasting Elgin with a g…spear after the Impact Wrestling World Championship match below.

For those who missed the show, check out our detailed Impact Wrestling Slammiversary XVII Results here at eWrestling.com!

.@MrGMSI_BCage retains the World Championship but CHAOS ERUPTS after the match!

Who is the MASKED MAN?