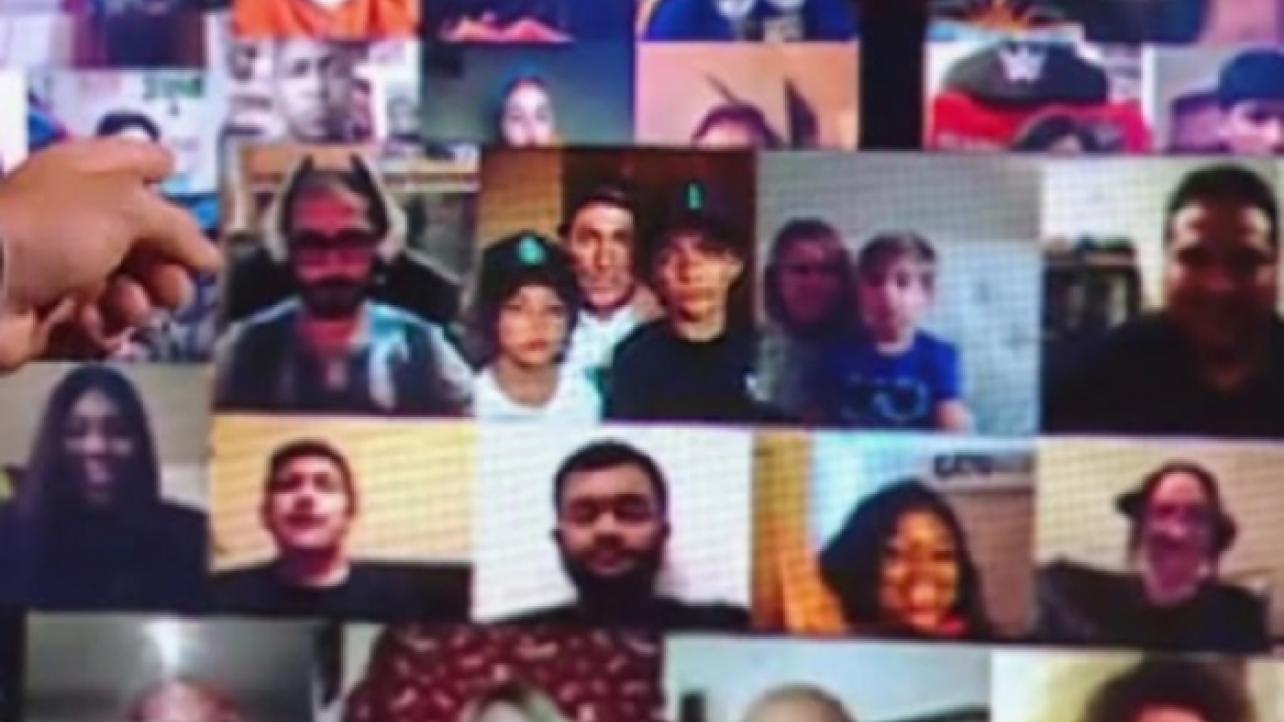 Actor Matthew McConaughey appeared in the ThunderDome on the post-Hell In A Cell edition of WWE Monday Night Raw on the USA Network on Monday night.

As seen in the following video, McConaughey and his two sons were shown on-camera watching on as part of the ThunderDome virtual fan audience after Drew McIntyre’s victory over The Miz.

Stephanie McMahon took to her official Twitter page to comment on the actor appearing via the ThunderDome on this week’s episode of the weekly red brand television program, promoting his book, which he has been making the media rounds — including a recent appearance on The Joe Rogan Experience podcast — to promote.

“So awesome to see Matthew McConaughey in the WWE ThunderDome during Raw tonight,” wrote Stephanie. “WWE Universe check out a copy of his new book, Greenlights, that everyone is talking about… including John Cena and The Rock! #GreenlightsBook https://greenlights.com.”

So awesome to see @McConaughey in the #WWEThunderdome during #RAW tonight!! @WWEUniverse, check out a copy of his new book, Greenlights, that everyone is talking about… including @johncena and @TheRock! #GreenlightsBook https://t.co/iSi5nembIE