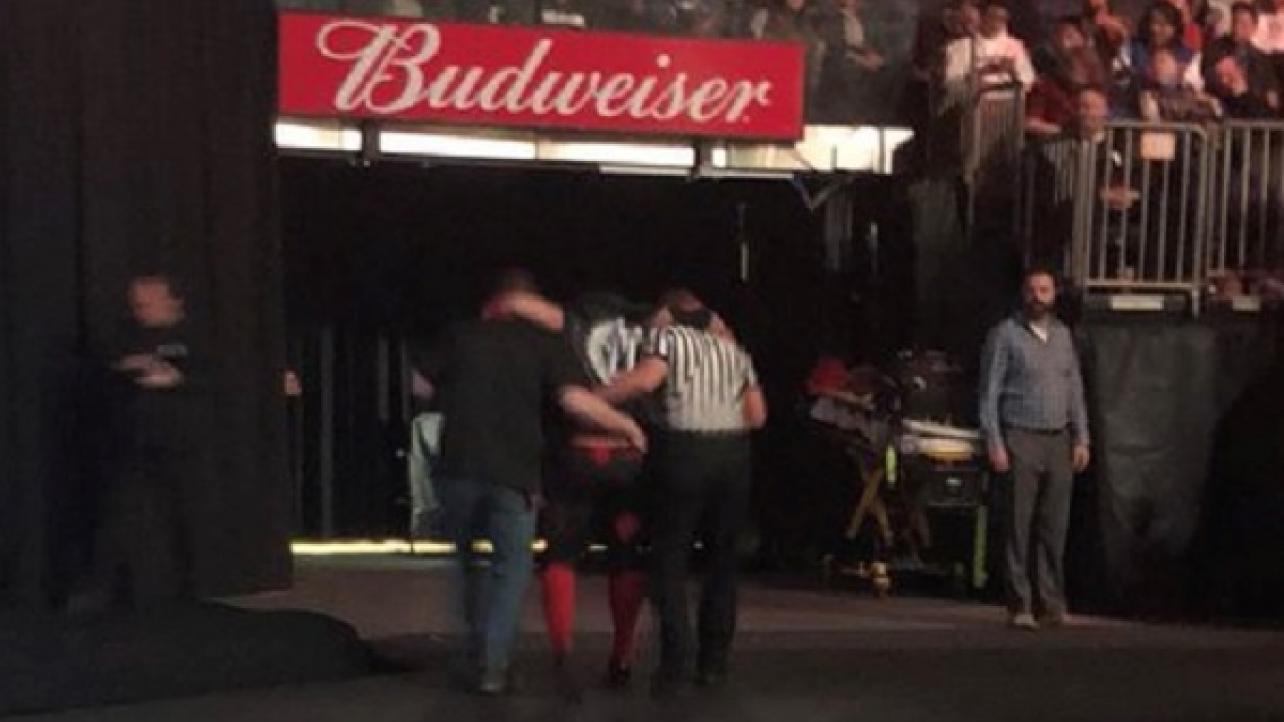 Well, we better hope this is just an angle.

At the WWE live event at Madison Square Garden this weekend, WWE ran an angle where Kevin Owens and Sami Zayn hit the ring and attacked Shinsuke Nakamura and A.J. Styles from behind. Afterwards, the dreaded “X” sign was thrown up and Styles was helped to the back. The match was changed to a handicap match, with Styles coming back out to make a run-in later in the match. It’s worth noting, however, that Styles had a noticable limp when he did the run-in. Whether he was selling the storyline injury or something is really going on remains to be seen.

Following the MSG show on Friday night, Styles was advertised to work the WWE live event in Odessa, Texas on Saturday night, however he did not. Again, whether or not this was done to sell the angle in an attempt to make it seem real, remains to be seen.

We will keep you posted with any further information regarding the injury status of A.J. Styles.

They just took AJ Styles to the back. This better not be real #WWEMSG pic.twitter.com/7LvavlVHKv