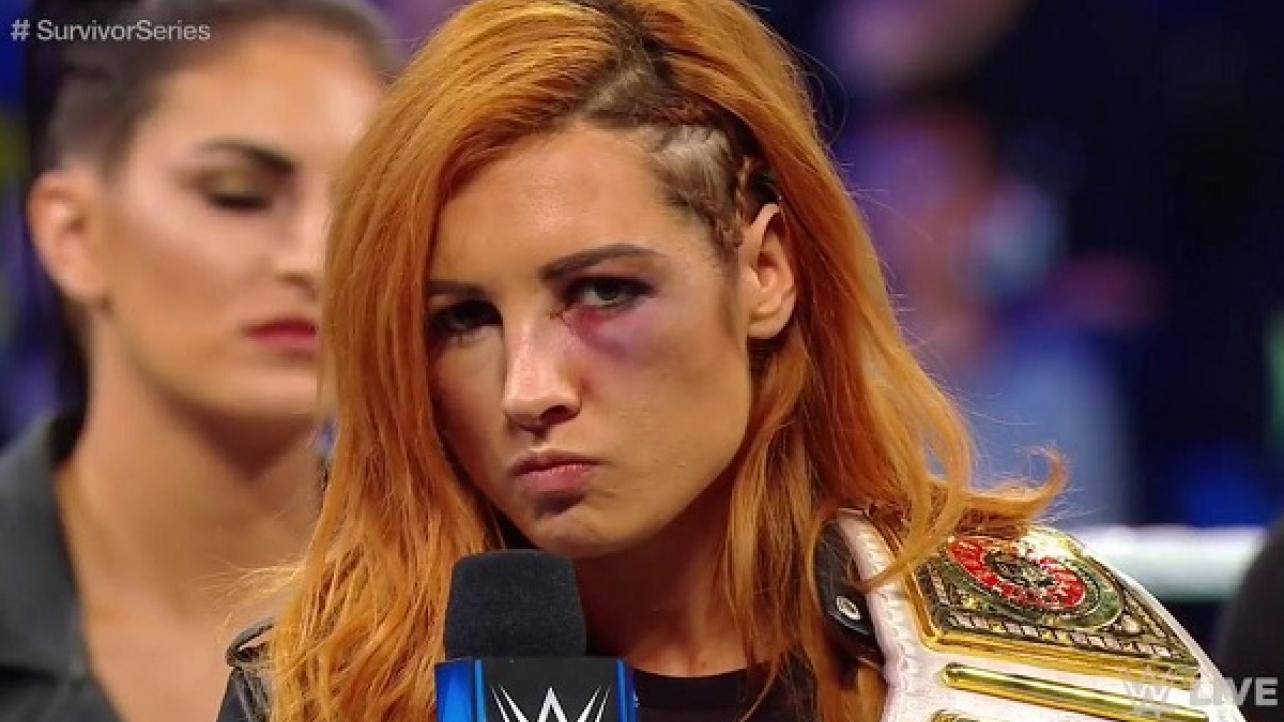 As noted, Becky Lynch was pulled from her match against Ronda Rousey at Sunday’s WWE Survivor Series 2018 pay-per-view after getting injured during a segment on Monday’s “go-home” episode of RAW.

Lynch took a stiff legitimate punch from Nia Jax that resulted in her suffering a concussion, a broken nose and a badly swollen/black eye. WWE doctors examined the SmackDown Live Women’s Champion and determined she was unfit to travel and compete as scheduled in this Sunday’s highly-anticipated showdown against RAW Women’s Champion Ronda Rousey.

WWE posted the following close-up shots of Lynch’s black eye after being punched by Jax on RAW. For actual rough crowd-shot video footage of the punch Nia Jax hit Becky Lynch with to cause the injuries to her face, click here.

“Take my word, with a severe concussion and a broken face, I can STILL kick Ronnie’s a**.” – #TheMan @BeckyLynchWWE #SurvivorSeries #SDLive pic.twitter.com/MtfHBpXWOm

THE CHAMP has SPOKEN.@MsCharlotteWWE will finish the job #SDLive #WomensChampion @BeckyLynchWWE started this Sunday at #SurvivorSeries against @RondaRousey! pic.twitter.com/wY5xPoOqic