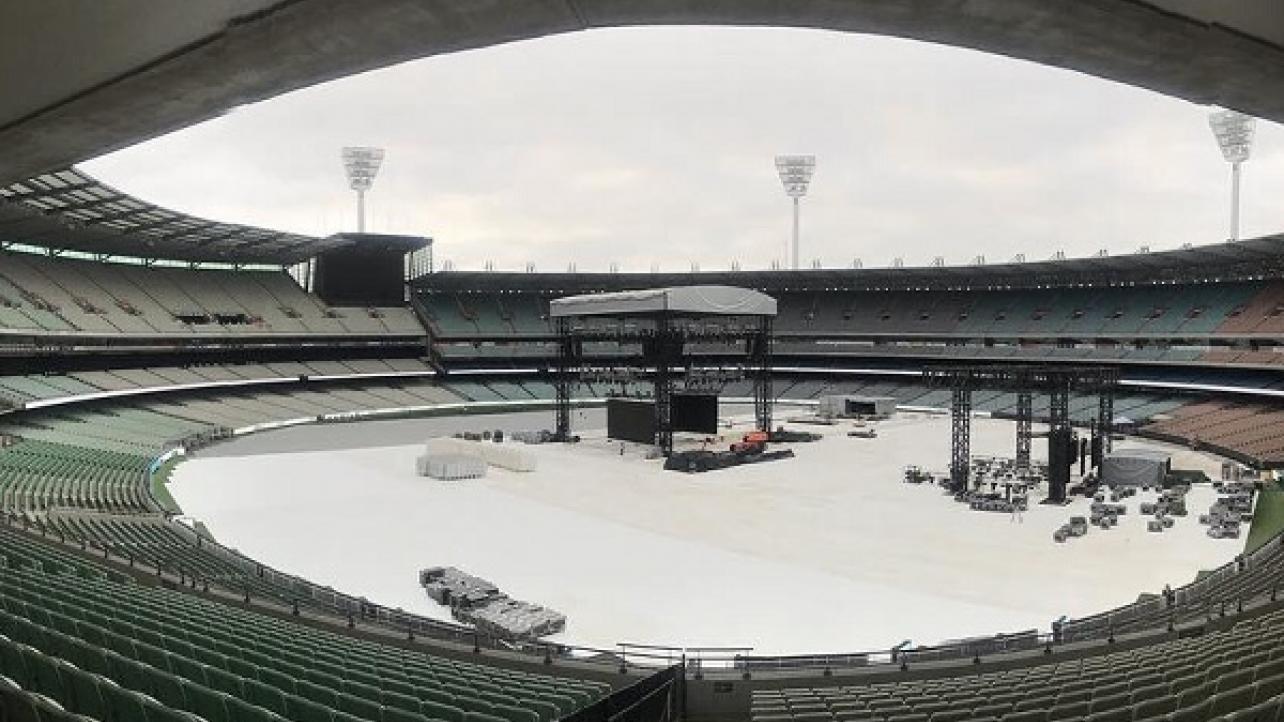 With less than 24 hours to go before the first-ever WWE Super Show-Down event, the arena in Australia is starting to take shape.

Featured below are some video clips and photos of the first look at the stage and arena set-up being handled ahead of tomorrow morning’s special event on pay-per-view and on the WWE Network from the Melbourne Cricket Ground venue in Melbourne, Australia.

Make sure to join us here on Saturday morning for live play-by-play results coverage of the WWE Super Show-Down event.

Goodnight. Still feel like this isn’t real. SSD week is on pic.twitter.com/ulQhNqWZo7

Here’s an update on the #WWESSD stage and arena set-up! The hype is real! pic.twitter.com/Bi34zkVdmB