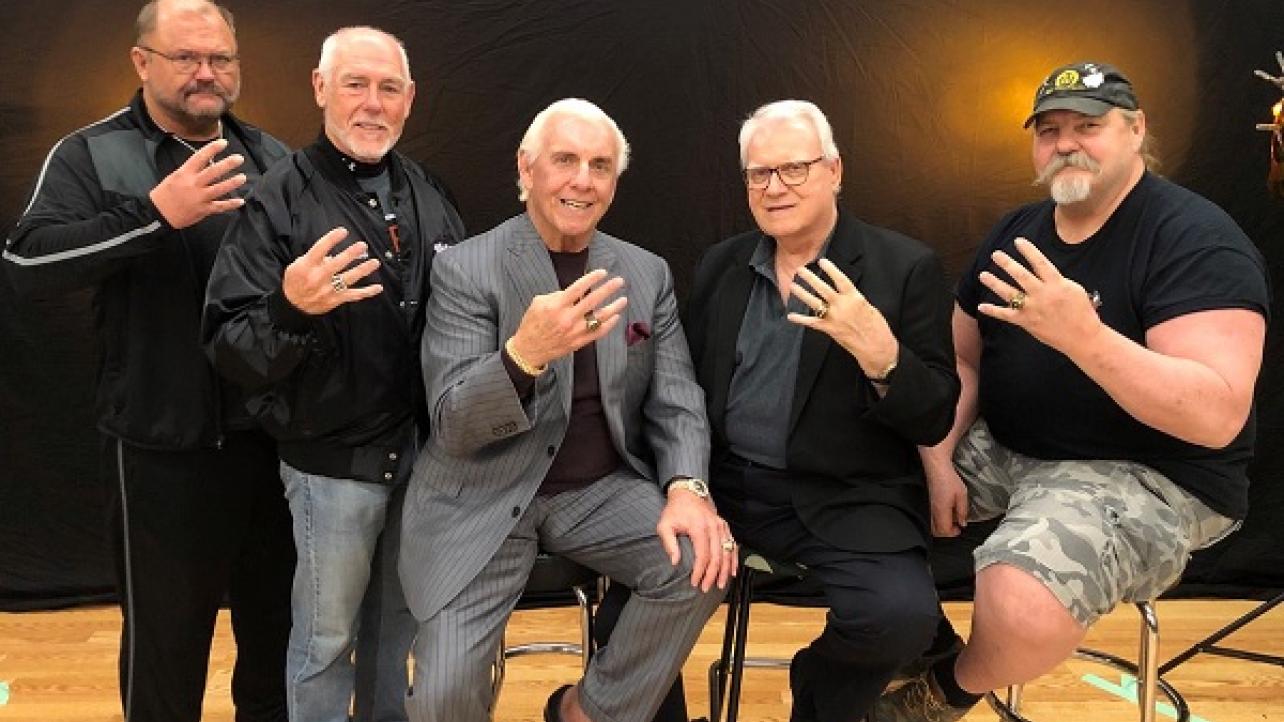 As advertised, the legendary Four Horsemen faction reunited at the Maryland Championship Wrestling (MCW) event at the MCW Arena this weekend.

The group, which consisted of Ric Flair, Arn Anderson, Tully Blanchard, Barry Windham and J.J. Dillon, signed autographs before a sold out crowd. They also shared memories of the old days and how good it feels to get the band back together in Baltimore.

Check out photos and videos of the Four Horsemen reuniting this weekend at the MCW Arena below.

Sold Out!! Looking As Only We Can Look! WOOOOO! pic.twitter.com/feqrggZLlG

The 4 Horsemen, the greatest!! What a rare get together after 25 years!