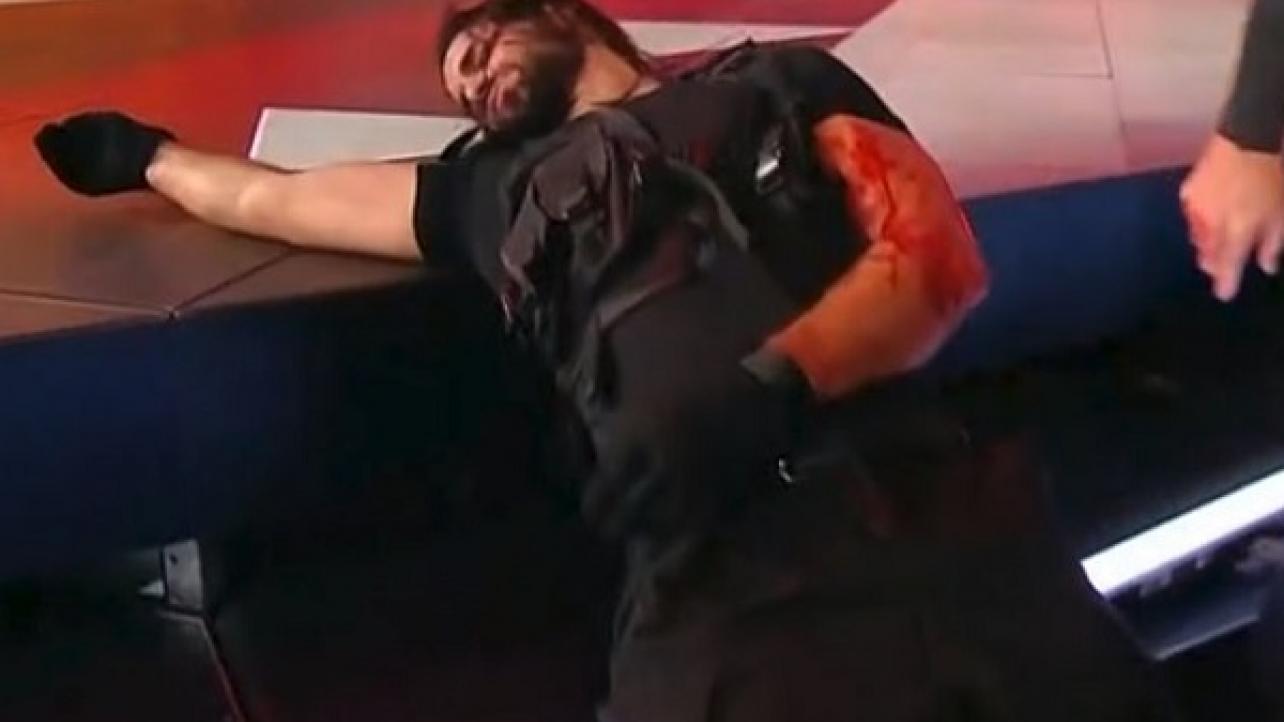 It looks like the injury bug has struck Seth Rollins once again.

During an angle on last night’s RAW, “The Architect” was thrown off the entrance stage and crashed into the side of a police van, smashing against the window. Check out video footage of the bump below.

As seen in the following photo, which comes courtesy of our friends at WrestlingInc.com, Rollins had a large cut on his arm from the bump. There is no word yet regarding the severity of the injuries Rollins sustained.