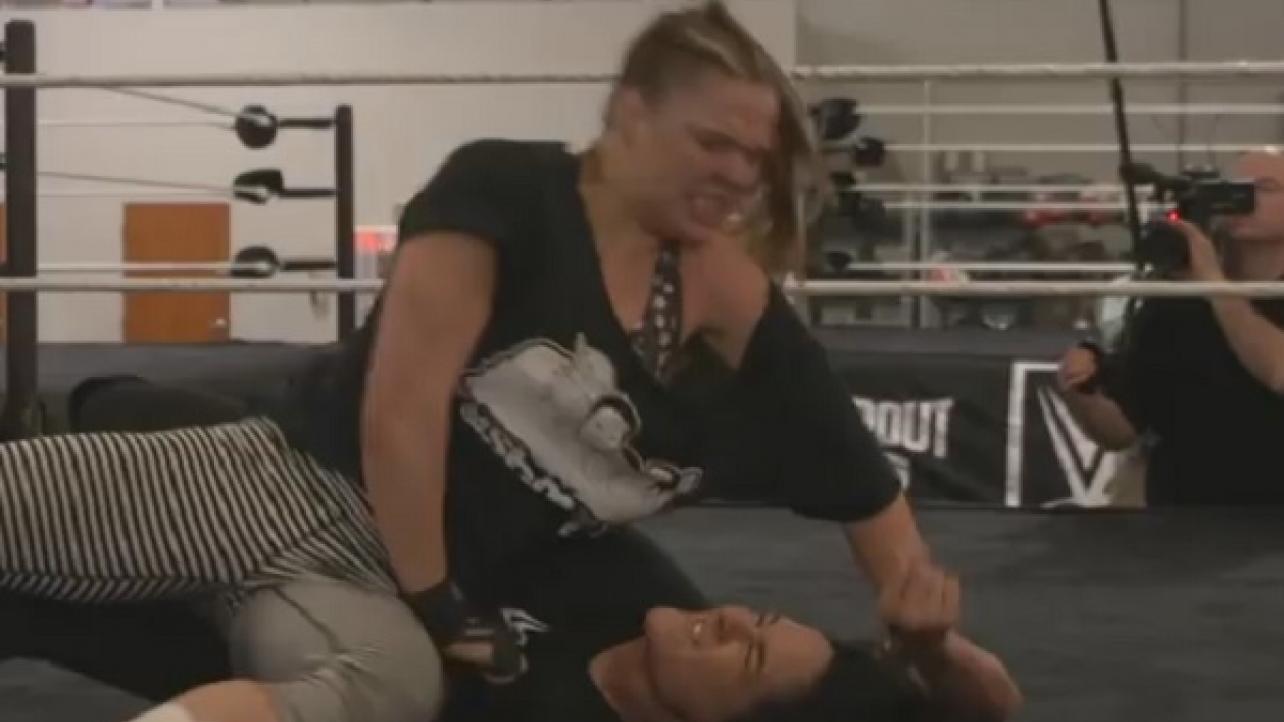 On Tuesday, WWE released an extensive video looking at the training Ronda Rousey has been doing at the WWE Performance Center in Orlando, Florida in preparation for her WWE in-ring debut at next month’s WrestleMania 34 pay-per-view.

In the following video dubbed, Ronda Rousey trains for four hours straight at WWE’s Performance Center, fans get a glimpse at the grueling training the former UFC Women’s Bantamweight Champion has been doing for her match alongside Kurt Angle against Stephanie McMahon and Triple H.

The official description for the above video reads as follows:

“See how The Baddest Woman on the Planet is preparing to team with Kurt Angle against Stephanie McMahon and Triple H on The Grandest Stage of Them All.”

Featuring the Rousey-Angle vs. Stephanie-Triple H match, WrestleMania 34 goes down from the Mercedes-Benz Superdome in New Orleans, Louisiana on Sunday, April 8th. Make sure to join us here on 4/8 for live play-by-play results coverage of the entire show.