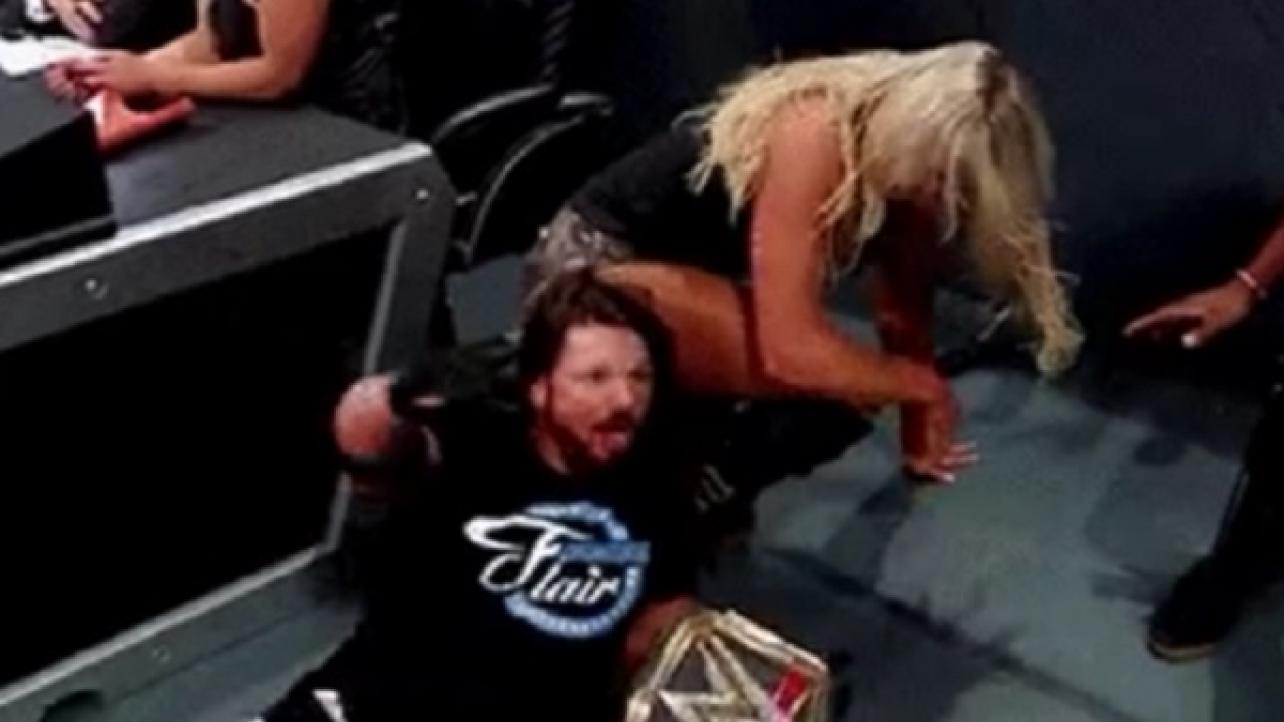 It looks like A.J. Styles and Charlotte Flair were the victims of an impromptu trip following their victory at Tuesday night’s WWE Mixed Match Challenge series.

The two defeated Jimmy Uso and Naomi in a week one match last night and afterwards while the two were celebrating outside the ring on the floor, “The Phenomenal One” pulled a not-so-phenomenal move.

The WWE Champion accidentally tripped over a cameraman’s cord, during which he brought down Charlotte Flair with him. The two then engaged in a “Woo-Off” of sorts as a way of reacting to the accident.

Backstage after the accident, the two spoke about it in an exclusive WWE.com video interview (see below). “The cameraman tripped me and in turn, I tripped you,” explained Styles.

Check out the off-camera video footage of Styles tripping and taking Charlotte down with him on accident, as well as their backstage interview reacting to the accident below.

Take it easy on @AJStylesOrg and @MsCharlotteWWE, it’s been a long night!