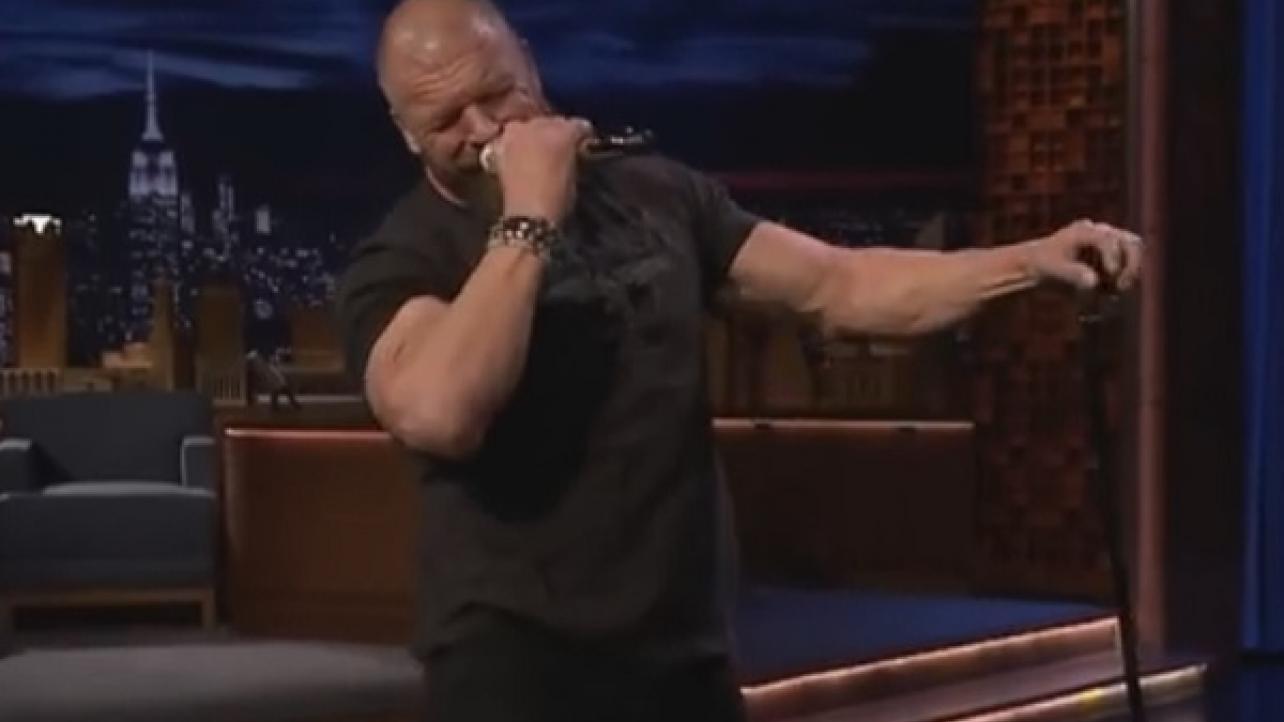 During the show, the two made a deal with Jimmy Fallon that if they were to win in a battle of Lip Synch against The New Day, then Fallon would appear at this Monday night’s WWE television special in New York.

With that said, Fallon joined The New Day in a rendition of the Boyz 2 Men single, Motownphilly, which prompted a good response from the fans in the studio. Triple H chose Seek and Destroy by Metallica, while Stephanie went with How Far I’ll Go from the film Moana, which ended up winning.

Because the WWE power couple won the battle, Jimmy Fallon is now scheduled for Monday night’s RAW 25th Anniversary. Join us here on Monday evening for live play-by-play results coverage of the show.