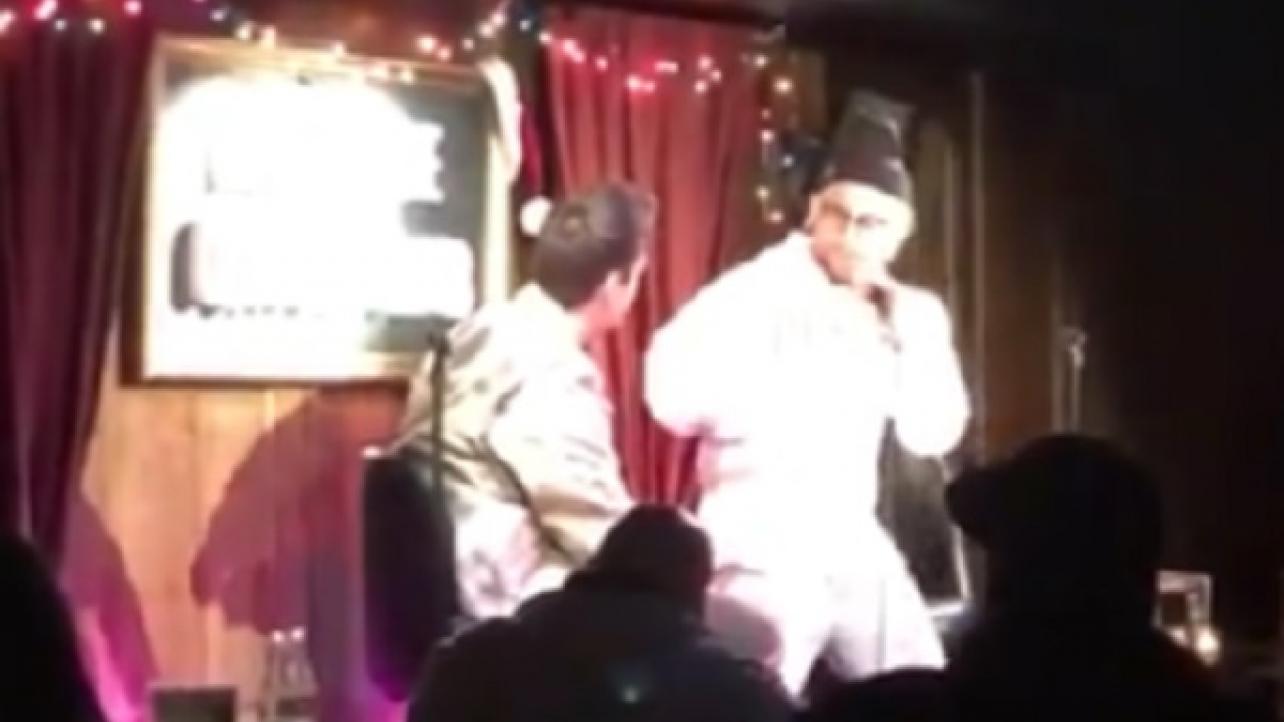 During a recent appearance at the West Side Comedy Club in New York on Wednesday night following the WWE live event at Madison Square Garden in NYC, Enzo “Real1” Amore took to the stage to talk in-depth about his recent real-life incident at the WWE Survivor Series 2018 pay-per-view in November.

On the real reason he pulled the stunt he did at the WWE Survivor Series 2018 PPV: “Why did I do it? It had nothing to do with my music. I’ll tell you why I did it. Because I knew for a fact that Vince McMahon would hate it more than anything in the world, but he would respect the f–k out of it. That’s why I did it. Because it was about one person, and that was it. Because I proved to him that I could beat him at his own game of statistics and numbers, and this & that & the other, and I don’t even work for your company. I broke no laws, I bought a ticket and with that said, I did purchase my ticket. … $2,500. My name was on the ticket, they could’ve found me.”

On a moment he had with Lisa of the WWE security team and how she wanted to take him backstage to meet with Vince: “So I’m looking at her, and I go, ‘Lisa, I’m a good person and you know it.’ We had this moment, it was the most intimate moment I’ve had with a woman in years. I look her in the eyes and I go, ‘I’m a good person and you know it.’ She goes, ‘You gotta go see Vince.’ I go, ‘I don’t work here Lisa.’ She goes, ‘You gotta go.’ I gotta go, what? All of a sudden I see cops coming, security coming from every angle, and I look at her one more time and I go, ‘I deserve better.’ And she just slowly let go of my shirt, and as the cops and security guards are closing in, and this woman wants to take me to see Vince McMahon, I swear to God, I go, ‘I’m out!’ [inaudible] up the f–king side door, I had an Uber waiting out there. As I was walking by, two fans go, ‘Is that Enzo?’ I go, ‘Yeah, come here!’ I took a picture with them, hopped off in the Uber, how you doin’?”

Enzo on his appearance at the Survivor Series: I knew it was going to piss off Vince McMahon #WWEMSG pic.twitter.com/cPLbV9AXcY

Enzo on his exit strategy following his Survivor Series “appearance”: I had an Uber waiting outside #WWEMSG pic.twitter.com/caSiQLsFgf