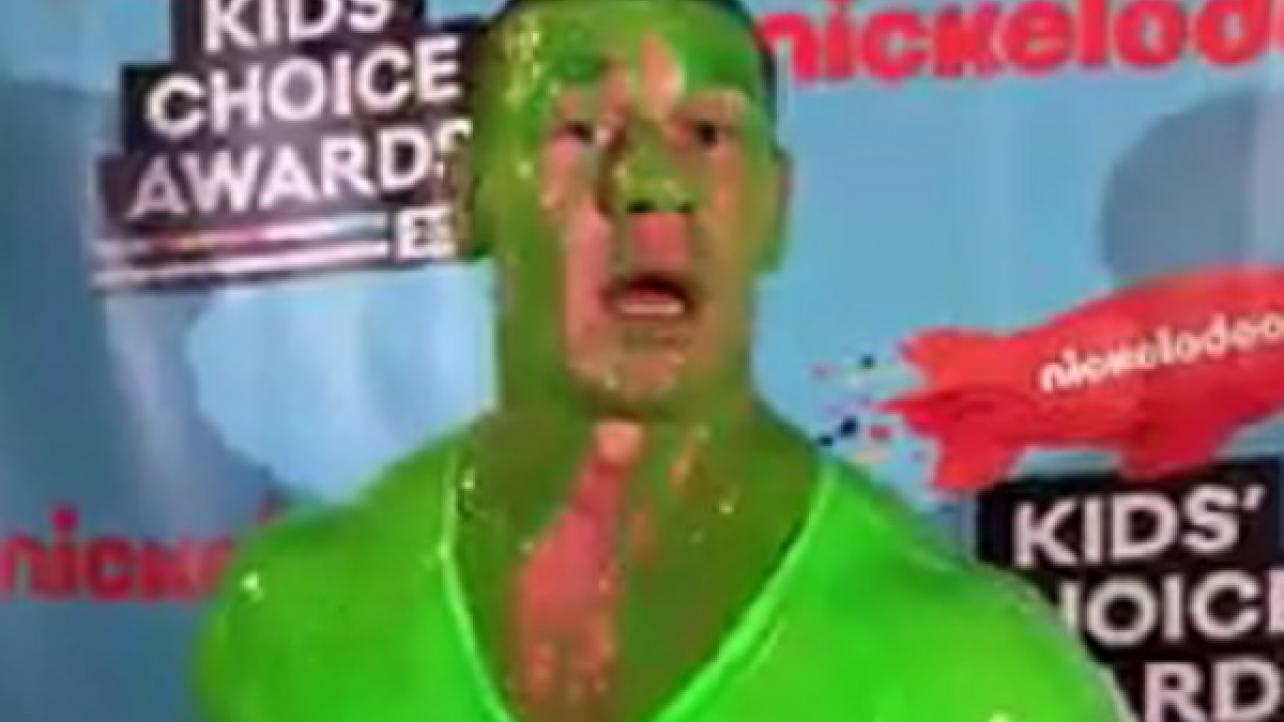 The opening of the show saw Cena smash through walls and end up in the ring with Nikki and Brie Bella. Cena also got slimed for the second straight year.

Check out videos and photos of Cena and The Bella Twins’ appearance on this year’s Kids Choice Awards show above and below.

What did @JohnCena learn tonight at the #KCA?! @Nickelodeon #SLIME pic.twitter.com/VMzh1JNYN5

Today is about celebrating young men and women around the world, their ability to use the voice and affect change for the future. The #KCA2018 is about having fun and reminding kids how important they are.

Making final preparations before #KCA. Tonight is going to be AWESOME! @Nickelodeon pic.twitter.com/kBAVpbECsD

Rehearsals before #KCA2018 have been super fun, but meeting these young folks is always the best part of my day. Thank you to @Nickelodeon for helping make it possible. pic.twitter.com/6iIZyyXoqC

How is that blimp floating? #kca pic.twitter.com/NQkElGNcpW

Have you ever seen so many blimps?! See these AND MORE tomorrow on @Nickelodeon Kids Choice Awards! #KCA2018 pic.twitter.com/X3DPdgk5Gx

The @Nickelodeon #KCA was a blast. Thank you so much to everyone for letting me have fun. Now it’s time to change out #slime for some shorts because tomorrow it’s time for @WWE Live! pic.twitter.com/T8w9f7bhDo