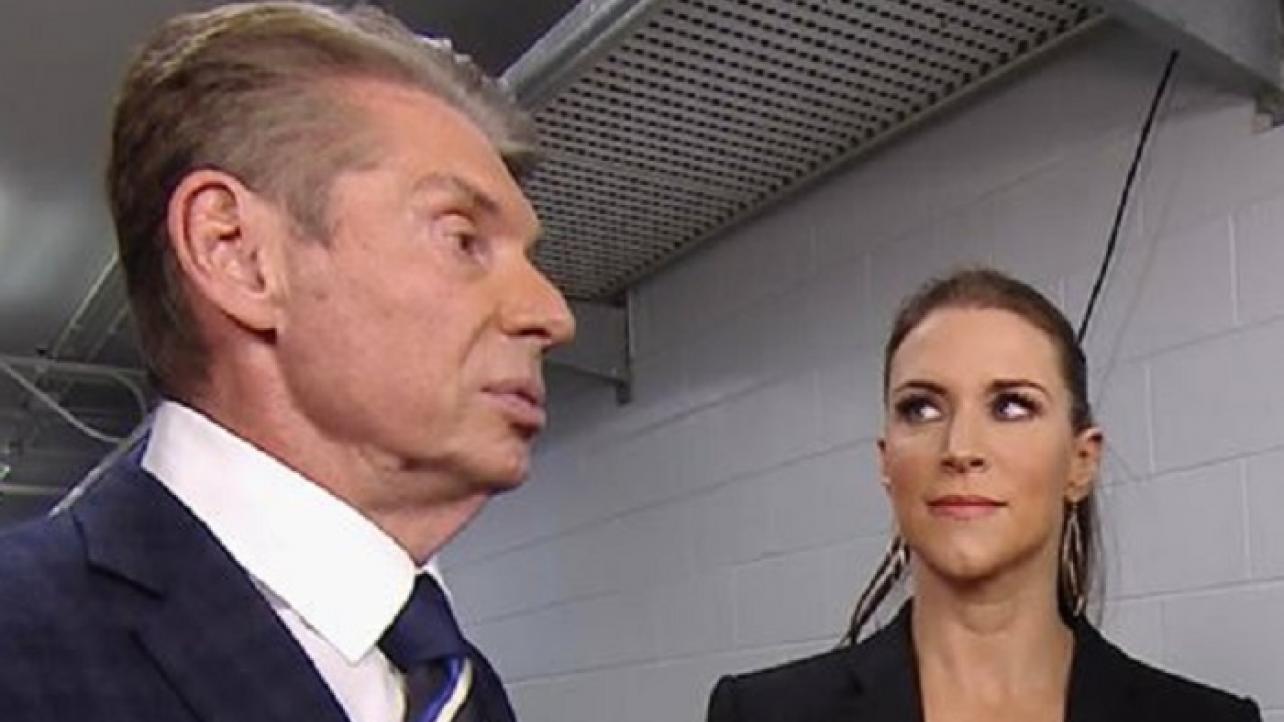 Vince McMahon Elected as WWE’s Executive Chairman of the Board; Stephanie McMahon Hands in Resignation

— Below is the official WWE press release announcing that Vince McMahon has been unanimously elected to the Board of Governors as the Executive Chairman of the Board, leading to the resignation of Stephanie McMahon, who served as the co-CEO and Chairwoman. Nick Khan will continue as the sole CEO of WWE.

STAMFORD, Conn.–(BUSINESS WIRE)– WWE (NYSE: WWE) today announced that its Board of Directors unanimously elected Vince McMahon Executive Chairman of the Board.

Stephanie McMahon has resigned from her roles as Chairwoman and Co-CEO.

Vince McMahon:
“First, I’d like to express my full support for Stephanie’s personal decision. I’ll forever be grateful that she offered to step in during my absence and I’m truly proud of the job she did co-leading WWE. Stephanie has always been the ultimate ambassador for our company, and her decades of contributions have left an immeasurable impact on our brand.

“I’m proud to announce that Nick Khan will serve as WWE CEO. Nick’s business acumen and mastery of the media industry have helped catapult our business to record revenue and profitability. Together, we look forward to working with the Board at this critical moment in time to review our strategic alternatives and maximize value for all WWE shareholders.”

Stephanie McMahon:
“I cannot put into words how proud I am to have helped lead what I consider to be the greatest company in the world and I am confident WWE is in the perfect position to continue to provide unparalleled creative content and drive maximum value for shareholders.”

Nick Khan:
“Stephanie McMahon is a terrific executive and an even better person. It has been an honor to serve as Co-CEO with her. She will only continue to succeed.

“I’m grateful to Vince McMahon and our Board of Directors for their ongoing support. I look forward to continuing to work closely with them and my WWE colleagues to ensure our company may thrive as the premiere powerhouse in sports entertainment for years to come.”

About WWE
WWE, a publicly traded company (NYSE: WWE), is an integrated media organization and recognized leader in global entertainment. The Company consists of a portfolio of businesses that create and deliver original content 52 weeks a year to a global audience. WWE is committed to family-friendly entertainment on its television programming, premium live events, digital media, and publishing platforms. WWE’s TVPG programming can be seen in more than 1 billion homes worldwide in 30 languages through world class distribution partners including NBCUniversal, FOX, BT Sport, Sony India and Rogers. The award-winning WWE Network includes all premium live events, scheduled programming and a massive video on-demand library and is currently available in more than 180 countries. In the United States, NBCUniversal’s streaming service, Peacock, is the exclusive home to WWE Network.

Vince McMahon Elected as WWE’s Executive Chairman of the Board; Stephanie McMahon Hands in Resignation