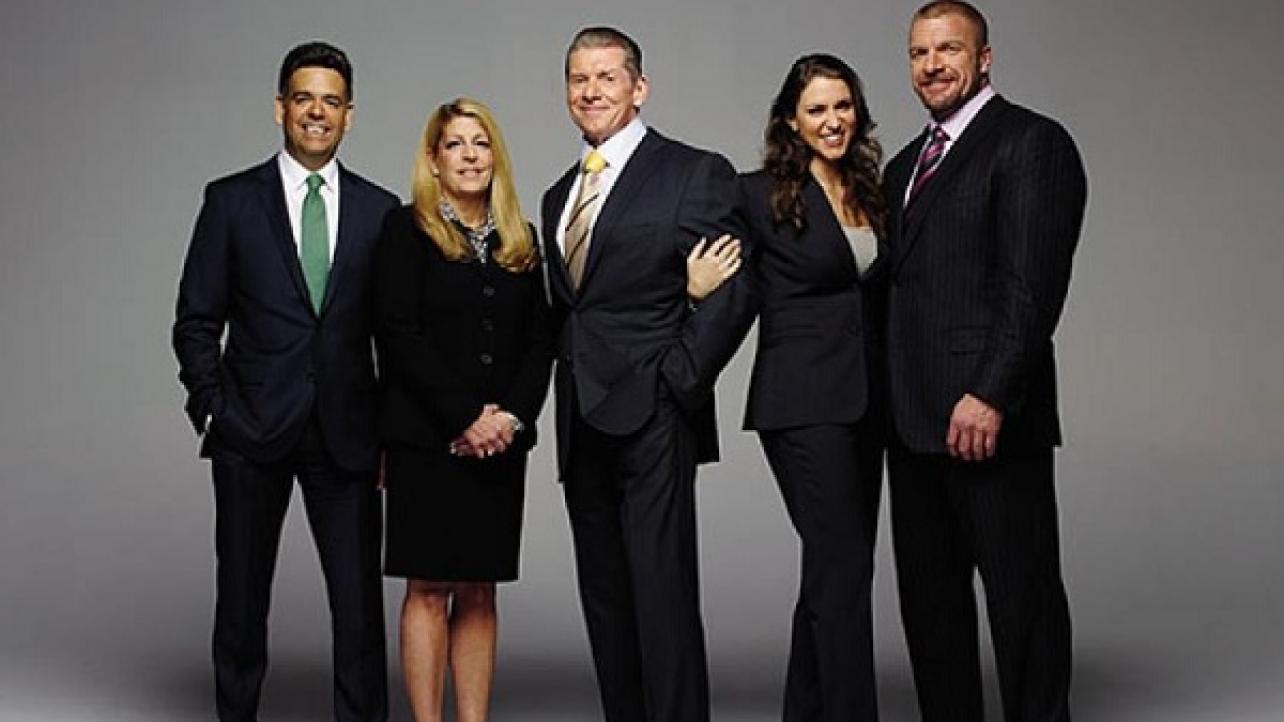 Vince McMahon is Back in WWE As Multiple Board Members Leave; Stephanie McMahon Comments

— In a SEC filing earlier today, WWE officially announced that Vince McMahon is back, rejoining the company’s Board of Directors. A subsequent press release also noted that former co-Presidents Michelle Wilson and George Barrios are also returning as new Board members. In order for McMahon, Barrios and Wilson to join the team in this capacity, Vince – as controlling shareholder of WWE – removed JoEllen Lyons Dillon, Jeffrey R. Speed and Alan M. Wexler while two other members, Ignace Lahoud and Man Jit Singh, have resigned from their positions effective immediately.

STAMFORD, Conn.–(BUSINESS WIRE)– WWE (NYSE: WWE) is providing the following update regarding the composition of its Board of Directors and the exploration of strategic alternatives.

“Today, we announce that the founder of WWE, Vince McMahon, will be returning to the Board,” said Chairwoman & Co-CEO Stephanie McMahon, Co-CEO Nick Khan and Chief Content Officer Paul Levesque. “We also welcome back Michelle Wilson and George Barrios to our Board of Directors. Together, we look forward to exploring all strategic alternatives to maximize shareholder value.”

As Vince McMahon stated yesterday, “WWE has an exceptional management team in place, and I do not intend for my return to have any impact on their roles, duties, or responsibilities.”

In connection with the change in the composition of the Board of Directors and in cooperation with Vince McMahon as majority shareholder, the Company intends to undertake a review of its strategic alternatives with the goal being to maximize value for all WWE shareholders. There is no assurance that this process will result in a transaction.

Vince McMahon, in his capacity as controlling shareholder of the Company, has removed JoEllen Lyons Dillon, Jeffrey R. Speed and Alan M. Wexler from the Board. Vince McMahon, George Barrios and Michelle Wilson have been added to the Board to fill the resulting vacancies.

The Board currently consists of:

Ignace Lahoud and Man Jit Singh have resigned from the Board, effective today.

WWE, a publicly traded company (NYSE: WWE), is an integrated media organization and recognized leader in global entertainment. The Company consists of a portfolio of businesses that create and deliver original content 52 weeks a year to a global audience. WWE is committed to family-friendly entertainment on its television programming, premium live events, digital media, and publishing platforms. WWE’s TVPG programming can be seen in more than 1 billion homes worldwide in 30 languages through world class distribution partners including NBCUniversal, FOX, BT Sport, Sony India and Rogers. The award-winning WWE Network includes all premium live events, scheduled programming and a massive video on-demand library and is currently available in more than 180 countries. In the United States, NBCUniversal’s streaming service, Peacock, is the exclusive home to WWE Network.

Vince McMahon is Back in WWE As Multiple Board Members Leave; Stephanie McMahon Comments