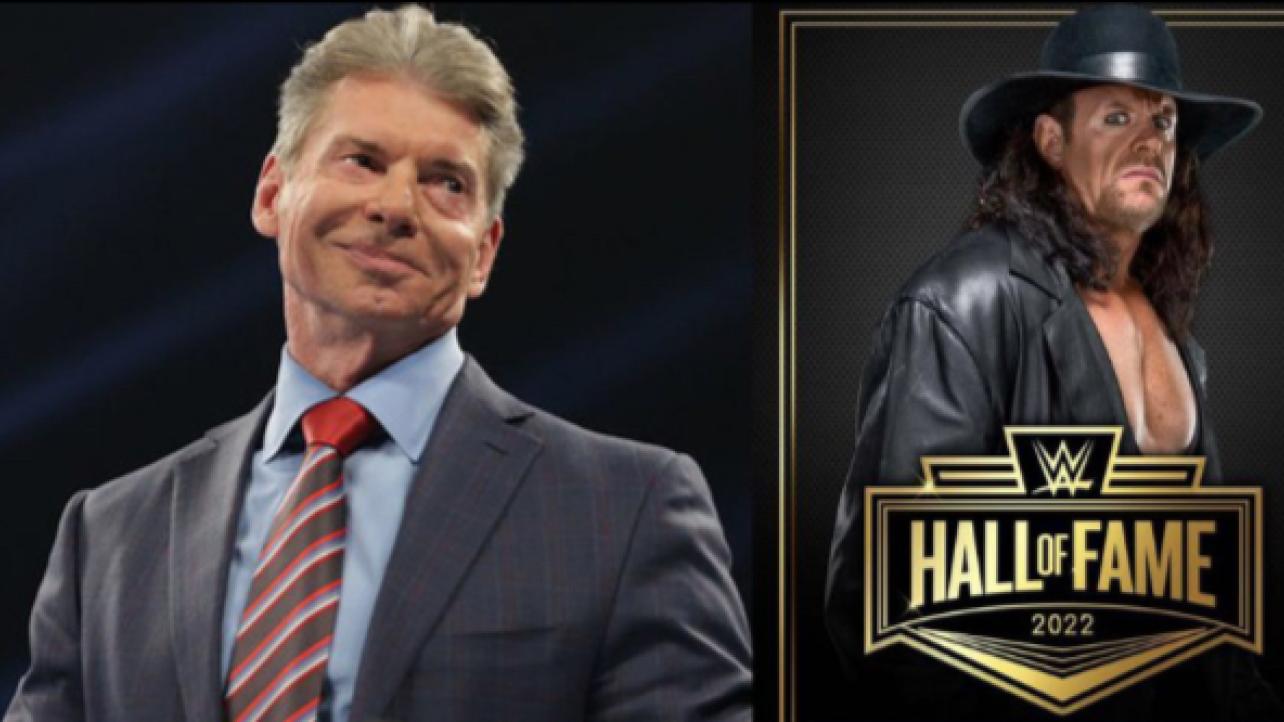 — In a rare appearance, Vince McMahon was interviewed by Pat McAfee on Thursday and talked about the Undertaker getting inducted into the WWE Hall of Fame, Class of 2022. McMahon also revealed that he will be the one who is going to be doing the induction:

— McMahon went onto say that it is going to be a difficult moment for him as loves Undertaker and has special relationship with him. He said the person – Mark Calaway – is an “extraordinary” human being and highlighted his reliability and loyalty over the years.