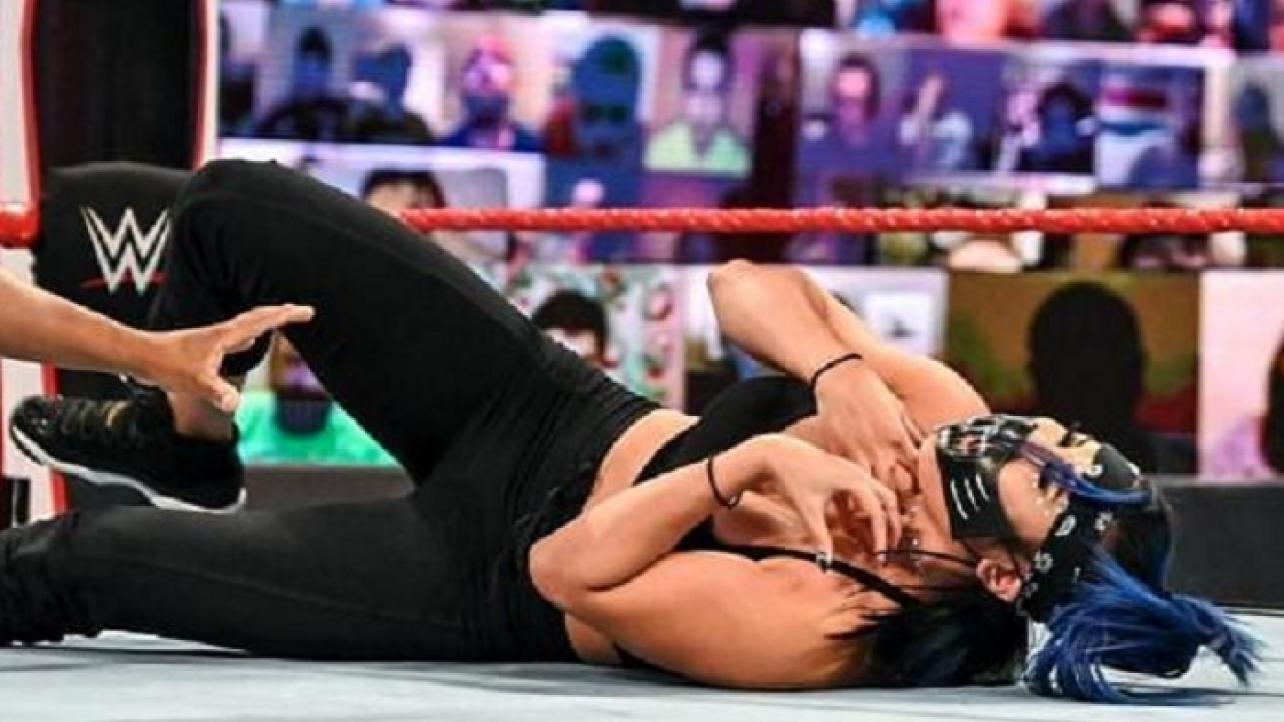 — Earlier this week on WWE Monday Night Raw, there was a spot during the Hurt Business vs. RETRIBUTION elimination match where “Reckoning” (Mia Yim) ended up distracting everyone by falling down and appearing to suffer a seizure. Yim later clarified on Twitter that the action was supposed to depict a “possession” rather than any sort of medical condition, however, a backstage report notes that originally Vince McMahon wanted her to completely play it off as a seizure. Fightfulselect.com reports that Yim and others spoke up and indicated that they felt a seizure would be in poor taste so they didn’t completely go that route. McMahon ended up loving the spot as it played out, as more of a possession, but the one thing he didn’t like was that Reckoning was referred to by her real name by the commentary team.

Not a seizure. Not an epileptic. A “Possession”. To clarify, I would never fake a medical condition like those. https://t.co/3kYynB9yI6