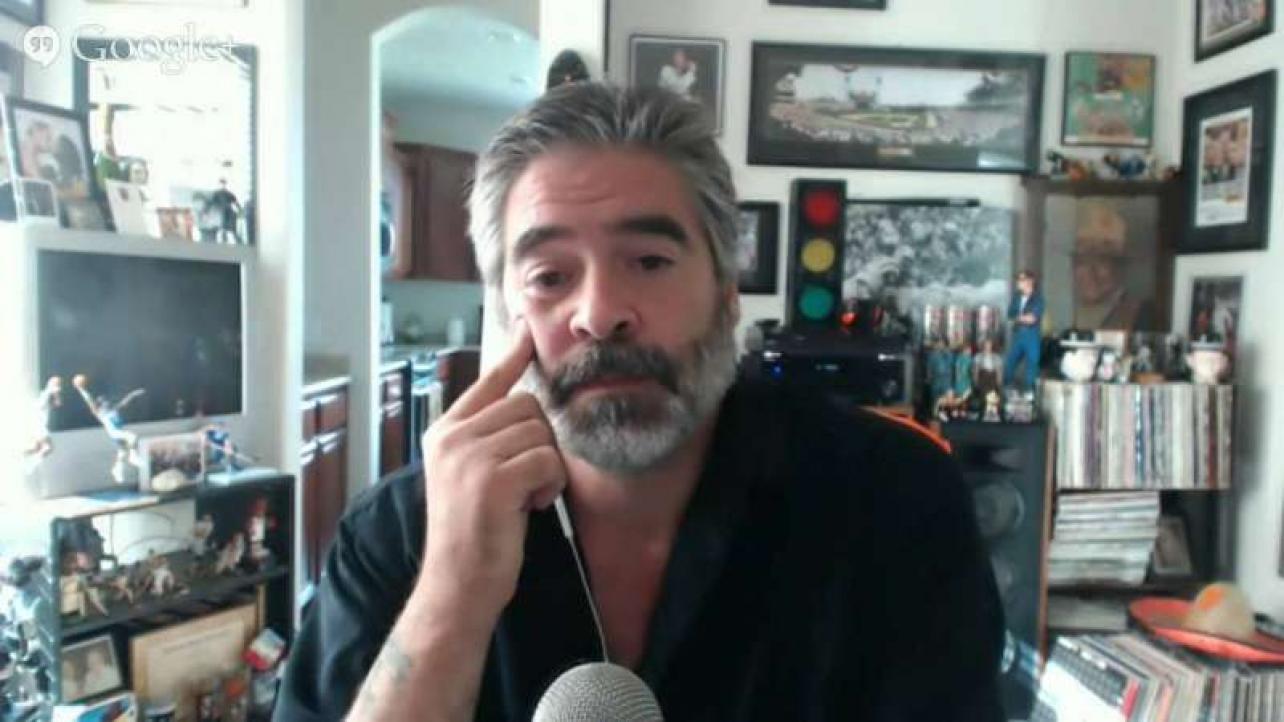 Former WWE head writer Vince Russo recently joined WWE Hall Of Famer “Stone Cold” Steve Austin on a recent edition of his Steve Austin Show podcast. Featured below are some of the highlights from the interview.

On the Steve Austin and Mike Tyson feud being the true start of the Attitude Era: “I believe this was the start of the Attitude Era. Vince’s decision to bring Tyson in to WWE when he was suspended for biting Evander Holyfield’s ear was freaking genius. Who knows what Vince spent, but that money he spent catapulted WWE. That is what I mean when I say that Vince was a visionary. He saw that; it was genius.”

On being adament with Vince McMahon about a swerve needing to take place during their feud: “When Vince and I, with the very early stages of the Attitude Era, there was a time when it was just him and I writing; Ed [Ferarra] wasn’t even around yet. When I was pitching Tyson to Vince, I mentioned that regardless of how they had booked Pro Wrestling 101 the previous 30 years, we’re going to have to go the other way. When they are expecting us to make a left, make a right because it’s going to be unpredictable, it’s going to be must-see TV. This was one of those moments and you will appreciate this; a lot of times keep my mouth shut and listen to the conversation with Bruce Prichard, Jim Cornette, Kevin Dunn, just to see organically where they were going to go. I would just sit back and see what they had in mind. I would never forget, the reason why Vince McMahon wanted to bring Mike Tyson in to WWE, he was selling Tyson on how bad his PR is at the moment, but that if he came to WWE, we will make you a huge babyface, and put you in a huge babyface light. We have to help you with your PR and get people back on your side.

“So, it was one of those meetings where they are sitting there and talking about Mike Tyson coming in and will stand side by side by Steve Austin; Steve Austin was the huge babyface,” Russo continued. “It was all presented in a matter of fact sort of way. We are not even having a conversation here; he was going to be a babyface here. Nobody was even thinking of Tyson coming into the side of DX. They are ready to go on to the next thing but prior to that I had to immediately open my mouth. I said, wait a minute guys. If Mike Tyson reveals he is with DX we just threw a giant monkey wrench into the mix. Vince McMahon’s concern was that yeah it was cool, but when it was all set and done we would have to bring Tyson back to that babyface side, which was his concern. I said to him, ‘Vince, you can’t pass up on this moment. You can’t pass up the Tyson and Austin face to face, you can’t pass that up,’ and thank God Vince went with it. We figured out how to get you guys together when it was all said and done, but when you trace it all back, I believe Mike Tyson was the launching pad to the biggest numbers ever.”

On the Steve Austin vs. Shawn Michaels match at WrestleMania: “I will never forget, because the whole lead into that match was the back problem Shawn Michaels was having. He was in agony and his back was hurting. I was watching that match like everyone else, and I was literally concerned with Shawn’s health because of his back, and I remember watching that match and all of a sudden in the middle of the match Shawn does a kick-up, and when I saw that; half of me was like, you SOB, and the other half was like let’s write that off to an adrenaline rush, it’s WrestleMania, it’s in the heat of the moment, the guy isn’t feeling a thing, but what I went through leading up to that and seeing that kick up, till this day I put a big question mark at the end of that sentence.”

Check out the complete episode of the Steve Austin Show podcast featuring the Vince Russo interview at PodcastOne.com.