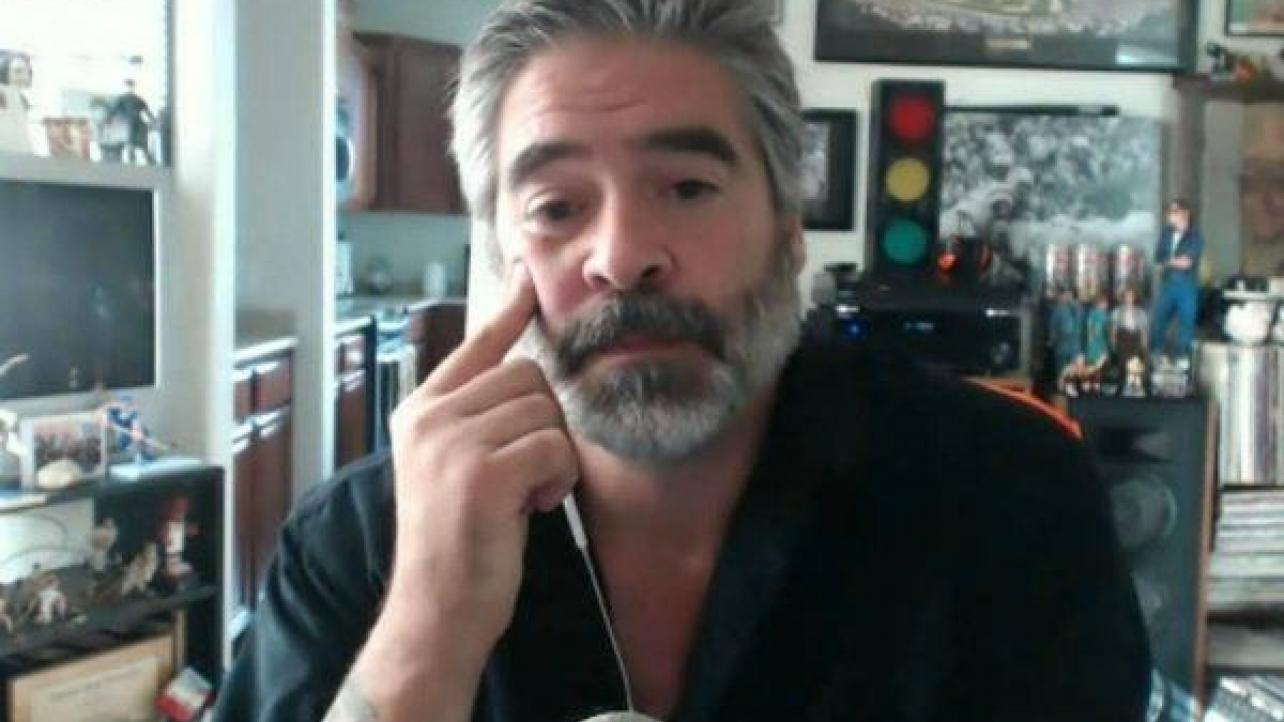 Former WWE, WCW and Impact Wrestling head writer Vince Russo recently spoke about the Kurt Angle / Karen Angle and Jeff Jarrett drama from his Impact Wrestling days, the promotion almost hiring Jim Ross and more on the Truth With Consequences podcast. Featured below are some of the highlights.

On the Karen Angle, Jeff Jarrett and Kurt Angle saga starting: “They use to have these parties. Jeff Jarrett had a reputation of always being the last one at the party. Karen Angle liked to have a good time as well. Kurt Angle was a professional, Kurt would want to do the show and go back to the room and go to bed. How the relationship started was rumors started spreading, Kurt started getting ahold of these rumors. One night in Orlando, it must have been 11/12 at night I got a call from Jeff and his voice was quivering. He said needed to talk to me and I needed to come up to his room. Eventually, right before I went up there, Kurt more or less made his way into Jeff’s room. Jeff was in a hotel room with a very irritate and upset Kurt Angle. I gave all the credit in the world to Kurt Angle for keeping his cool, but he sent a message to Jeff. Brother, I know what’s going on, that night all kinds of meetings because Kurt wanted to quit. Eventually they talked Kurt down and he stayed with the company.”

On the Karen Angle, Jeff Jarrett and Kurt Angle situation destroying Impact Wrestling: It was destroying a company. I don’t know it is none of my business but it is a tough position. I am working with Jeff; Jeff is my friend of 20 years. I am very good friends with Kurt, very difficult situation. At this point Jeff wasn’t owning up to the situation. Dixie is irritate at this point, Jeff gave word that nothing is going on with Karen. Jeff tells Dixie Carter nothing is going on. Early one morning, I had some time to kill, I was at Walmart, I was looking at the action figures about 8 am. I get this call and it is Dixie. I had never heard her like this in my life. Why didn’t you f’ing tell me? You made me like a f’ing moron, you are supposed to have my back, I thought I could trust you. I had no idea what she was talking about. Evidently, Jeff had a party at his house and he had invited Dixie to the party. Dixie walks into this party and Jeff and Karen are hosting this party like a married couple. Dixie walked into this party blindsided and made to look stupid.”

On Impact Wrestling almost hiring Jim Ross: “The Fallout from the party is Jeff is done. To get back at Jeff, Dixie gets rid of Jeff’s people (Dutch Mantell and Jim Cornette). Dixie says I am running a wrestling company without Jeff Jarrett, her first phone call is to JR. His contract situation with the WWE was non-existent. JR went up to the Carter compound, they fell in love with JR. JR was going to replace Jeff and run the company. I got on the phone and talked to JR for about three hours, next thing I know is it doesn’t work out. It could have been one of two things. One would be money, two was part of Jim’s deal was he wanted 100 percent control. I think Jim’s relationship he formed with the Carter parents might have scared Dixie a little bit.”

On Impact Wrestling thinking the signing of Hulk Hogan would push them pass the WWE: “When I almost went back to the WWE in 2002, Hogan was working there then. I had to address the Hogan situation with Vince McMahon. I said, Vince, the last time Hulk Hogan and I were in the same place, things did not turn out well. I was sued, etc. Vince, how I am going to handle this. Vince McMahon said Hulk Hogan is not drawing any money for me at this moment. I will take care of it. Fast Forward to TNA, you would have thought Jesus Christ would have signed with TNA. In my head I am thinking about what Vince McMahon said in 2002. They literally thought the acquisition of Hulk Hogan was going to catapult them over WWE.”

On Bret Hart almost coming into Impact Wrestling: “Here is where it came to head. Bret Hart became available. He had not made amends with Vince McMahon yet, he had not appeared on WWE TV yet. Jeremy Borash and Bret were very very close. I was also a huge fan of Bret Hart. I had the idea of let’s see if Bret wants to come in and be the general manger. We are on board, Ed Ferrera is on board, we pitch Eric Bischoff. Eric is 100 percent over the moon into the idea. We pitch the idea to Dixie, so now Jeremy hooks me up with a phone call to Bret. I talked on the phone with Bret for two hours and Bret is in and I call Dixie to let her know that. However, Hulk Hogan played his creative control card with Bret Hart. He made it clear that he is not working with Bret Hart.”

Check out the complete episode of the Truth With Consequences podcast featuring Vince Russo at Omny.fm.