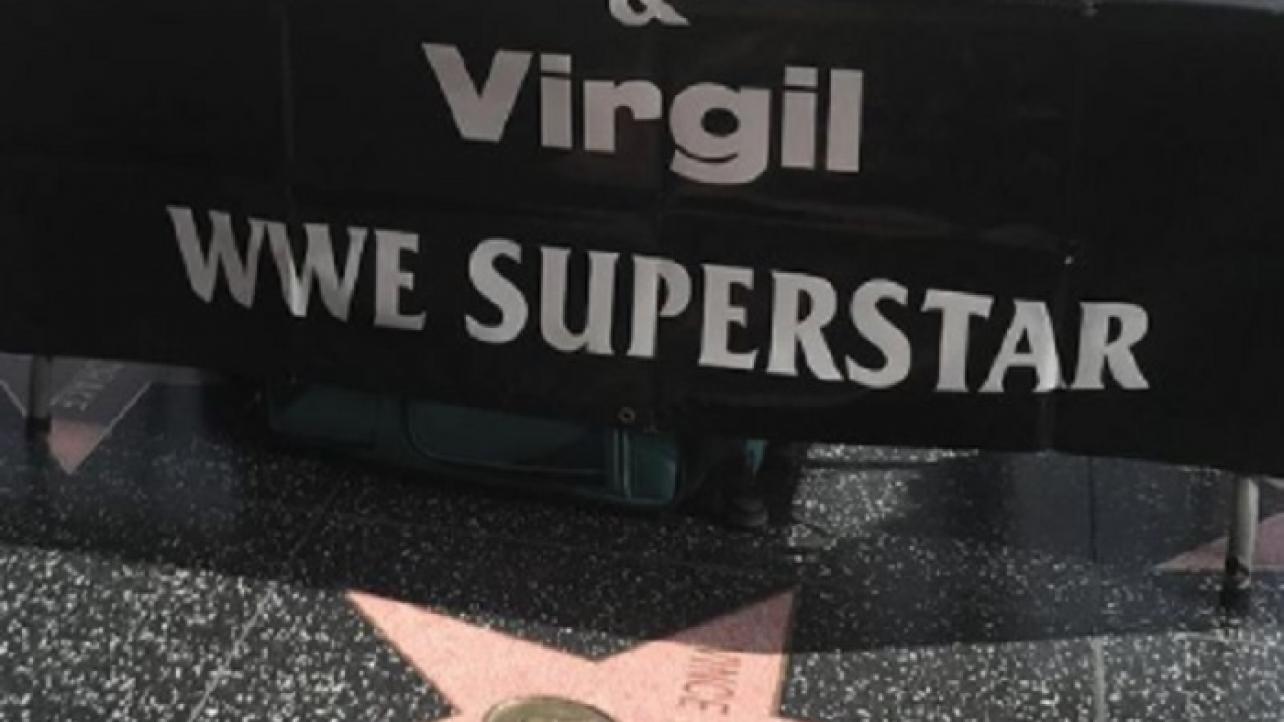 Vincent is trying to get some shine from Vince McMahon’s star.

Former WCW star and nWo member Vincent, better known as Virgil during his run in WWE, set up an autograph table on the Hollywood Walk of Fame star of Vince McMahon.

The pro wrestling veteran shared a statement and photo on his official Instagram page to capture the moment. The statement reads as follows:

“Happiest bday to my 2nd fave Vincent aka Vincenzo aka the Gorgonzola Godfather to my unborn children aka the All Mighty Appetizer to my Beef. Today’s hustle will be dedicated to you. My only wish for your bday is for you to get my video game #meatsaucemadness and stuff yourself with the most gourmet OG in the game. Sending love from the man with the biggest breadstick in the back to the man with the biggest meatballs. Love ya.”

A post shared by Soul Train Jones aka VIRGIL (@realvirgil)