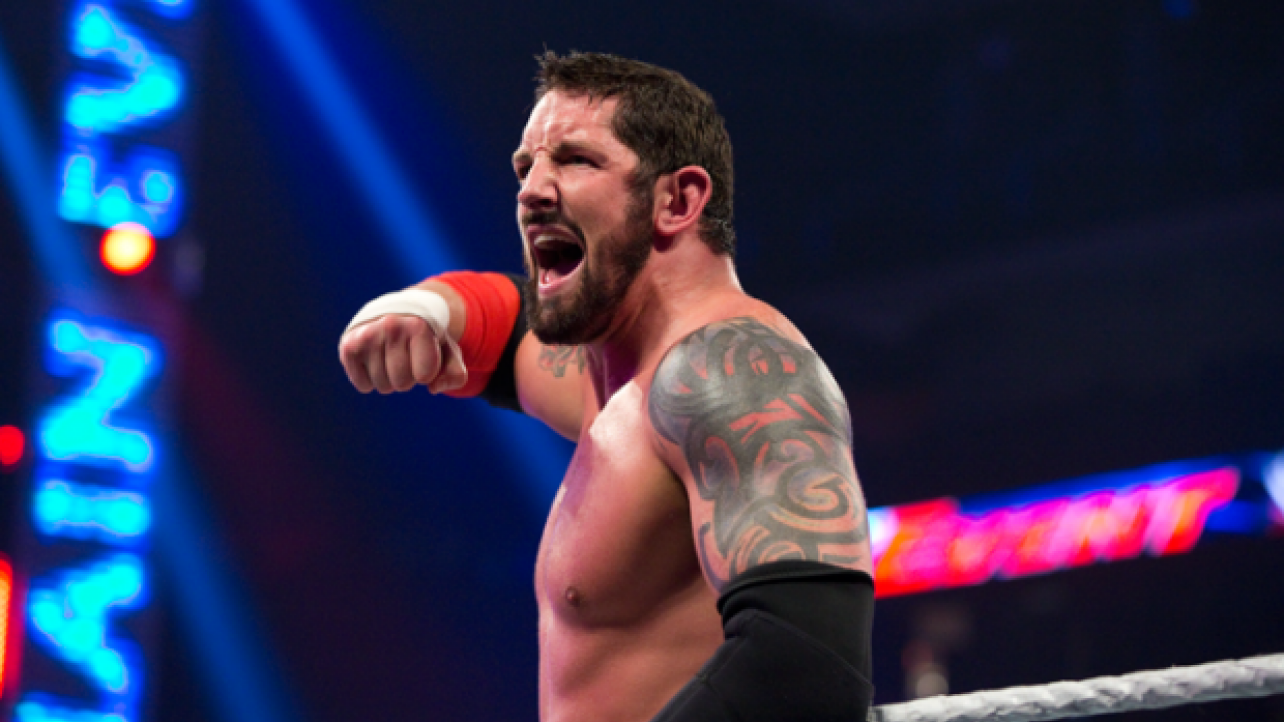 Former WWE Superstar Wade Barrett recently appeared as a guest on The Buzzards Wrestling Podcast for an in-depth interview. Below are some of the highlights.

On Chris Jericho challenging Kenny Omega for Wrestle Kingdom 12: “I’m constantly amazed every time I turn on my Twitter or Instagram because he’s got something else up his self. This week he’s releasing a new album, next week he’s got a book coming out, next week he’s going on a cruise with wrestling fans on there and then he’s going to wrestle at the Royal Rumble and then he’s off to wrestle Kenny Omega and then he’s got a TV show coming out. It’s like, I’m at the point now where I’m not surprised because it’s Chris Jericho and I just expect him to do things like that. But yeah, I think it’s really cool. I think it’s amazing that wrestling is at that point now where he can go and do something like that because I don’t think even five or ten years ago that would’ve been on the cards. It’s cool that wrestling around the world isn’t just so focused on this one place, WWE. There’s stuff springing up everywhere and who knows, in five years time, there might be a company in the UK that could put on something similar with a top guy from WWE and say, ‘Hey, we know you’re on a little break, why don’t you come over here to Birmingham, we’ve got this huge show on, you can wrestle Marty Scurll, who’s the top name out here’ or whoever it might be at the time, and put on this huge kind of Wrestle Kingdom show out here in the UK, which would be incredible and let’s be honest, we have the talent to do it. It’s just a case of putting all the pieces in place together.”

On The Nexus debut: “It was really cool. Obviously, there was a lot of pressure on us as brand new guys and we’d literally been told by Vince [McMahon] before we went out that, we ‘Better make this good, because if it isn’t good, you guys won’t be around for very long.’ So, that’s kind of hanging over you when you go out there and I think when we were out there and attacking the ring and smashing things up, we were so in the zone that we weren’t really paying too much attention to the reaction or the atmosphere or how it was being picked up. We were all just so focused on making sure we did what we’d all talked about beforehand. ‘I’m going to do this, you’re going to do this here, how about you do this?’ We had this thing outlined in our heads and we were so focused on making sure that we didn’t screw it up that by the time we go to the back, we hadn’t actually absorbed what was happening.

But then when we got to the back, we were kind of given a standing ovation by the locker room and all the guys that were working there and people were kind of blown away by what they’d seen. Then they started showing replays of crowd reactions and stuff and that’s when it started to sink in that, ‘Woah, this was pretty big’ and then we realized afterwards, ‘Wow’, you know for us as young wrestlers, we’ve put up and taken down rings a million times by that point. That’s kind of part the breaking into the business, that’s what you have to do, you put up the ring, you know what it looks like when it’s taken apart. What we didn’t think about was the fact that the entire WWE Universe or the fan base had never seen a ring half taken down or they didn’t know what was underneath that blue canvas. They didn’t know there were boards underneath there and stuff like that, so the impact that had on that fan base was way bigger than anything we could’ve ever imagined, just because they’d never seen something like that before.”

On the wrestling scene in the U.K. prior to him joining WWE: “The great thing for me is, when I was wrestling back in the UK pre-WWE, I was lucky to get £30 [about $40] a show and I’d be working one or two nights a week and you’d end up with £60 [about $80] and nobody was really able to make a living out of that, so we all had full-time jobs on top of that. I think there was one guy who didn’t have a full-time job, who wrestled full-time and that was Doug Williams and he was the massive exception that he was able to do that. Now, you speak to the guys in the locker room and so many of them just do this full time and they’ve got there own merchandise and they’re travelling to Japan and then they’re off to the US, then they’re back here for three shows and then there off to Europe for a couple of shows. It’s their full-time job and they don’t need anything else to fall back on and they sustain themselves and they’re making good livings out of pro wrestling and it really speaks volumes about how much the industry in this country has moved on and the quality of performers we have here and the quality of production that companies like Defiant Wrestling can put on, so it’s a great thing.”

Check out the complete Wade Barrett interview from The Buzzards Wrestling Podcast at AudioBoom.com.