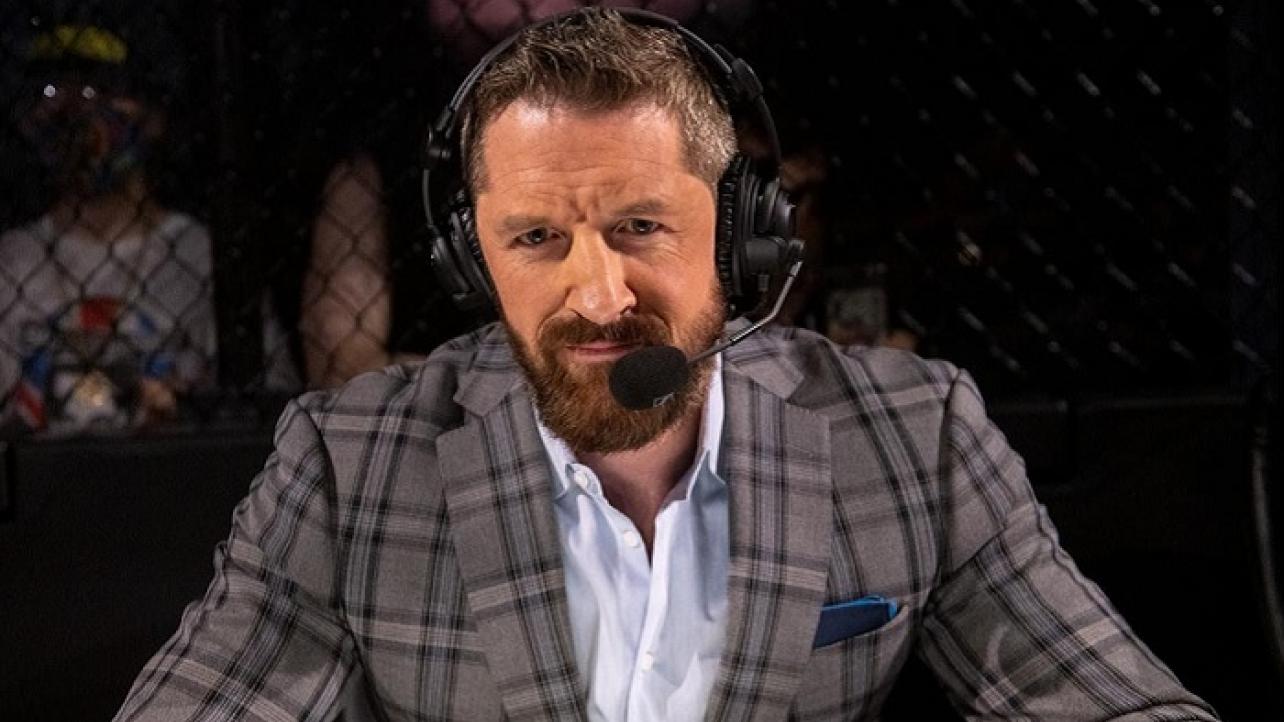 As noted, Wade Barrett recently appeared as a guest on the After The Bell with Corey Graves podcast for an in-depth interview covering all things pro wrestling.

In addition to the highlights from the interview that we previously published here on the website, the pro wrestling veteran and current NXT 2.0 commentator also spoke about turning down the initial offer from the late Dusty Rhodes for the role he is in now in the company, as well as how a phone call during the summer of 2020 led to where he is today.

On turning down the initial offer from the late Dusty Rhodes for the role he is currently in with the NXT brand: “I left WWE in 2016. I’ve been with the company close to 10 years through developmental and all that stuff. I was really kind of burned out by 2016 and looking not only to step away from WWE but from the industry in general. So I kind of took a couple of years, went away, did some other things like acting, some TV hosting and slowly but surely as tends to be the case the love for sports entertainment wrestling, came back. [So] I started doing some independent things here and there. The one thing that I always knew I wanted to do when I got a little older, I didn’t want to be a coach. I didn’t want to be a trainer or set up my own training school, which a lot of guys do. I really wanted to be a commentator. When I was back in developmental in Florida Championship Wrestling in 2009, I was actually a commentator there under Dusty Rhodes. He decided to give me a shot at that and he really liked what I was doing. I was working with Byron Saxton who was the play-by-play guy, so I always knew, Okay, that’s in my back pocket. One day I [would] love doing that. I’d love to get back to it one day.”

On how he got a phone call in the summer of 2020 that led to the opportunity he’s in now: “Thankfully I got a call from Tom Phillips and Michael Cole back in summer 2020 saying ‘look, we’ve got a position opening up. We think you be great for it. We’ve seen what you’ve done before. We think you’re a good fit for the show. Are you interested?’ Two or three weeks after chatting with them, they’re like, ‘yeah you know, probably come back in about six months or something like that. It’s gonna be a little while.’ Then I got an emergency phone call from Michael Cole: ‘Hey, we need you in tomorrow. Can You get on a plane? We need you to start right now.’ [I went] ‘Okay, yeah, let’s do it.’ So, as is the case in WWE, things change very rapidly.”

Check out the complete interview at Apple.com. H/T to SEScoops.com for transcribing the above quotes.