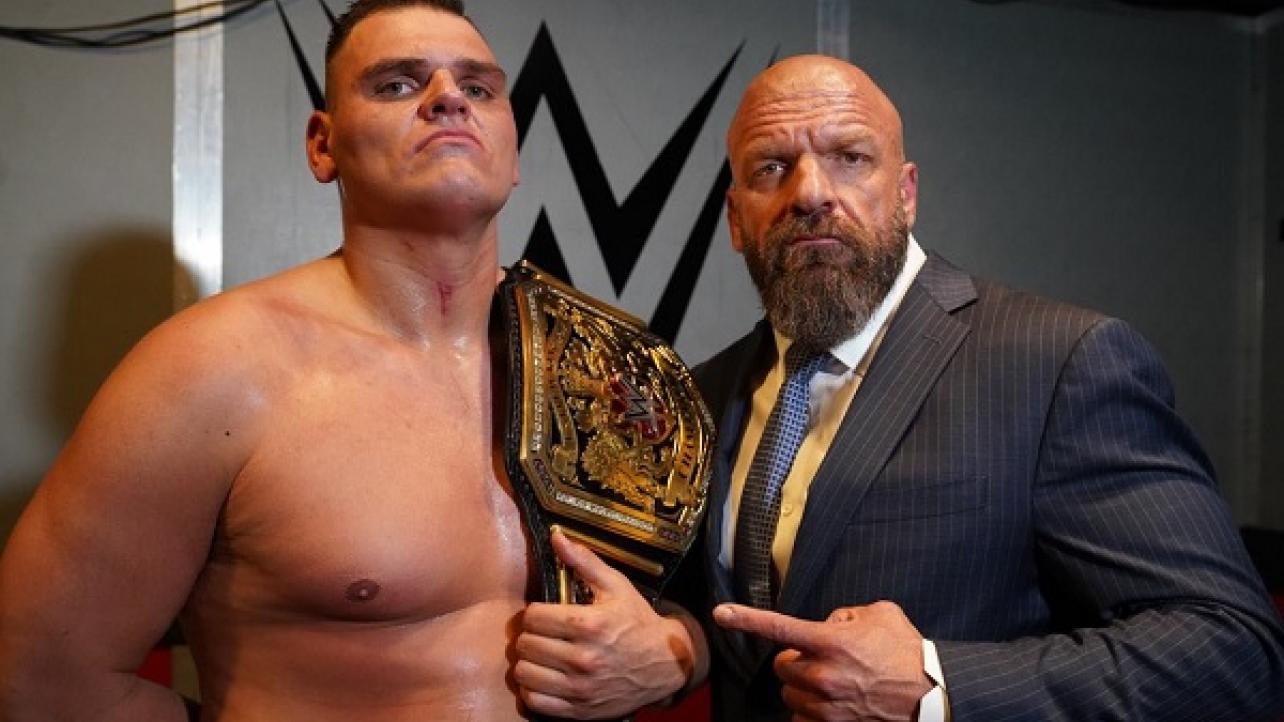 – After ending the record-setting WWE United Kingdom Championship reign of Pete Dunne by capturing the title from him at the NXT TakeOver: New York live WWE Network special on Friday night, WALTER took a photo backstage at the Barclays Center after the match with WWE COO Paul “Triple H” Levesque. Check it out below.

– Becky Lynch posted a photo on Twitter of herself, Daniel Bryan and Bobby Lashley on hand in New York City to light up the Empire State Building in a special ceremony. Check out the picture below.

I first arrived here at 19 and worked in a bar. Now I’m here lighting up the @EmpireStateBldg and working the main event. pic.twitter.com/rTjHLWJzVF

– The latest installment of the WWE digital series, WWE Top 10,> which you can check out below, features a look at the top ten “Shocking WrestleMania Moments.”