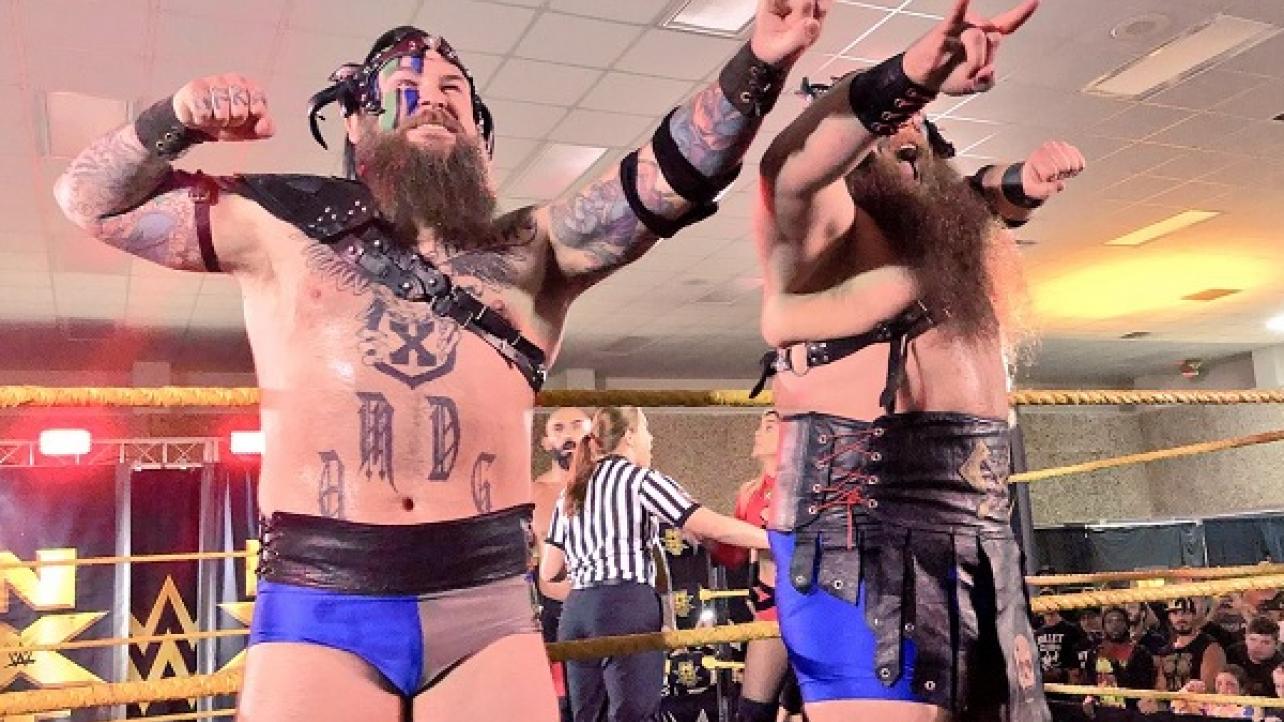 War Machine wrestled their first match for WWE at the NXT house show in Jacksonville, Florida on Thursday night.

After appearing at a couple of events recently, the duo made their official in-ring debuts last night, defeating Cezar Bononi and Adrian Jauode in tag-team action.

Hanson and Rowe told Bononi and Jauode, “first we’re going to shake your hand, then we’re going to kick your ass,” before the match, which as promised, they won.

War Machine signed with WWE in January along with Ricochet and Candice LaRae. They were shown on camera in the front row at the NXT TakeOver: Philadelphia special, however they have yet to be featured on NXT television.

Check out a photo of War Machine in the ring at the NXT house show in Jacksonville last night above.