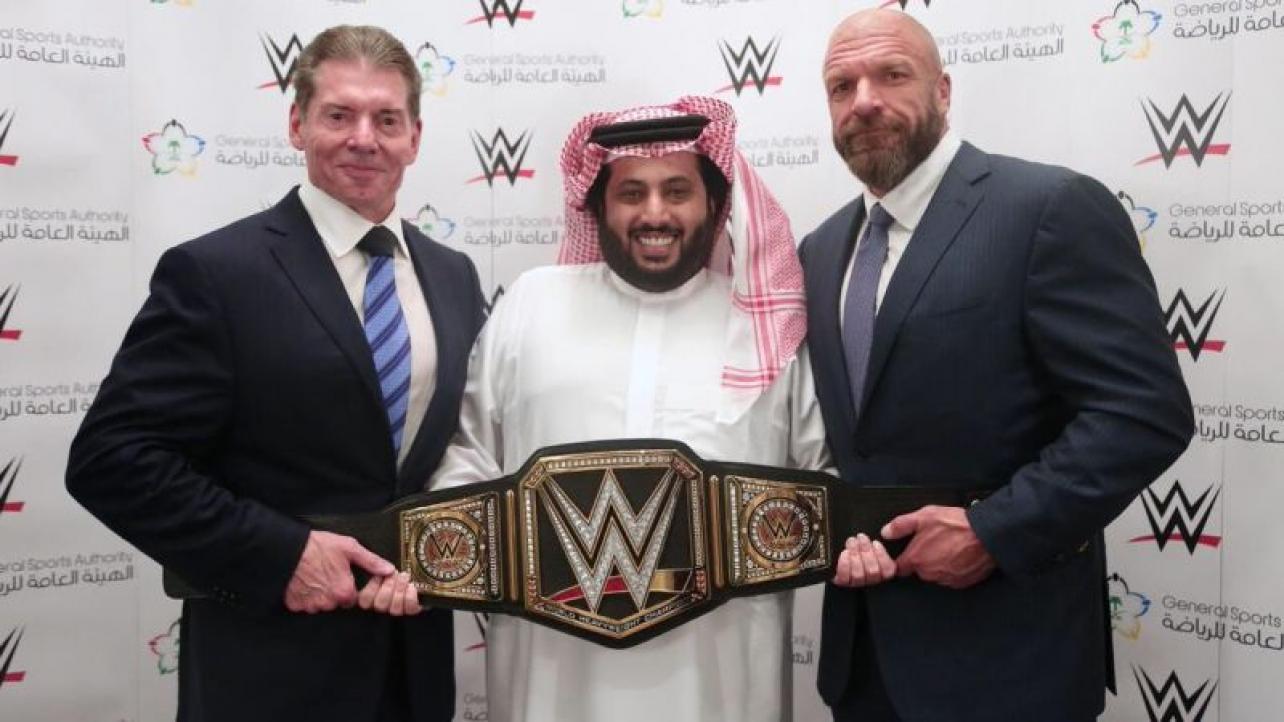 — Take this as only a rumor for now, but there are reports going around – originating with former WWE Spanish announcer (and current AAA employee) Hugo Savinovich – that the real reason the WWE flight from Saudi Arabia was significantly delayed was not because of a mechanical failure but rather due to a dispute between Vince McMahon and the Crown Prince of Saudi Arabia due to McMahon not being paid yet (reportedly “millions of dollars”) for the last two shows held in the country.

— Savinovich claimed that McMahon retaliated for the non-payments by ordering Kevin Dunn to cut off the Crown Jewel live TV feed, which was airing on a one-hour tape delay, angering the Prince, who then either ordered the flight grounded or by forcing WWE talent off of the plane. Savinovich also claims that if the issues were mechanical in nature as WWE claimed, McMahon could easily have gotten his talent on another plane and back in North America much sooner than when they actually arrived.

— Here’s the video of Savinovich talking about it (it’s all in Spanish) with a rough summary of what he said. The video also includes him talking about his wife, who recently passed away.

“The issue was the Crown Prince ordered to have the wrestlers get off the plane in retaliation for McMahon cutting off the Crown Jewel TV feed in Saudi Arabia. The issue, arose due to McMahon being owed millions of dollars by the Saudi government for their previous shows. A lot of wrestlers are unhappy about what went down and many have sworn that they would never go back.”

— Whether this is related or not, Dave Meltzer tweeted yesterday that WWE was trying to obtain as much video footage as possible from talent to support their claim that the flight delay was indeed caused by a mechanical issue, which he felt was “very strange.”

One person in the company said WWE is trying to get video from as much talent as possible to claim the mechanical issues on the plane were the problem. Just the fact they would do this is very strange.