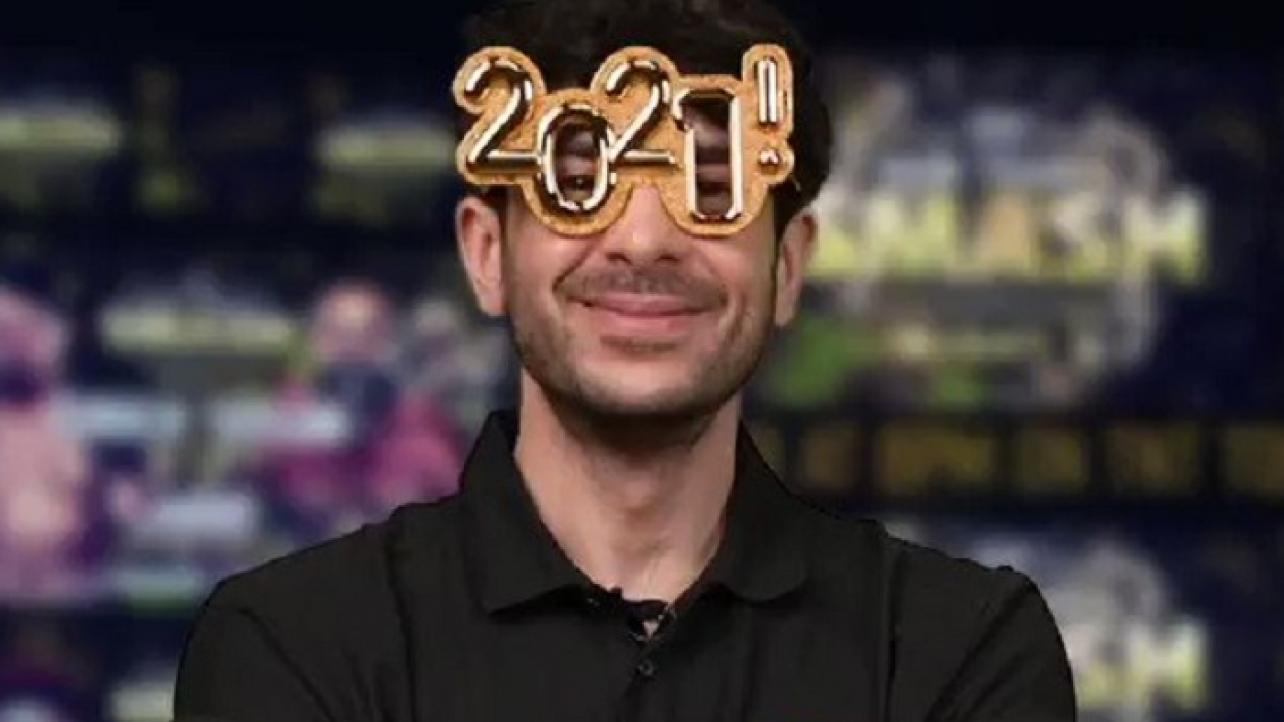 The AEW President Tony Khan appeared in yet another “paid ad” alongside Tony Schiavone on this week’s episode of IMPACT Wrestling on AXS TV.

As seen during the program, Khan appeared with Schiavone and plugged this week’s AEW Dynamite: New Year’s Smash Night 2 special, which goes down tonight on TNT.

In addition to running down the card for the show, Khan addressed IMPACT Wrestling, congratulating the promotion on their 2020 and welcoming them to 2021.

“Welcome to 2021, Impact Wrestling,” Khan said. “Congratulations on a great 2020. Let’s look at all the great things that happened to you last year – you had these paid ads from me, revenue coming in from me, you had the AEW World Champion Kenny Omega grace your show with his presence because I allowed it, and he brought the greatest title in all of sports with him, and tomorrow night you get to watch a real wrestling show. AEW Dynamite New Year’s Smash Night 2. We have a huge card. Tony, please tell them how it’s done.”

Additionally, Khan would go on to thank Don Callis for sending The Good Brothers to AEW, as seen on last week’s AEW Dynamite: New Year’s Smash Night 1 special on TNT.

“Don, it was great for The Good Brothers to show up on AEW Dynamite,” Khan said. “I really enjoyed it. I’m not sure what’s so good about them and actually, I don’t even think they’re really brothers, but they have a following, so Impact Wrestling congratulations, because you did at least one thing right in 2020. So, Impact Wrestling, feel free to send The Good Brothers, Don Callis, anybody you want, tomorrow night, AEW Dynamite New Year’s Smash Night 2.”

Check out the latest “paid ad” featuring Tony Khan and Tony Schiavone from this week’s IMPACT Wrestling On AXS TV show via the tweet embedded below.