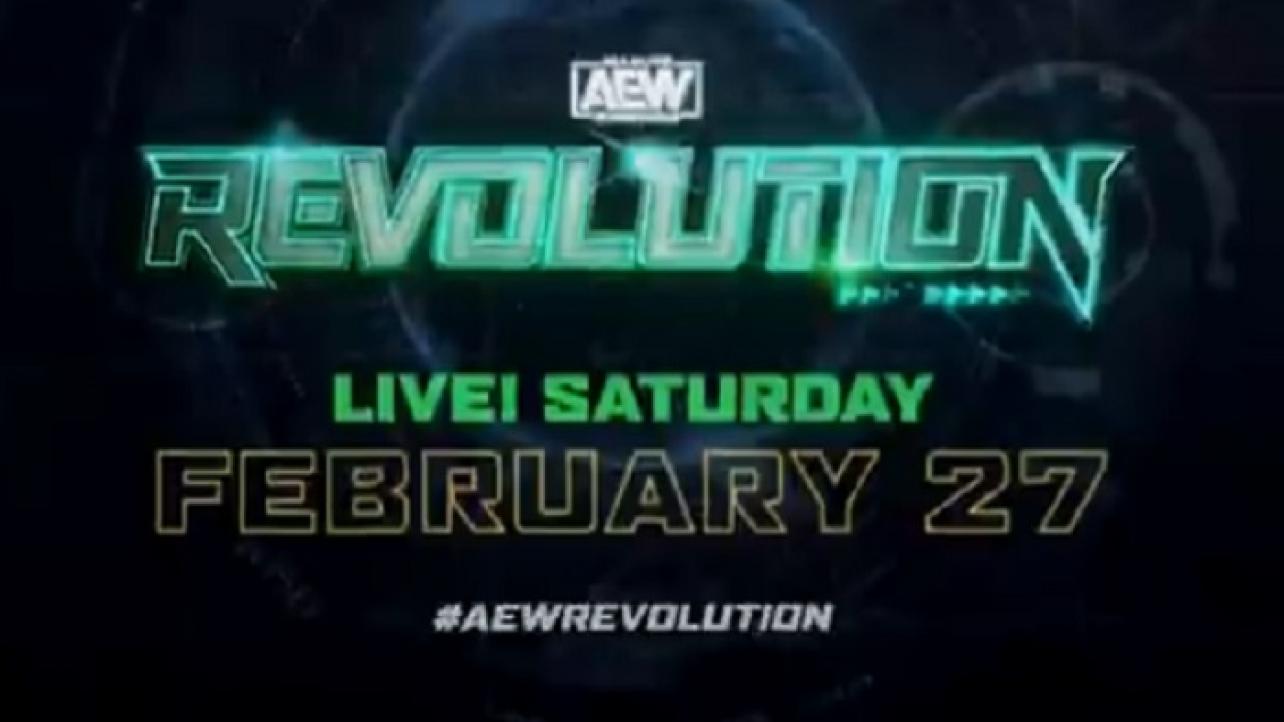 All Elite Wrestling will return to the pay-per-view arena for the first time in 2021 in February.

During the AEW Full Gear PPV, it was announced that the company’s next PPV will be titled “AEW Revolution 2021” and it’s scheduled to air on February 27, 2021.

No location information was announced while last year’s event was in Chicago, IL.

If AEW doesn’t change course for next year, this would be one of their “big four” PPVs, with the others being Double or Nothing, All Out and Full Gear.

Watch the official AEW Revolution 2021 pay-per-view trailer, which premiered during the aforementioned AEW Full Gear 2020 show over the weekend, via the video embedded below in the following tweet from the official Twitter feed of All Elite Wrestling.

Make sure to join us here at eWrestling.com on 2/27/2021 for LIVE results coverage of AEW Revolution.

Join us for our next PPV #AEWRevolution, Saturday, Feb 27th! pic.twitter.com/Fm9jSI5rJf