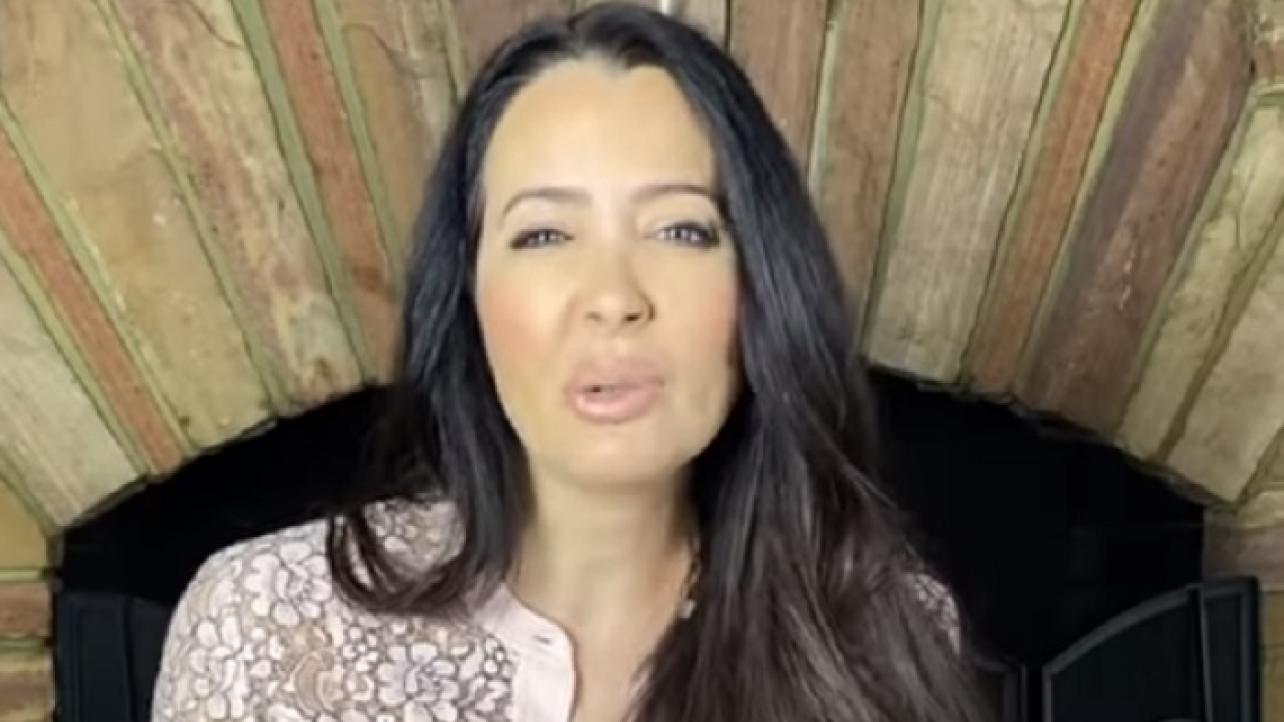 Weber recalls Orton bumping into her chair seat before yelling at obscenity at her.

She later talks about challenging Edge to a physical altercation after she claimed he poured a drink on her while sleeping.

“The trainer told me to go into the men’s locker room and to grab two Ibuprofen, which I did. He told me what to do, I did it. And some ice. So when I was on the plane, on the way back to Alaska, we had more matches there, more TV to tape, I was laying across three seats. We were all sleeping, and I’m going to go ahead and call people out because this is a truthful video. Randy Orton decided to come up behind my chair and he slammed into it like a linebacker, so hard that I landed on the floor of the airplane. And then he said to me, ‘You’re gonna learn, [bitch].’ I didn’t understand what he was talking about. So I turned around, went back to sleep. I was awoken by someone pouring a drink in my face. So immediately I popped up, I looked up, and I saw Edge, yes, you, Edge, with a partially drank drink in his hand, there was a little bit left, and it was the same color that was basically all over me. So I stood up on the airplane seat, and I was eye-to-eye to him, and I said, ‘Do you have a problem with me?’ And he goes, ‘What are you talking about?’ Of course he denied it, but the drink was in his hand. So I said, ‘Come on, you want to fight me? Let’s go, you want to be a man, go ahead, let’s go, fight me. You want to pour a drink on me?’ And he kept denying it, but I know he did it, I saw the cup in his hand. At the end of the day, did I deserve it because I took two Ibuprofen that the trainer told me to take, and some ice, from the guy’s locker room? I don’t think so.”

Weber later adds that when the plane landed she decided she could no longer work for the company.

“So when I got to Alaska, Shane McMahon was there, we were all getting our bags, and I was done. I just felt like I couldn’t continue to be in an environment where people really had no respect for me. They had their reasons but I don’t think taking two Ibuprofen for someone to call you names, try to physically harm you, and then pour a drink in your face.”

(H/T to 411 Mania for transcribing the above quotes.)