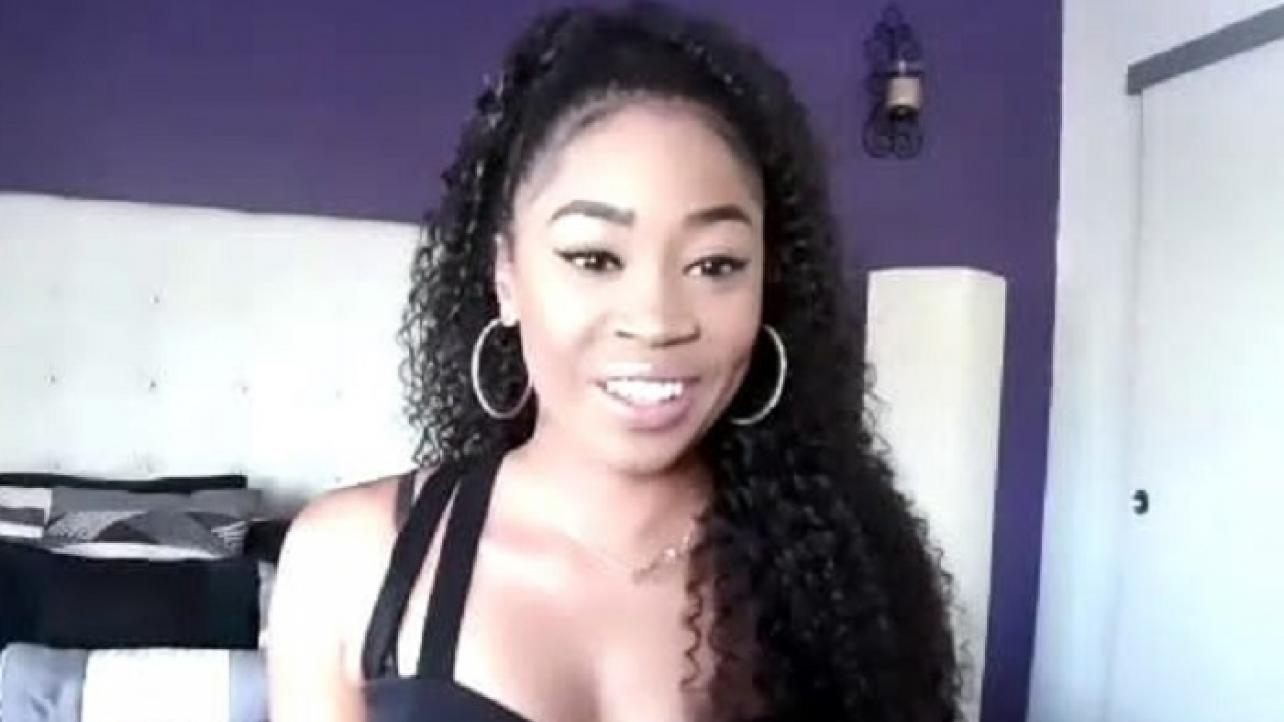 WATCH: Ariane Claims She Set Trends In WWE That Others Copied, Talks Being A “Rebel” (VIDEO)

During her appearance on the popular pro wrestling program on Monday, the former WWE and AEW star spoke about the 3D animated video for the official music video for the aforementioned new single, setting trends during her run with WWE, being a rebel while in the company, expenses that come with being in the business and more.

Featured below are some of the highlights, as well as a complete video archive of the new Ariane Andrew interview from the latest installment of the Wrestling Inc. Daily podcast.

On the animated 3D music video for her new single, “Born This Way”: “At the end of the day, even though I’m not in the ring now, who knows what could happen in the future, to still kind of give fans a little bit of kind of the world I used to be in. I know a lot of wrestling fans are gamers as well, and for me, everyone’s kind of already doing the typical music video. I was like, you know what, I’m going to take this music video and do something completely different and do 3-D animation so it’s going to look like a video game.

“I’m a very spiritual person, very intuitive, and I actually was just reading this book ‘How To Be Your Own Psychic’. And as I was reading it, ideas and stuff will come to you, ways to visualize what it is that you’re trying to move forward with. And as I literally was reading that book, it popped in my head. It’s the coincidence of it all of reading this book and then getting this idea.”

On working outside projects during her WWE run, being a bit of a rebel during her run with the company and more: “I kind of was a rebel. I was doing things that, technically speaking, you shouldn’t be doing, and I understand. When you’re in that world, there’s no other job. Usually in other fields, you can go out and venture and do other things. I always looked at it as well, as long as I’m not do anything to make WWE’s named look horrible, it’s just bringing more publicity to WWE and getting it more mainstream. It’s a catch-22 because, yeah, do I miss WWE? Do I miss my sister from another mister (Naomi)? Yeah, I miss those things, but it’s also great to be able to be my own person, and I think a lot of people didn’t really get to know who Ariane is. They were so into Cameron. Cameron is the alter ego of who I am because I’m actually a really down to earth, chill person, and it’s kind of nice for me now for people to see who I am instead of just taking who Cameron was and running away with it and being like, ‘Oh, she’s so f**king annoying!’ And again, even my personality now may not be for everybody, but it’s great to be able to be me and show these sides. I meditate, I journal, I’m a very spiritual and into wellbeing, and this is Ariane and that is Cameron. That is a character. That is a turnt up version of me.”

On pursuing outside gigs in WWE before it was fashionable to do so in her opinion and if others stole the idea from her: “No, but you know how everything goes. Everyone talks. People, they’re writing stuff down, and I was doing red carpets before you could do that. I was doing sponsored deals. When Instagram first got on, I was doing a sponsorship deal for this alcohol company that I never told them about. Everyone was talking about it, and you weren’t supposed to do those type of things, but at the end of the day, I was like, well, I’m very grateful for the opportunity. But when you’re on the road, and you’re paying for so many things, you’re like, whoa, okay, what I’m paying for? What I’m getting, it’s kind of like, okay, well, I need to make a little bit more extra money. And I’m not doing anything bad. If anything, I’m just producing more publicity. Before Fashion Nova was a thing, I was wearing Fashion Nova and doing sponsor stuff with Fashion Nova. That was years ago, and now Fashion Nova is huge. I was always that person who was kind of pushing the boundaries but not in a bad way. It’s just I have to look out for myself. They could fire me any time and be like ‘bye’. It’s like, okay, well, what does that mean once I’m done with my contract? You have to kind of look out for yourself, and I feel like as long as you’re doing it in a way where you’re not f**king someone over or hurting someone, there’s really no harm, no foul.”

On expenses that come with being in the business: “For the opportunity and for the age I was at, I thought I was making great money. You’re getting costumes. You’re paying for your rental car. You’re paying for your hotel. You’re paying for these things, and it gets pricey. And because I’m the most extroverted, introverted person, once Jon (Jimmy Uso) came on the road with Trin (Naomi), I used to kind of ride by myself. Most people like to ride together. I’m like, okay, I want this moment to just kind of decompress. We spend so much time with each other, gone 300 days out the year. I just need this time for me.”

Watch the complete Ariane Andrew interview from the Wrestling Inc. Daily podcast via the YouTube video embedded below courtesy of the official channel for the program.

WATCH: Ariane Claims She Set Trends In WWE That Others Copied, Talks Being A “Rebel” (VIDEO)