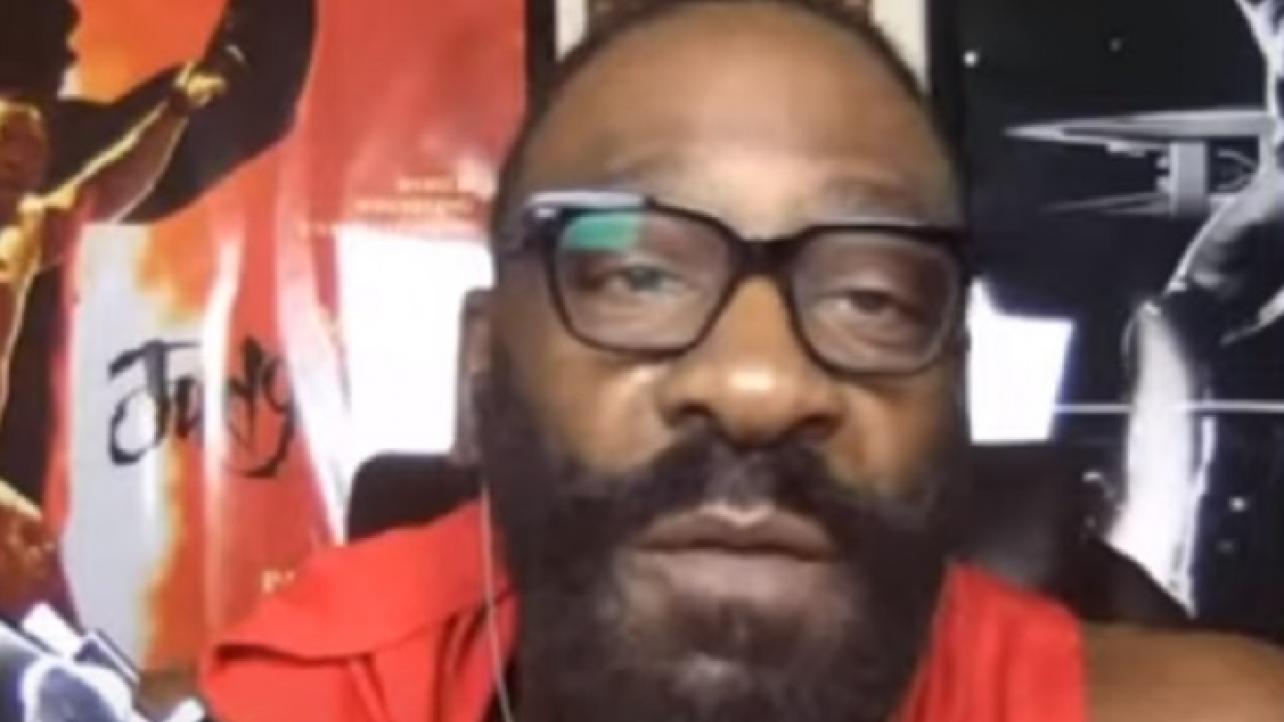 WATCH: Booker T Explains What Matt Riddle Is Doing That Is Holding Him Back In WWE (VIDEO)

WWE Hall Of Fame legend Booker T sounded off with his in-depth thoughts on Matt Riddle during a recent installment of his “Hall Of Fame” program.

During the show, the on-and-off WWE commentator, pre-show analyst and former in-ring legend explained why performing barefoot limits how far Riddle can take his career in WWE, and why he needs to focus more on his storytelling.

Featured below are some of the highlights of Booker T’s comments about Matt Riddle from the latest episode of his “Hall Of Fame” show.

On why performing barefoot limits how far Matt Riddle can take his WWE career: “Not taking anything away from Matt Riddle, that (not wearing boots) was the first thing I noticed about him. I know flipping them off was cool and how WWE captured it in slow motion. That’s fine but I think about so much when it goes into being the wrestling heavyweight champion. Let’s think about it for one second. There’s a protocol there. How many world heavyweight champions have we had that were bare feet? How many bare feet wrestlers were greater than Superfly Jimmy Snuka? If you’re trying to get to the heavyweight championship or the Universal championship, there has always been a certain look that you have to have. That’s just the way I look at the wrestling business. When we are talking about Matt Riddle, I’m thinking from a promoter’s perspective only. That’s it. That’s all I’m thinking about.”

On Riddle’s move-set being fine but needing to focus more on his storytelling: “My thing is, if Matt Riddle took my advice, maybe he would understand the concepts of making a match feel as opposed to somebody just watching it. That’s what I try to talk to these guys more than anything. They probably can do more moves than I ever could think about doing, but it’s not the wrestling moves I’m talking about ever when I talk about guys like Matt Riddle. It’s about making people feel a certain way when they watch it. I want to go out and create some great Shakespeare. It’s not a match. It’s real to me and I’m going to make it real. I wish these guys would quit playing these games and think for a second and say, let me see exactly what this guy is talking about because trust me, I could help you a lot more than I could hurt you. A lot of people are content and think it’s really good and they have it figured it out. Let me tell you right now, there is no way you figured this business out in 5, 8 or 10 years. It’s not going to happen. It’s going to take much longer than that to figure out the nuances of going out and performing in front of a crowd and making the crowd care. You go out and make some kid cry because you are getting beat up so bad that the kid wants you to come back. Go out and make a tear come out of somebody’s eye. That’s your test. That’s the bar for me as far as going out and making fans feel a certain way.”

Check out more from Booker T’s “Hall Of Fame” show via the YouTube video embedded below.

WATCH: Booker T Explains What Matt Riddle Is Doing That Is Holding Him Back In WWE (VIDEO)