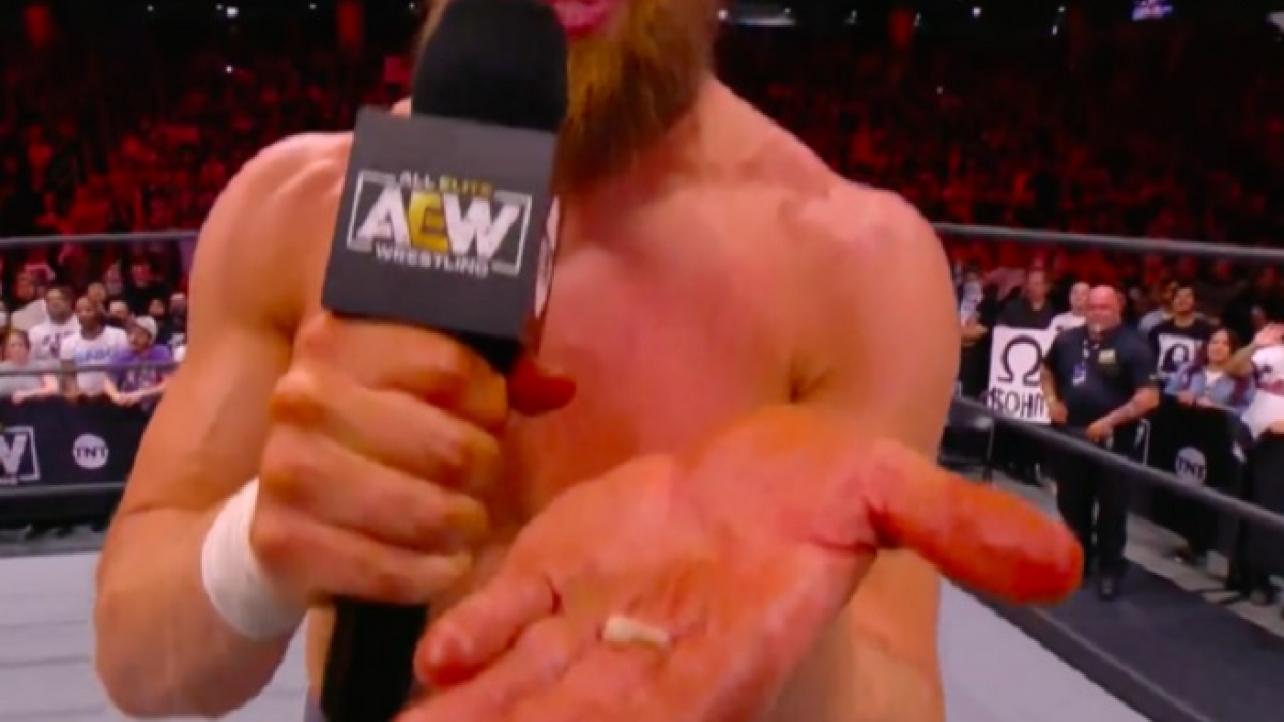 For those who missed it, “The American Dragon” kicked Colt Cabana’s teeth out during their one-on-one match on the Thanksgiving Eve edition of AEW Dynamite on TNT on Wednesday evening.

After the match, which took place from the Wintrust Arena in Chicago, Illinois, Danielson spoke with Tony Schiavone for a post-match interview and then was involved in a face-to-face segment with AEW World Champion “Hangman” Adam Page.

During the post-match interview and subsequent Hangman Page segment, Danielson gloated about knocking Cabana’s teeth out during their match, even picking up and showing to the camera the teeth that previously called Cabana’s mouth home.

Check out video footage of Bryan Danielson with Colt Cabana’s teeth from this week’s AEW Dynamite show via the clips embedded below courtesy of the official AEW Twitter feed.