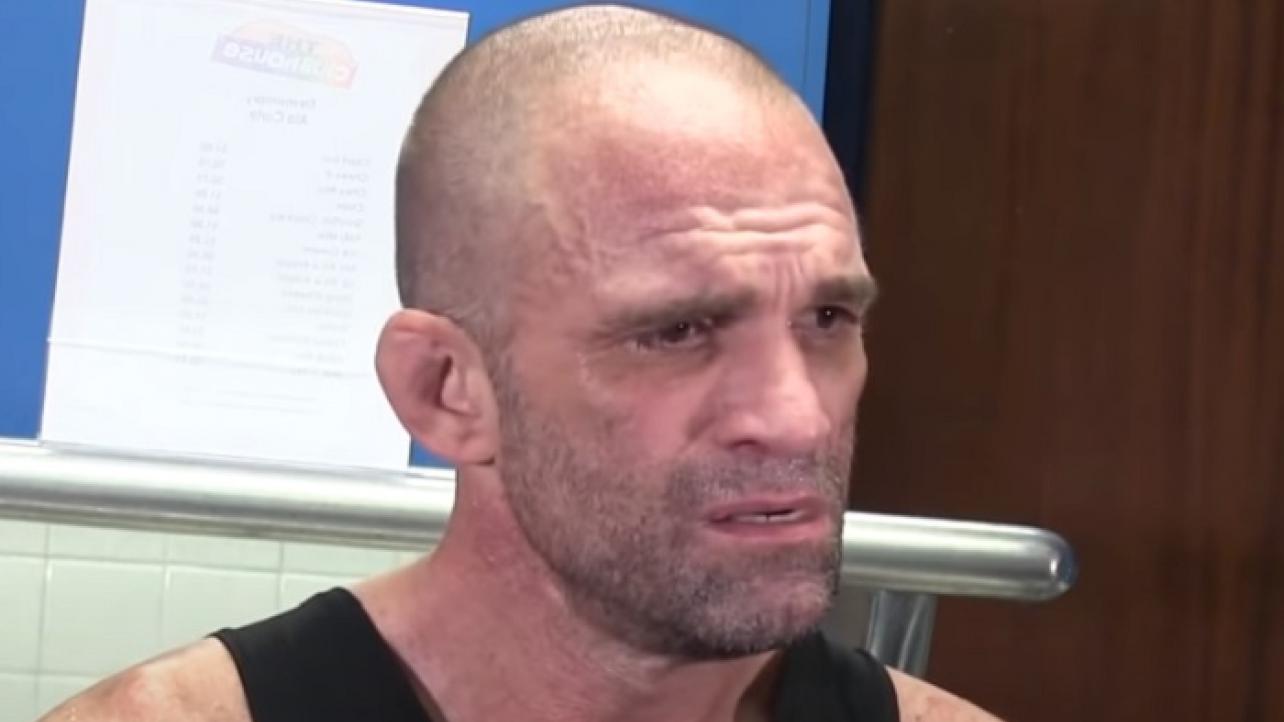 During the 20-plus minute one-on-one sit-down discussion with the former pro wrestling veteran, who is almost unrecognizable compared to his active in-ring days, Haas spoke about his amateur wrestling career, Dan Gable’s recent Presidential Medial of Honor presentation as well as his friendships with Brock Lesnar, Shelton Benjamin, Rene Dupree, Rick Bassman, Kurt Angle and many others.

Additionally, Haas claimed that while he does not technically have interest in returning to a promotion such as WWE, All Elite Wrestling (AEW) or IMPACT Wrestling on a full-time basis, he does want to return to the business as a coach or someone who helps pass down knowledge he has gained from wrestling legends and his own personal experiences in the industry to the new, up-and-coming prospects.

Featured below is an excerpt from the new Charlie Haas shoot interview where the former WWE Superstar talks about the manner in which he would like to be involved with the pro wrestling business.

“You know what, my goal is to pay it forward. If I could give any advice to anybody that wants to listen or anything I’m on the same card with. If I could give you the advice that Arn Anderson, Steve Keirn, Ricky ‘The Dragon’ Steamboat, Gerry Brisco, Jack Lanza, Pat Patterson — any of those greats that I had the chance [to work with]. I had a 10-year career with WWE, I had the ability or the chance to work with all those great agents. And they were able to give me a piece of the puzzle, or what worked for them. If I could give anything and pay it forward to those who are trying to get where I was or to be better than I ever was which I want everyone to be, that’s my goal. I’m not looking forward to getting into AEW, to WWE, to TNA. I mean, I could probably say that ship’s sailed. If they ever come calling, I’d love to listen to them. But right now, my goal is to get the young people that wanna get there — if I can give them advice and help them get there, than that’s what I want to do. That’s my job, is to help pay it forward.”

Check out the complete 20+ minute shoot interview with Charlie Haas courtesy of the official Hannibal TV YouTube channel below.