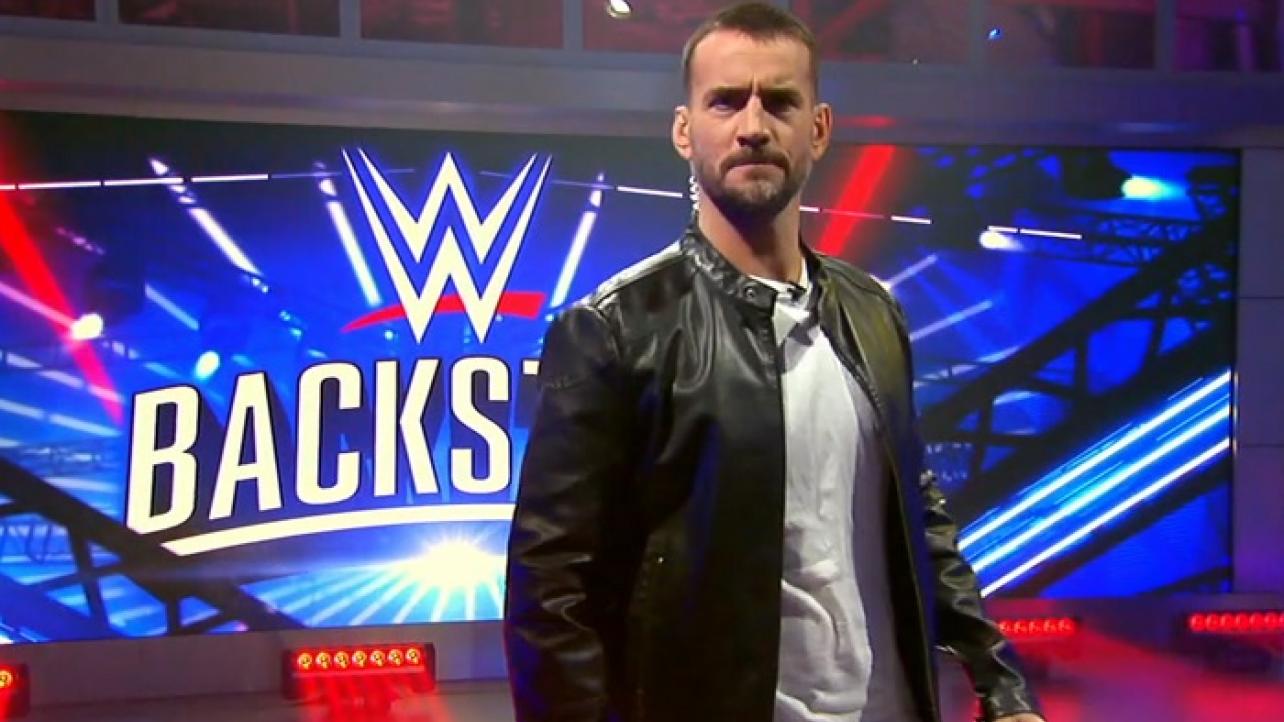 CM Punk made good on WWE’s promise to “make waves” during his return on this week’s edition of WWE Backstage On FOX Sports 1 (FS1) on Tuesday evening.

“The Best in the World” made his second full-length appearance on the FOX-produced studio television series covering the world of WWE on the Tuesday, December 10th broadcast. Punk served as one of the analysts on the panel for the show, weighing in on a number of current WWE-related topics in his trademark unfiltered, “Pipe Bomb” style.

During the opening segment for this week’s show, Punk was asked to give his take on Seth Rollins turning heel and aligning himself with The Authors of Pain on this past Monday night’s WWE TLC 2019 “go-home” edition of WWE Raw.

Fellow WWE Backstage On FS1 analyst and host Renee Young then chimed in, jokingly commenting to Punk about the difference in ring attire for The Authors of Pain compared to The Shield.

“Those poor guys almost crucified themselves wrestling in suits,” Punk fired back. “Because now they’re gonna have to do that every single time.”

Punk added, “They’re gonna be busting the crotch out of those things … guaranteed!”

The rest of the panelists, which included Booker T, Paige and the aforementioned Young, gave their thoughts on the subject before Punk joined back in on the discussion and pointed out that Rollins having “another two guys that are behind him” has been done before, with J&J Security being one example.

“Well, we’ve seen this before with Seth Rollins where he has another two guys that are behind him,” Punk said. “I just don’t wanna see the same thing over and over again.”

It was at this point in the discussion where Punk offered his opinion that Rollins, while entertaining, is simply “not good at being a good guy,” and that WWE’s decision to turn him heel and align him with the AOP is a way for him to do what he’s good at — being the bad guy.

Punk did, however, point out that the ironic thing is that now that Rollins has turned heel and joined up with the AOP, the WWE fans will likely cheer him as if he were a baby face.

Punk concluded, “So, do what you’re good at [and] be the bad guy. And the ironic thing is … now everyone is gonna cheer him.”

NOTE: Please credit Matt Boone (@MattBoone1984) and eWrestling.com with a link if you use any of the above transcribed CM Punk quotes from the 12/10 episode of WWE Backstage On FS1.

The @WWEonFOX report card for second full appearance of @CMPunk on @WWE TV is in!

Ratings have surfaced for 12/10 episode of #WWEBackstage on @FS1 & Viewership is DOWN for #CMPunk-focused show compared to last week’s @WWERollins-focused show!