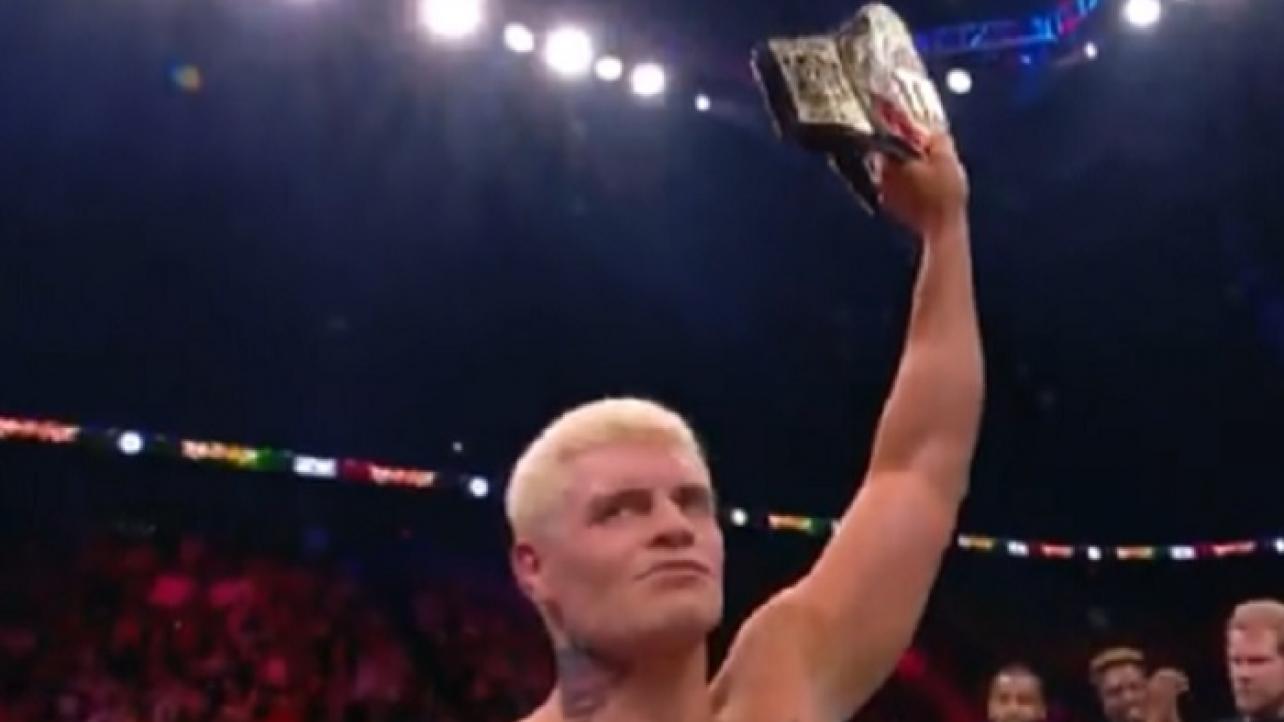 A new TNT Champion was been crowned this week at the historic Greensboro Coliseum in Greensboro, North Carolina.

“The American Nightmare” defeated “The Spanish God” after Guevara attempted a 630-splash off the top-rope and landed on the knees of Rhodes. Rhodes then followed up with back-to-back Cross-Rhodes spots before finishing the Inner Circle member off with a Tiger Driver ’98 for the pin fall victory.

With the win, Rhodes will now head into the final week of AEW programming on TNT with next week’s “New Year’s Smash” special themed editions of Dynamite and Rampage on Wednesday and Friday night, respectively. The shows will mark the final broadcasts of AEW on the TNT network before they transition over to their new cable home of TBS with the debut Dynamite on TBS show scheduled for January 5, 2022.

Check out videos and photos of Cody Rhodes celebrating his TNT Championship victory in the main event of the AEW Rampage: Holiday Bash special event from Christmas night by viewing the tweets embedded below. The tweets come courtesy of the official AEW, as well as AEW on TNT Twitter feeds, along with the Twitter feed of eWN’s own @MattBoone0709.

…and NEW #TNT Champion — @CodyRhodes! “The American Nightmare” defeats @sammyguevara to capture the title as first-ever TWO-TIME @tntdrama Champion and will be the final #TNTChampion heading into the last-ever #AEWonTNT shows next week on #Dynamite: #NewYearsSmash (#PHOTOS) pic.twitter.com/yxOK8h2ki2

David Crockett presents the @AEWonTNT Championship belt to #CodyRhodes closing out the #AEWRampage: #HolidayBash #CodyRhodes rolls into #AEWDynamite this WEDNESDAY night at 8/7c on TNT as TNT Champion on the Final Dynamite on @tntdrama pic.twitter.com/V7NS1ne7TU

Not 1, not 2, but 3-times a TNT Champion for @CodyRhodes. #AEWRampage on Christmas was wild! pic.twitter.com/qRtOLCq9qH