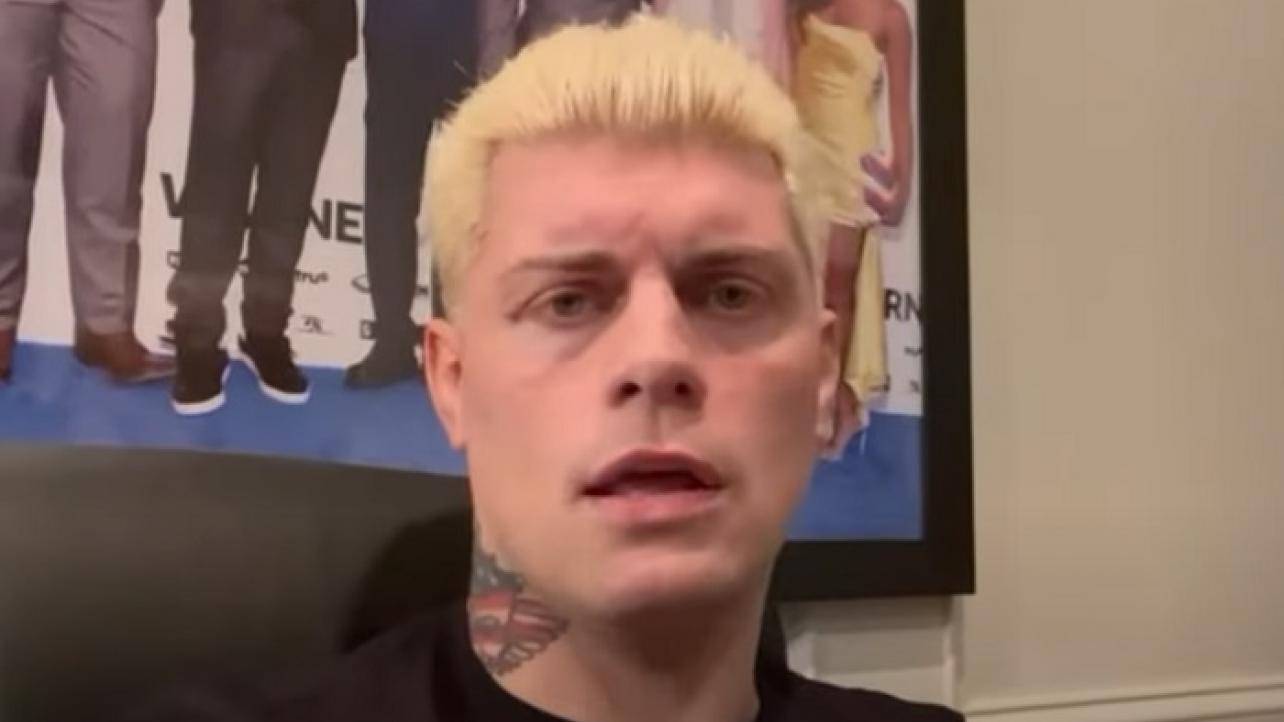 If you’re a fan of AEW, get ready to go on a ride that you’ve never been on before.

Cody Rhodes appeared on the latest edition of Sammy Guevara’s video blog, during which he spoke directly into the camera near the end of the episode and made a couple of interesting comments.

“The American Nightmare” reacted to becoming the first-ever three-time TNT Champion by defeating “The Spanish God” of the Inner Circle at the AEW Rampage: Holiday Bash special event.

Additionally, the AEW executive and in-ring performer noted that he is thankful to the fans that cheer him and boo him, claiming both sets of fans are “getting ready to go on a ride that’s just bizarre and it’s not the path that you think,” while promising that they won’t be doing what has been done in the past when situations like this come up.

Featured below are some of the highlights of comments made by Cody Rhodes in the episode, as well as a complete archive of the video blog.

Check out Sammy Guevara’s complete video blog via the YouTube player embedded below courtesy of the official channel of “The Spanish God” of The Inner Circle in AEW. H/T to WrestlingNews.co for transcribing the above quotes.