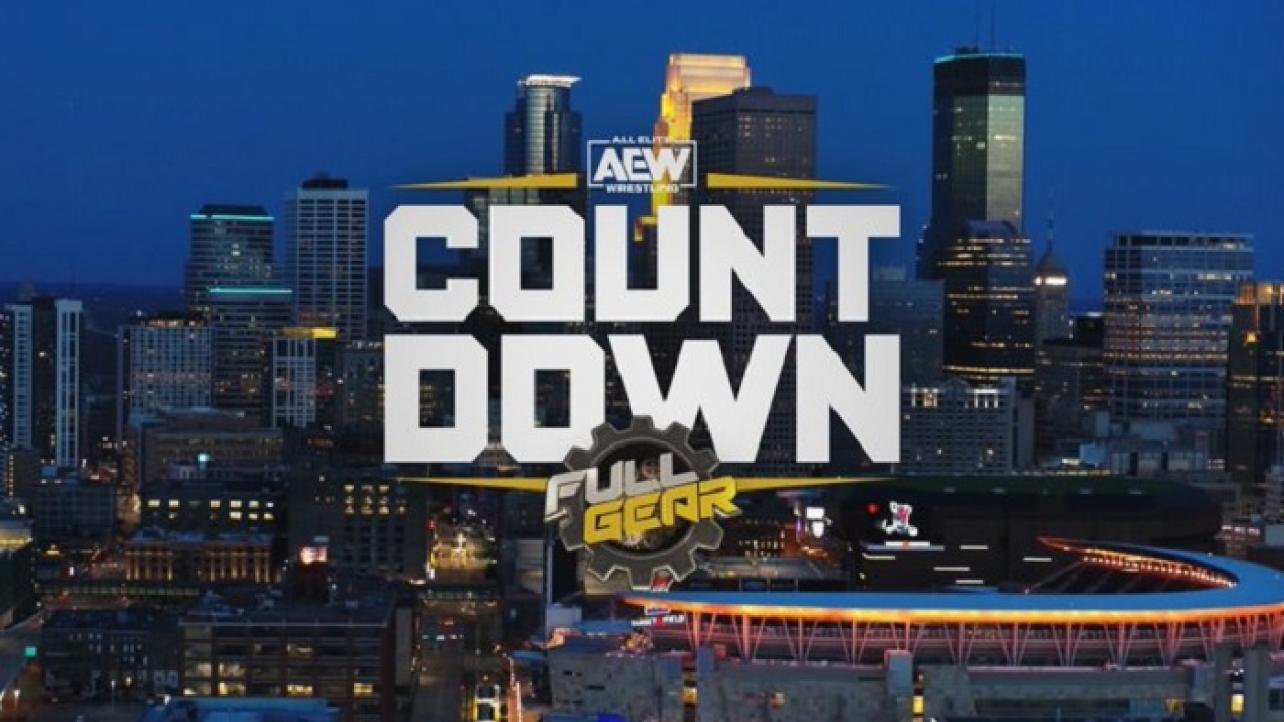 It’s Saturday, and you know what that means …

All Elite Wrestling returns to the Target Center in Minneapolis, Minnesota for the second straight night, as they present their AEW Full Gear 2021 pay-per-view.

On tap for tonight’s show is Hangman Page vs. Kenny Omega for the AEW Championship, Dr. Britt Baker vs. Tay Conti for the AEW Women’s Championship, Bryan Danielson vs. Miro in the finals of the AEW Title Eliminator tournament, Inner Circle vs. American Top Team & The Men of the Year, Lucha Bros vs. FTR for the AEW Tag-Team titles, Darby Allin vs. MJF, CM Punk vs. Eddie Kingston, Christian Cage & Jurassic Express vs. The Super Kliq, Cody Rhodes & PAC vs. Malakai Black & Andrade El Idolo and more.

Following the AEW Rampage go-home show for the PPV on Friday night, AEW premiered the complete extended edition of “Countdown to AEW Full Gear,” which they subsequently released in full via their official YouTube channel.

Watch the complete video for the PPV below, and make sure to join us here at eWrestling.com this evening for live AEW Full Gear 2021 results coverage from Minneapolis, MN.