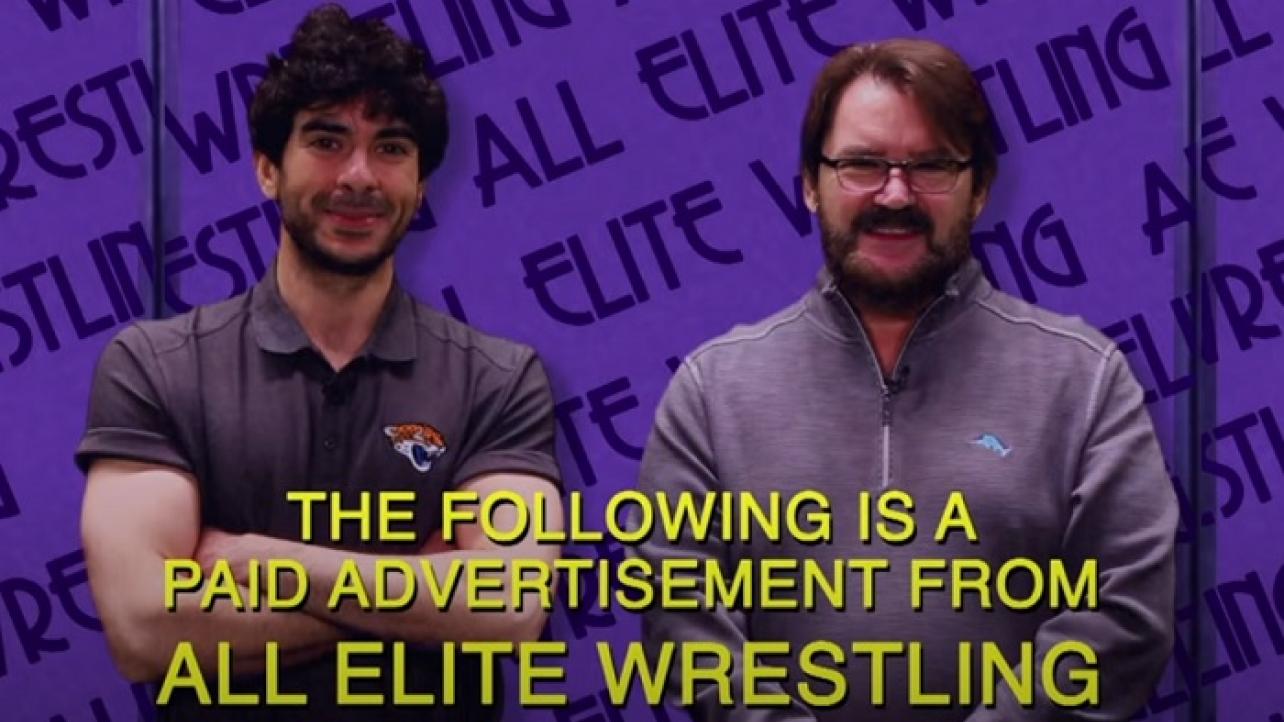 The boss man and one of the voices of AEW appeared during the Tuesday, December 8, 2020 episode of IMPACT On AXS TV via a “paid advertisement” that aired on the show.

During the segment, Khan spoke with Schiavone about the shocking conclusion to the AEW Dynamite: Winter Is Coming special on TNT last Wednesday night, which saw Kenny Omega — via an assist from IMPACT Wrestling Co-Vice President Don Callis — defeat Jon Moxley to capture the AEW World Heavyweight Championship.

The “paid ad” featuring Khan and Schiavone saw the two formally invite Kenny Omega and Don Callis to appear on AEW Dynamite on TNT this Wednesday night, December 9, 2020 at Daily’s Place amphitheater in Jacksonville, Florida. They also advertised some of the featured matches scheduled for the show this week, as well as the first words from the newest addition to the AEW roster — “The Icon” Sting.

Near the end of the paid advertisement segment, AEW President & CEO Tony Khan, a noted billionaire along with his brother, whom he co-owns the NFL’s Jacksonville Jaguars franchise with, joked about possibly buying IMPACT Wrestling.

Watch the complete two-plus minute “paid advertisement” appearance by Tony Khan and Tony Schiavone from the Tuesday, December 8, 2020 episode of IMPACT Wrestling On AXS TV via the YouTube video embedded below.

Also embedded below is a tweet from IMPACT Wrestling Co-Vice President Don Callis responding to the Khan and Schiavone appearance on IMPACT On AXS TV this week.

For those who missed the show this week, check out our detailed IMPACT Wrestling On AXS TV Results (12/8/2020) here at eWrestling.com.

Additionally, you can watch the entire Kenny Omega and Don Callis interview segment with Josh Mathews from the Tuesday, December 8, 2020 episode of IMPACT Wrestling On AXS TV right here at eWrestling by clicking here.

Thanks @TonyKhan as EVP i will put your infomercial money to good use and make sure @KennyOmegamanX and i have a special trip to #Dynamite https://t.co/hr1wYiWPtW