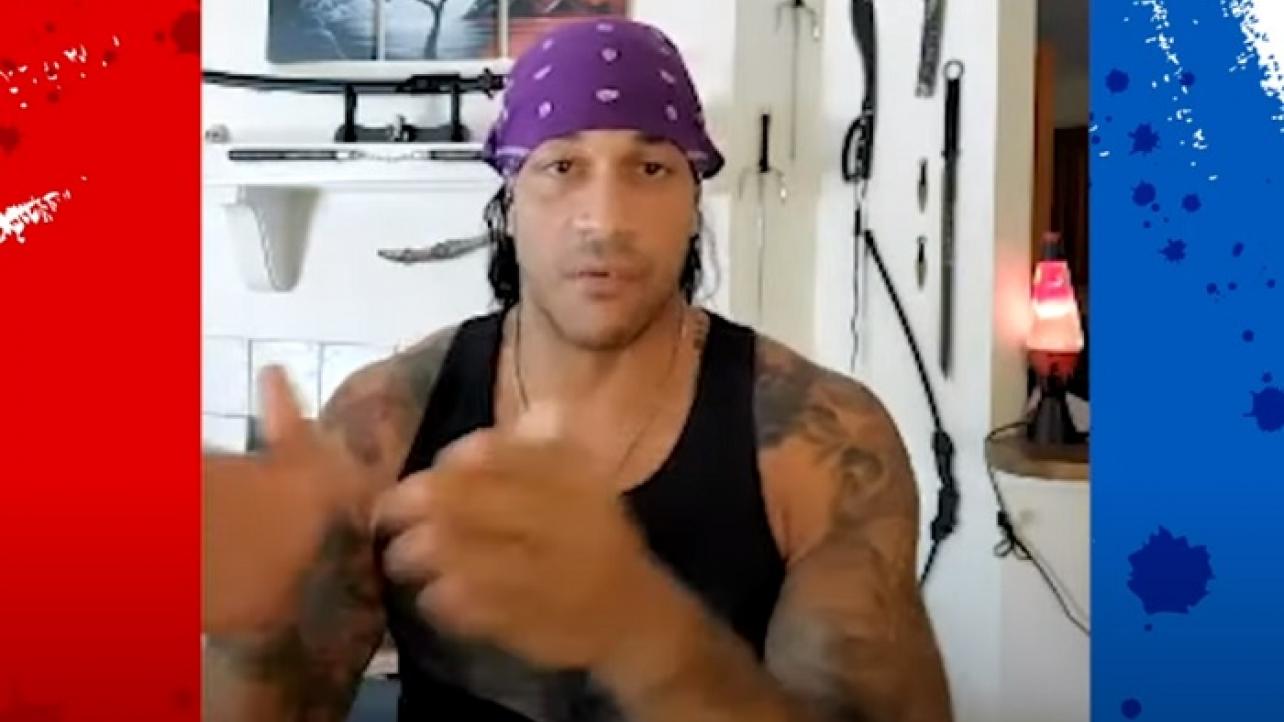 Damian Priest recently appeared as a guest on the Gorilla Position podcast for an in-depth interview about his pro wrestling career to promote the upcoming NXT Halloween Havoc live special event on the WWE Network.

Featured below are some of the highlights of the new Gorilla Position podcast interview with NXT North American Champion Damian Priest.

On his experiences in his first-ever ladder match at NXT TakeOver XXX: “Yeah, so there was also a different kind of pressure going into that match, because I was the only one in the match that has never been in a ladder match. And I remember just to kind of warm up to the idea, I went to the PC and I asked them to put a ladder in the ring, just so I could stand on it. Just to see what it felt like and the height. Because I had so many ideas, and I’m like ‘Aw man, I’m going to destroy this match! We’re gonna go crazy!’ And then I climbed that ladder and I was like, ‘Nope!’ And I got right back down. Man, it’s scary. I’m not the biggest fan of heights, so… I know that sounds weird considering some of the things I do. But every time I go to do one of those crazy, high-risk maneuvers in the moment, instantly I regret it.”

On watching past ladder matches and preparing ahead of his own ladder match debut: “I didn’t watch them at the PC, so I did watch them at home. I can’t even count how many ladder matches I watched in preparation. And I got absolutely nothing out of them, because I was like, ‘These guys are just so good! They’re so good at this. I can’t do any of this!’ [laughs] And I asked tons of questions from a lot of people that have been in ladder matches, just big brains and legends and stuff. So I think that helped.”

Check out the complete Damian Priest interview from the Gorilla Position podcast below, or by clicking here.

(H/T to 411Mania.com for transcribing the above Damian Priest interview quotes.)