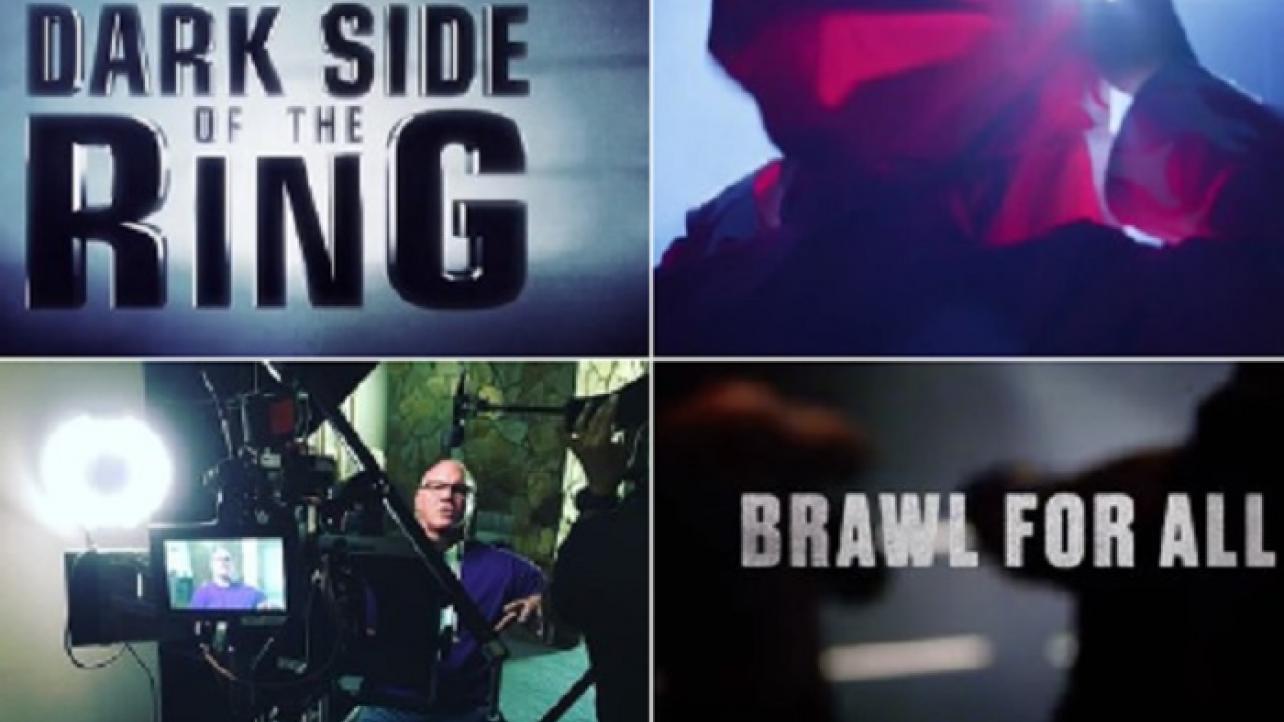 One of the most anticipated episodes in the short history of the critically acclaimed behind-the-scenes pro wrestling documentary series, Dark Side of the Ring, is finally here.

The fourth episode of the second season of the popular docu-series dubbed “Brawl For All” premieres tonight, Tuesday, April 7, at 10pm EST.

The new show will focus on the stories behind the infamous WWE shoot-fighting tournament that took place during the early days of the “Attitude Era,” with eventual tourney winner Bart Gunn, tourney participant The Godfather, and top behind-the-scenes WWE executives from that era such as Jim Ross, Vince Russo and Jim Cornette included in exclusive interviews in the episode.

The official synopsis for VICE TV’s Dark Side of the Ring (S2E4): Brawl For All episode reads as follows:

“The WWF recruited several legit tough guys to compete in their first-ever prize-fighting tournament. From DARK SIDE OF THE RING, Tuesdays at 10p on VICE TV.”

Watch the Dark Side of the Ring “Brawl For All” full episode summary in the following video.

Before his epic run in the “Brawl For All” tournament, Bart Gunn was one-half of the WWF tag team The Smoking Gunns with his kayfabe brother @RealBillyGunn.

The Brawl For All episode of @DarkSideOfRing airs tonite on @VICE , and I know at least ONE person who’s not going to like what I said. https://t.co/C5sRJQqk9p