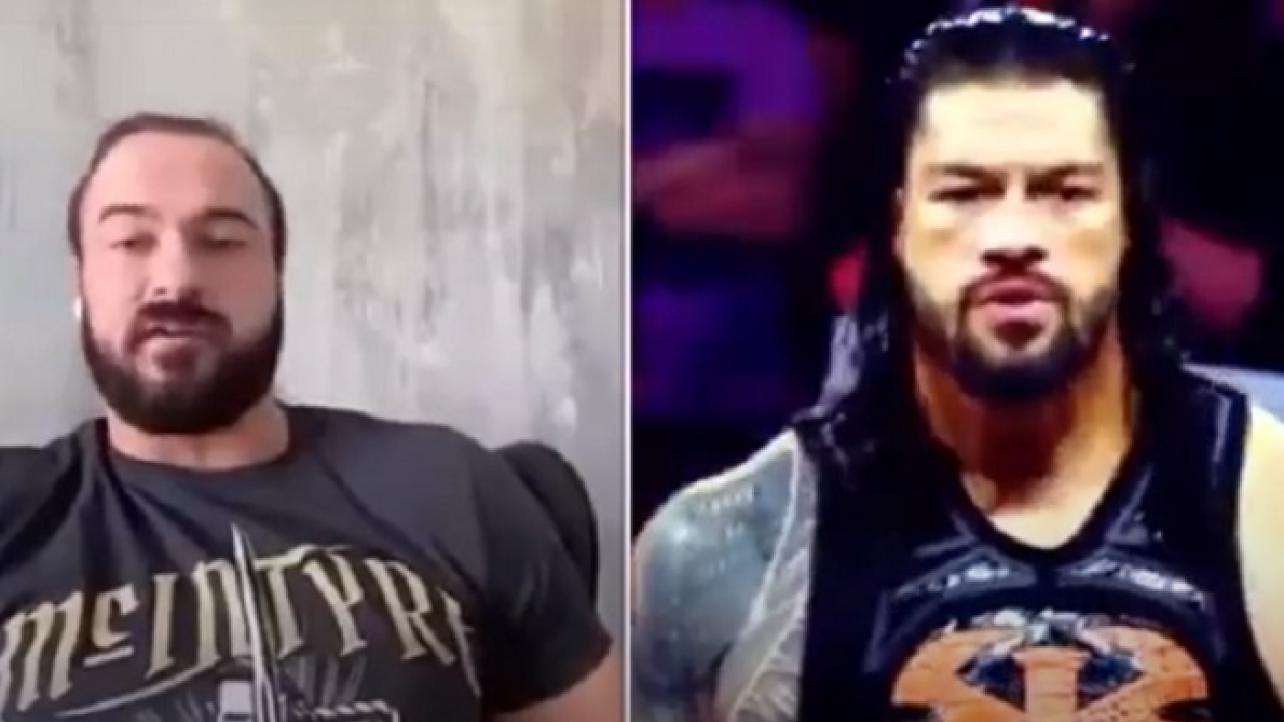 Could a future champion versus champion showdown be in the works in WWE?

“If I could only have one title I would like to have a super match with Roman Reigns for the Universal Championship and create a dominating champion; that would be a tremendous match. Roman is the guy who has proven his worth for many years and even though now he has had a short period of absence but it has returned with a different attitude, a new look, bigger and stronger than he ever was and he still has a talent for framing and that’s what I want to show, that I can be the Superstar that he is and it is inevitable that in the future we will have a match between Drew McIntyre and Roman Reigns, title versus title, that would be the biggest match.”

Reigns and McIntyre have clashed before in the past, including at last year’s WrestleMania 35, one of the Big Dog’s first bouts back since his return from his battle with leukemia.

Watch video of the Drew McIntyre appearance on The Vibe & Wrestling Show where he talks about a potential champion versus champion showdown against Roman Reigns below.

REACTION: What Do YOU Think Of MCINTYRE vs. REIGNS?