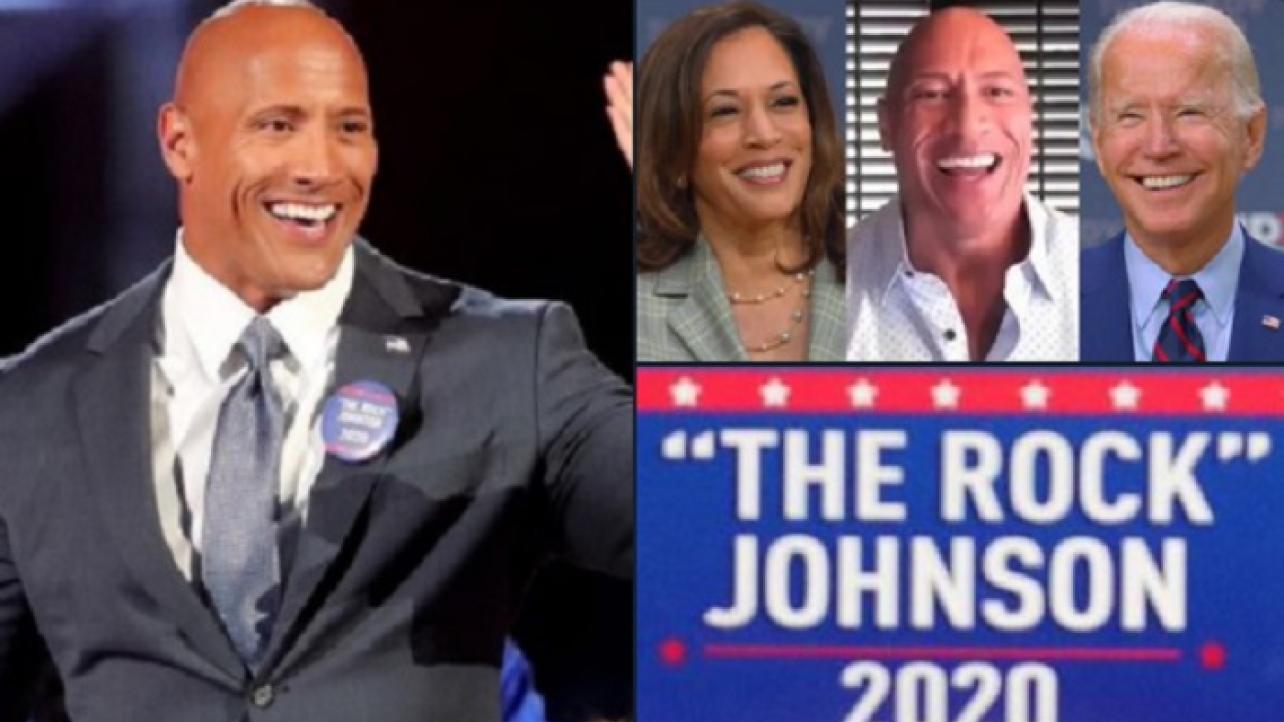 Dwayne “The Rock” Johnson has come out with his first-ever public endorsement of a U.S. Presidential candidate this weekend.

The future WWE Hall Of Fame legend turned A-list Hollywood actor and producer released a video in public support of Joe Biden and his running-mate Kamala Harris, the Democratic ticket for the 2020 U.S. Presidential Election.

“As a political independent [and] centrist, I’ve voted for both parties in the past,” wrote Johnson in a tweet released on Sunday that included the aforementioned video. “In this critical presidential election, I’m endorsing Joe Biden [and] Kamala Harris.”

Johnson noted that he is a registered independent with centrist ideologies, but after meeting Biden and Harris and because he considers this a “critical election,” he is offering his full public endorsement for the Democratic running-mates.

Check out the video released by Dwayne “The Rock” Johnson via his official Twitter page below.

As a political independent & centrist, I’ve voted for both parties in the past. In this critical presidential election, I’m endorsing @JoeBiden & @KamalaHarris.

For those who missed it, back in June, The Rock posted a video on his Instagram page where he didn’t have too many kind words to share regarding his thoughts of Donald Trump, the current sitting U.S. President, and the administration he has led for the past four years.

You can check out Dwayne “The Rock” Johnson’s eight-minute video about Donald Trump via the post embedded below from his official Instagram page.

Our country is crippled and on its knees, begging to be heard and pleading for change. Where is our compassionate leader? The leader who unifies and inspires our country at our most painful time when we need it the most. The leader who steps up and takes full accountability for our country and embraces every color in it. The leader who picks our country up off its knees and says you have my word – we got this – and together, change will happen. Where are you? Because we’re all here. Maybe one day that galvanizing leader will emerge. Either way, the process to change has already begun. #normalizeequality #blacklivesmatter

REACT: What Do YOU Think Of The Rock Backing Joe Biden?

It looks like #DwayneJohnson, aka #TheRock, will be casting a #VoteBlueToEndThisNightmare against #DonaldTrump in #Election2020, as the #WWE legend posts video offering first public endorsement for #US #President for #JoeBiden