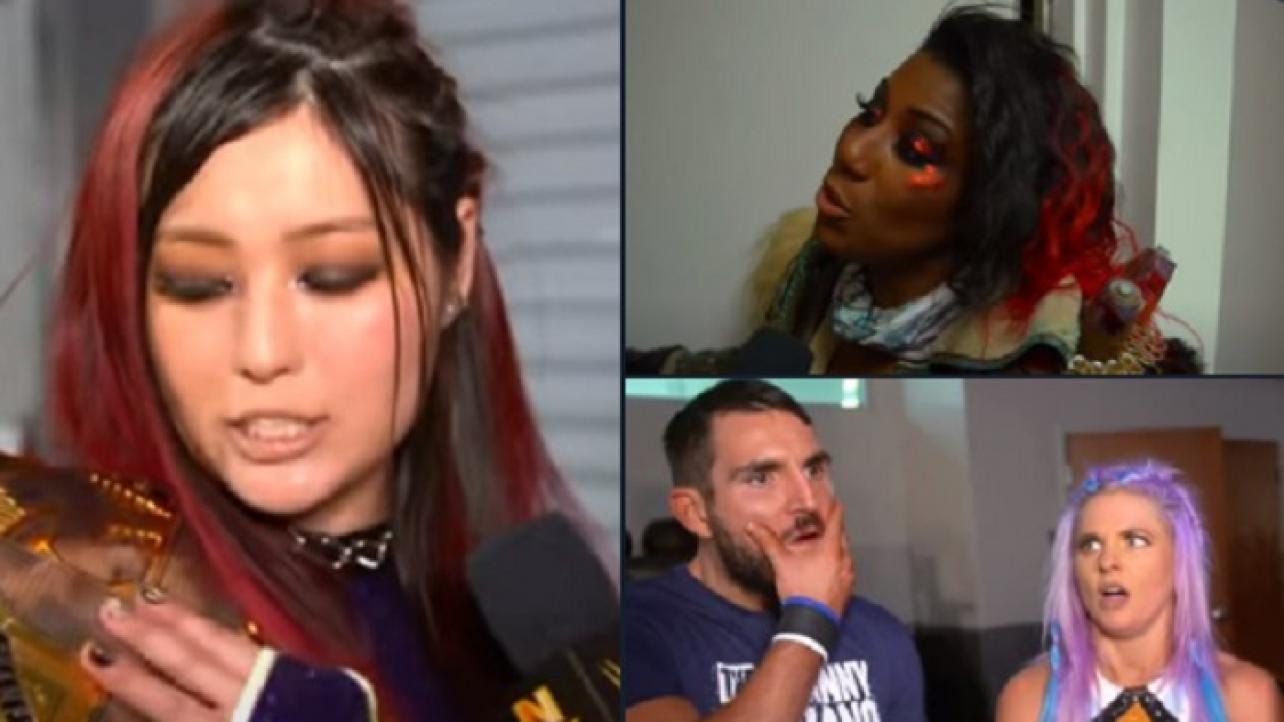 The women’s division is on fire following an eventful evening in the brand new Capitol Wrestling Center in Orlando, Florida on Sunday night.

At the NXT TakeOver 31 special event, which streamed live on the WWE Network from the aforementioned rebranded and redesigned venue inside the WWE Performance Center training facility on October 4, 2020, two significant returns took place during the NXT Women’s Championship contest.

Former NXT UK Women’s Champion Toni Storm appeared on the titan tron while the match was in progress on Sunday night, while Ember Moon appeared live at the top of the entrance stage after reigning, defending NXT Women’s Champion Io Shirai retained her title with a victory over Candice LeRae.

Following the NXT TakeOver 31 special event on Sunday night, the WWE digital team caught up with Ember Moon, Io Shirai and The Gargano’s — Johnny Gargano and Candice LeRae. The WWE web and social media crew spoke with the four black-and-gold brand performers to get their comments on everything that transpired during the lively NXT Women’s Championship showdown between “The Genius of the Sky” and “Poison Pixie.”

Check out the post-NXT TakeOver 31 digital exclusive interviews from backstage at the Capitol Wrestling Center with Io Shirai, Ember Moon and the duo of Johnny Gargano and Candice LeRae via the three YouTube videos embedded below from the official YouTube channel of WWE.

For those who missed the special event on Sunday night, which featured the launch of the aforementioned Capitol Wrestling Center venue that will serve as the new home for the WWE NXT brand on a weekly basis going forward, check out our detailed NXT TakeOver 31 Results From The Capitol Wrestling Center In Orlando, FL. (10/4/2020) here at eWrestling.

Watch #EmberMoon, Io Shirai and The Gargano’s react to the madness that transpired during the eventful #TakeOverCL women’s title bout! (VIDEOS)