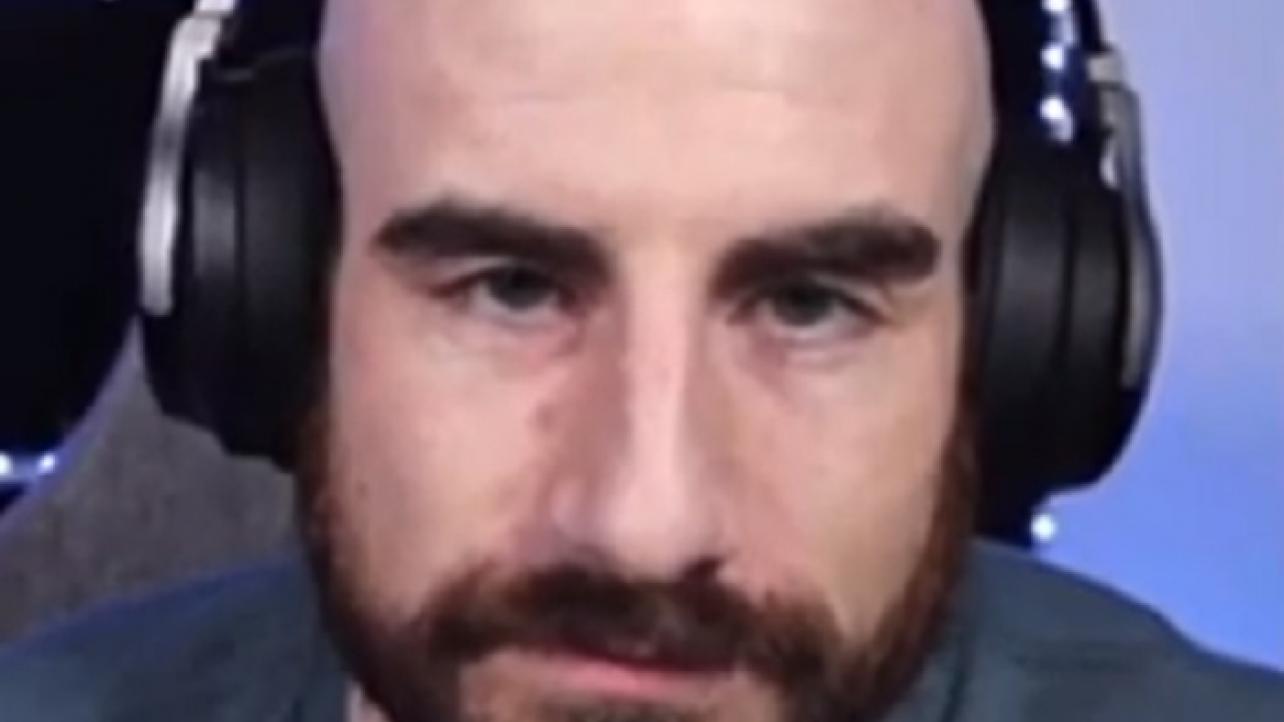 During his appearance on the popular pro wrestling program, Rehwoldt spoke about his interest level in joining AEW, possibly working alongside “The Best Man” Miro again and reveals an idea he once pitched to WWE regarding Brodie Lee / Luke Harper.

Featured below are some of the highlights of the new Matt Rehwoldt interview, as well as a complete video archive of the discussion.

On being interested in working with AEW and loving the promotion’s early events: “Oh my god, I mean, absolutely. I’ve been-so I’ll be the first to admit it, and maybe, maybe it’s bad business that I do, but like, when I was with WWE and AEW was first coming around, I remember being very impressed by the All Out events, that, you know, Cody, and them, everybody, through. I thought those were very cool, but when I heard, hey, they are gonna do weekly tv, their gonna, potentially, go head to head with, I was like… ehh that’s tough guys, good luck, you know, it’s gonna be tough going up, you know, to really have the money, the time, all the infrastructure to go up against the other big company. I was, I was a little skeptical. I’ll be perfectly frank.”

On AEW doing a solid job putting out content during the pandemic: “Each week they’ve really shown, and they’ve grown and grown and grown, and especially I think during this pandemic, they’ve done a really good job of doing what they could, and, you know, creating really great content, and I’ve just really been impressed, more and more, as time has gone on, so like, which I’m very happy to see. Because sometimes those new things, they can be the shiny toy that loses its luster after 6 months, you know what I mean?

On how great the working environment is: “You know, everybody might be there for the first 6 months worth of episodes, but they’re still holding strong, and I, and I love what they’ve done, and I know, many of my friends, as we’ve seen, former colleagues, and friends, have gone there, and in speaking with them….I hear nothing but amazingly positive things, for the atmosphere, the upper management, behind the scenes, like everyone pretty much, just flat out, across the board is like, “dude it’s a great working environment, great people, etcetera” so that’s the thing, when I hear that from people, I love and respect, that’s what resonates most with me, as a talent. So, I mean, if the opportunity is there, and you know, they’re interested, and we have something we can do together, abso-freaking-lutely!”

On a possible reunion with Miro in AEW: “People always ask about reunions, and to be fair, I don’t know if I would want a reunion with Miro, per se. And the same thing, I think he would say the same thing, and I tell everybody this, because everyone’s like, “Oh, go here, and reunite with this. Go here, and reunite with this.” You don’t want that, trust me, because no matter what you do, it will feel-unless you have the greatest idea in the world, you risk really trying to rehash something that was successful before. And you, your kind of, you’re using another company’s idea, in an essence. So, if the opportunity is right, and to maybe in a different capacity, I don’t want to try to make, “Miro Day”, I don’t want to do, “the Vaudevillians 2.0” you know what I mean? If we were to get together, and create something new, and you know, hey, we can play off the story of our previous relationships, in either of those cases, great. But it has to be, it has to be done right, that’s the one thing I always want to emphasize to people, build new, don’t live in the past, always be pushing yourself forward, and create something new, and better.”

On how he pitched WWE a feud to work with Luke Harper/Brodie Lee: “So, we were trying to get a TV rivalry going actually, for a while in the summer of 2017. To the point, where we kind of like, just made the social media team post stuff about us, even though no creative had given us, like the go ahead that anything was happening. Like at house shows, because we were wrestling at house shows, and having a lot of fun. And so like, we did this thing where I was kind of like stalking him. I thought like-we’d get pictures of me like, following him on his ring entrance with him not noticing, or anything, and like, we did TV in Rochester, which is his hometown, and like, they filmed us backstage, and like, I took a picture of me burning like, the Rochester Times with his picture on it, like “Homecoming” it was, like all this goofy stuff, and like, we even filmed like, a .com segment, where like, I kind of confronted him very briefly, and a-but they just, they never went with it, but I don’t know why because silly things like that happen all the time.”

Watch the complete Aiden English (Matt Rehwoldt) interview from the Wrestling With Awareness podcast via the YouTube video embedded below.