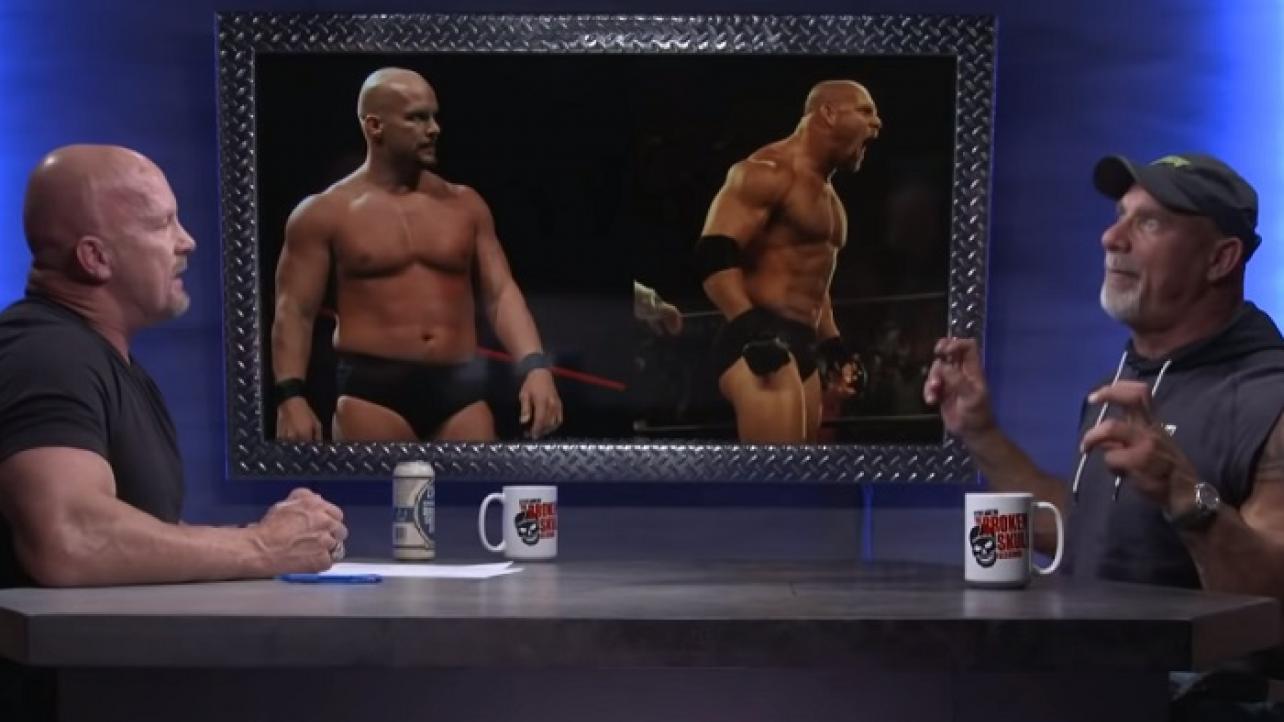 It appears that things are going to get pretty interesting when “Stone Cold” Steve Austin and Bill Goldberg sit down for the sophomore installment of “The Broken Skull Sessions” podcast on the WWE Network this Sunday night after the WWE TLC 2019 pay-per-view.

Ahead of the premiere this Sunday night, WWE has released a couple of sneak-peek preview videos that shows some of the back-and-forth between the two WWE Hall Of Fame legends.

At one point during the discussion, the two chat about the perception from the fans that Goldberg was WCW’s response to the super-successful “Stone Cold” Steve Austin character.

“You, being Steve Austin … I was the ‘copy-cat’ over at WCW,” said Goldberg during the discussion, as seen in one of the two sneak-peek videos that WWE released to promote Sunday night’s new episode of “The Broken Skull Sessions.”

The two also talk about Goldberg’s legendary undefeated streak in WCW, which was the story line that ultimately catapulted his character over-the-top as a main event-level performer.

“The streak was organic,” said Goldberg, which prompted ‘The Texas Rattlesnake’ to reply, “So, there wasn’t a lot of planning?”

“There was no planning,” Goldberg revealed.

Check out video highlights of episode two of “The Broken Skull Sessions” podcast with Steve Austin and Bill Goldberg below.