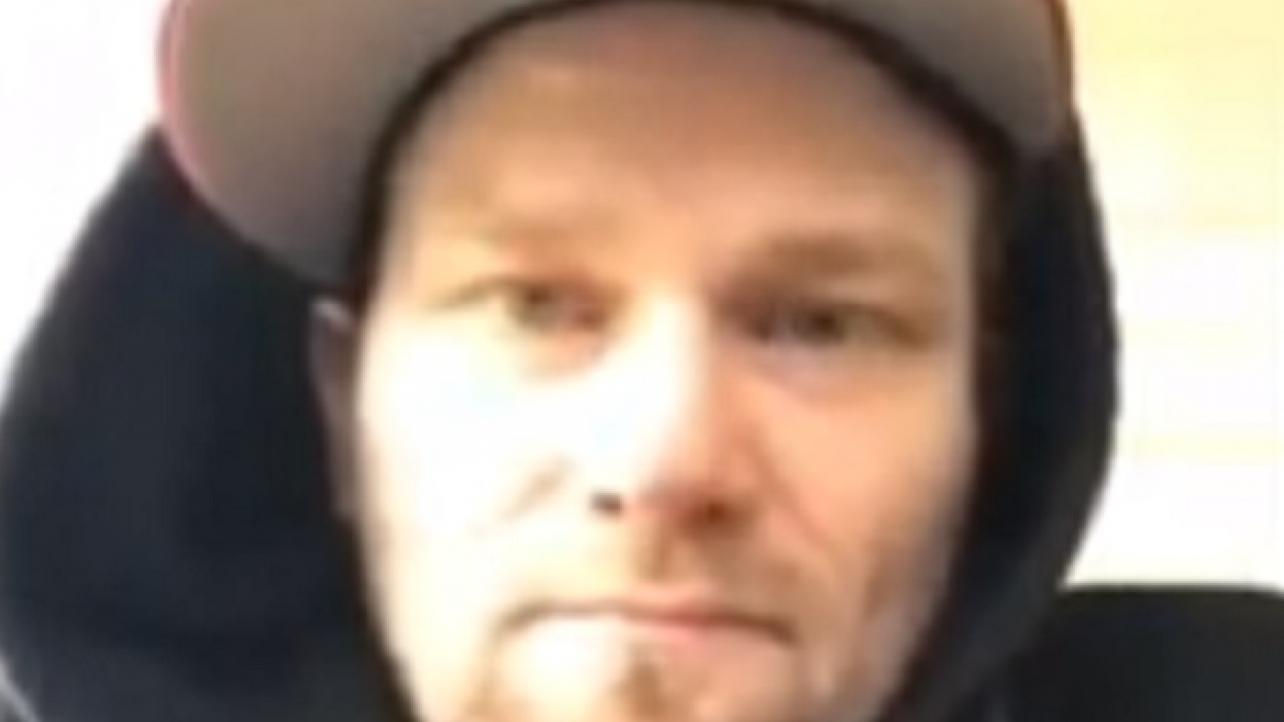 During his appearance on the show, Crist spoke about his IMPACT Wrestling run and the X-Division Championship, the independent wrestling scene in Ohio, hoping to establish himself as a singles wrestler and more.

Featured below are some of the highlights, as well as a complete video archive of the new Jake Crist interview.

On the indie scene in Ohio: “It was very, very different than what it is today. It was a different time. I mean, I know a lot of people say that, but when I was getting in, I broke in 2002. I was probably around the Dayton area, was probably wrestling for about a year, and then decided to go to Cincinnati to Heartland Wrestling Association. And I was actually still a senior in high school.”

On hoping to establish himself as a singles wrestler: “Yeah. I’m excited. I’ve been a part of a group my whole entire 18 years of being a wrestler.So it’s like either tag team or in a group. I loved it. Don’t get me wrong, I mean, I love my experience, but now it’s time to bet on myself. It’s time to see what I have to offer. Not only to myself but to my fans as well. I want to prove to everybody that I am a singles star.”

On being typecast as a tag wrestler: “With us breaking in the same time and being brothers – back in the day it was always gimmicky. There was hardly any families in wrestling, and if it was, you know, they just loved it, and they just used that to their advantage. That’s exactly what happened with us as a tag team. They just, you know, being a brother and [happening] to be in the business, they just linked us together as a team. When we first started we weren’t a team. We were singles, and we did stuff in
DCW it was called. Dynamic Championship Wrestling in Dayton. No, actually, it was called Dayton Championship Wrestling, and then it went to Dynamic Championship Wrestling.”

On how he felt about his X-Division championship run: “I just saw it as a major opportunity that the company was putting stock in me. And, plus, it was my very first major championship I ever won. I think about AJ Styles I think about all the guys that’s held this championship. Chris Sabin, Christopher Daniels, the list goes on and on and on on how many great people have held the X-Division Championship. And, to be able to wrestle one of my best friends for the championship and beating him for it was just the icing on the cake.”

On talks positively about his time at IMPACT: “Oh, no. I loved my time in IMPACT Wrestling. You won’t get a bad word out of my mouth about IMPACT, to be honest. It made me hone myself as a character. They taught me a lot about the business that I didn’t know, and they made me the person that I am today. With the X Division Championship run, I don’t necessarily – I put myself as like a utility player. Whatever position you need me to go out there and play, I’ll be able to go out there and do it. So it was like, if you need me to go out there and be in a group, [I’ll] go out there and be in a group. If you need me to go out there and scale across the wires in an Ultimate X Match, or if you need me to wrap myself in barbed wire – as you could tell, I love deathmatch and deathmatches. I don’t know if it was – I don’t know. The very next night, I wrestled Aiden Prince. But it was actually, you know, it was being taped or whatever. But, the next time you got to see the exhibition X-Division Championship on the line was it was me vs Aiden Prince, and I thought that was an amazing match. Two of my favorite matches at IMPACT Wrestling is Rich Swann and Aiden Prince. I really feel like as a champion if you remember who you beat for and who beat you for it, you did a good job.”

Watch the complete Jake Crist interview from the Spencer Love Wrestling podcast via the video embedded below courtesy of the official YouTube channel of the show.