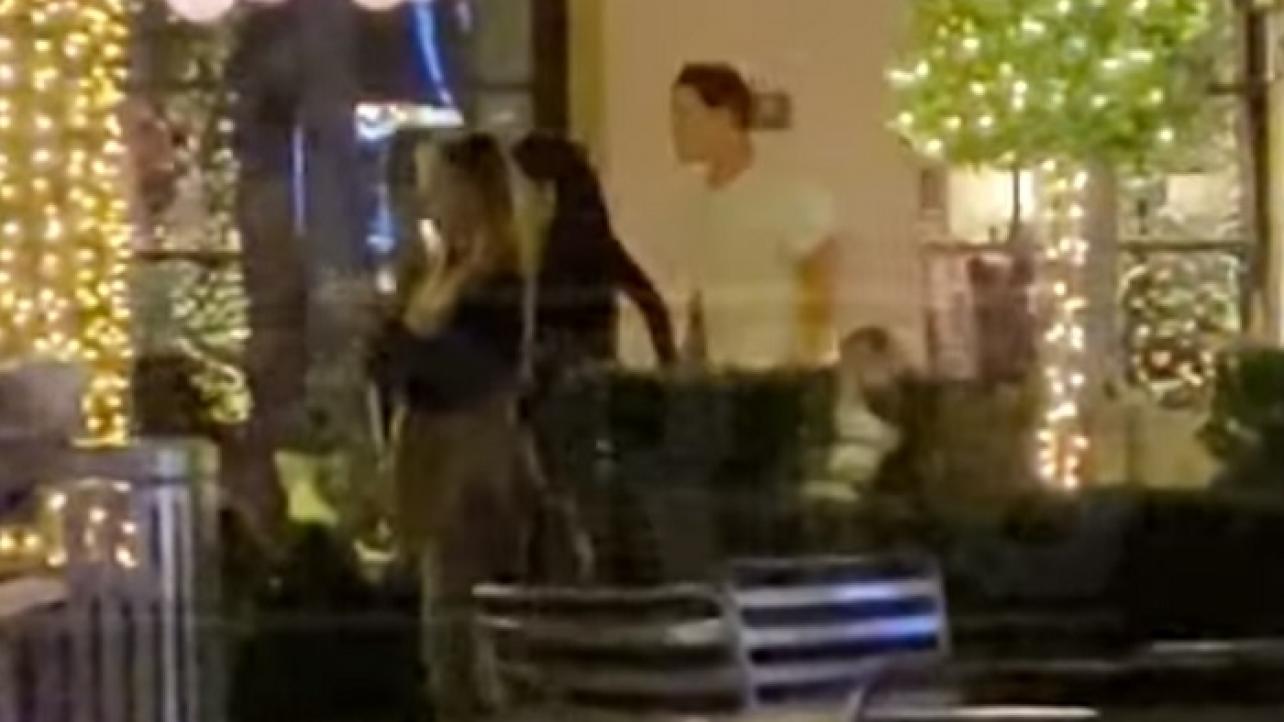 It looks like love is in the air for John Cena … and the timing is nothing short of ironic.

Not only has Nikki Bella moved on, but apparently the leader of the “CeNation” is also in the middle of courting a potential new belle.

A video has leaked online via TMZ Sports that shows the longtime WWE Superstar and emerging Hollywood acting mega-star on a “romantic dinner” with his new girlfriend.

“John Cena does not seem at all bothered by the fact his ex-girlfriend, Nikki Bella, is engaged,” the description of the TMZ video begins. “He’s way too involved in his new relationship.”

Check out the new “John Cena romantic dinner with his girlfriend after Nikki Bella engagement announcement” video below.