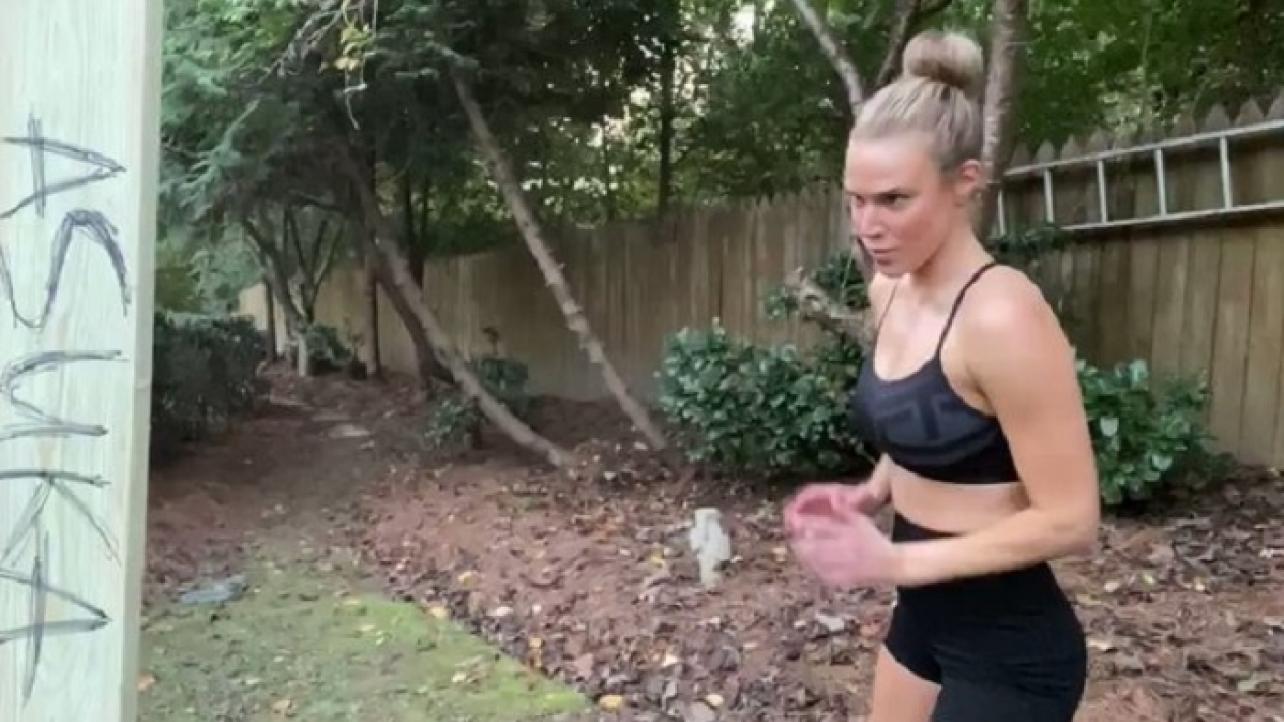 Lana has released a series of videos trashing WWE Raw Women’s Champion Asuka on social media ahead of the season premiere of WWE Monday Night Raw.

Lana released a new video on her Twitter page calling out Asuka ahead of their advertised showdown for the WWE Raw Women’s Championship on the upcoming red brand show on USA Network on 10/19.

“The Ravishing Russian,” who is clearly distraught from not being taken seriously by “The Empress,” declares that she is ready to silence her doubters and become the new WWE Raw Women’s Champion.

Lana became the number one contender by winning a battle royal on last week’s episode of WWE Monday Night Raw.

Since the match was announced, Asuka has trolled Lana on Twitter and mocked her for thinking she had a chance to be victorious when the two meet on the WWE Monday Night Raw season premiere on USA Network on October 19, 2020.

Watch the videos released by Lana, as well as the response from Asuka, via the tweets embedded below, and make sure to join us here at eWrestling.com on Monday night for LIVE WWE Monday Night Raw Season Premiere Results coverage from Orlando, FL!

“Asuka doesn’t believe in me, clearly, Asuka’s laughing — literally laughing at me. Laugh at me, Asuka. Laugh. Does it make you happy? Does it bring satisfaction deep into your soul? Make fun of me, laugh at me. You underestimate me. You think I don’t deserve this shot. You think I’m not worth it, not enough, not strong enough, I’m not brilliant, I’m not pretty enough. Not enough. That’s what you think, Asuka. That’s what you represent, all those people who have laughed and mocked me, and betrayed me, and called me names. This is why I’m ready for Asuka because I’m going to kick your head off, crush your body, and finish you. Because you represent everything I can’t stand, you represent the mean people out there. I’m going to finish you. And become RAW Women’s Champion.”

REACTION: Lana Calls Out Asuka Ahead Of WWE Raw